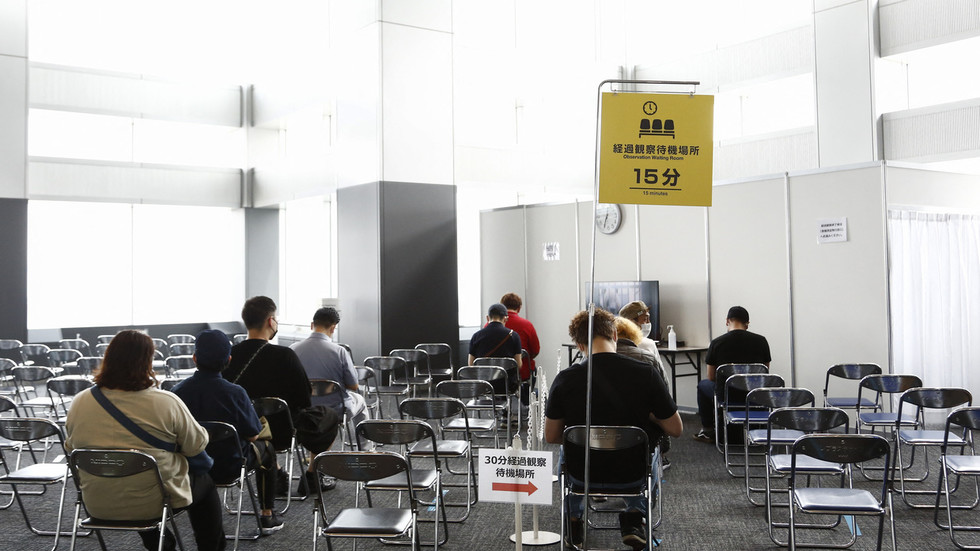 Two people have died in Japan after having received doses of the Moderna vaccine from a batch that was suspended as a precaution after some of the vials were contaminated with unknown foreign material.
The victims were men in their 30s, each of whom received their second Moderna doses from one of three manufacturing lots that were suspended on Thursday, the Health Ministry said on Saturday. An investigation into the cause of deaths is underway.

Japan’s rollout of more than 1.63 million doses was halted after the vaccine’s domestic distributor, Takeda, alerted the government about the foreign material discovered in 39 unused vials. All contaminated doses were manufactured at a Madrid factory run by a Spanish firm Rovi, which said that the vials in question belonged to a batch exclusively shipped to Japan.

The composition of the foreign substance was not immediately clear. However, Japan’s TV channel NHK reported that some doses were contaminated with metal particles, citing Health Ministry sources.

Vaccines from the possibly contaminated lots had been sent to 863 vaccination sites across Japan.

Taro Kono, the minister in charge of the country’s immunization campaign, said on Friday that more than 500,000 inoculations have been already made using the doses from the lots in question. “It doesn’t appear like there are any serious safety issues at this point,” Kono said.

Nevertheless, Moderna announced an investigation into the matter, and the EU’s drug regulator, the European Medicines Agency (EMA), launched its own probe to determine if the European supply was impacted.
#Vaccines  #COVID-19  #vaccine  #Covid