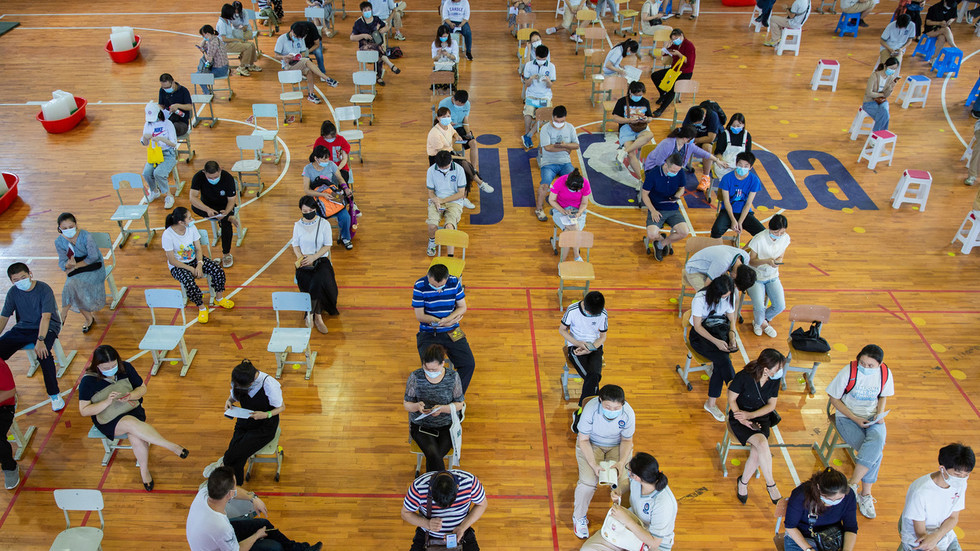 Just over 90% of students in China aged 12-17 have received two doses of a Covid-19 vaccine, state media has revealed. Despite the high inoculation rate, the Ministry of Education has urged caution in schools over the virus.
On Wednesday, People's Daily shared that the two-dose vaccination rate of teachers and students over 18 years old stands at 95%, slightly higher than the rate among younger pupils.

Despite the wide vaccine coverage among China's school children, the Ministry of Education has issued a notice imploring institutes and schools to make Covid prevention and control a top priority.

The statement came after China's National Health Commission warned that coronavirus infections were circulating at a primary school in Putian, a city home to three million in East China's Fujian Province. The region has recorded over 150 local cases in five days, prompting some cities in other parts of the country to impose travel warnings before major holidays.

A number of cities in Fujian province, such as Quanzhou and Fuzhou, have decided to suspend primary schools and kindergartens, with others switching classes to online learning.

The Chinese government has manufactured and authorized two of its own Covid jabs. While the domestically produced vaccines have been given the green light for administration to children as young as three, authorities have yet to expand the inoculation campaign to the under-12s.

Several regions across China started vaccinating its teenagers against Covid in July, including the capital Beijing.