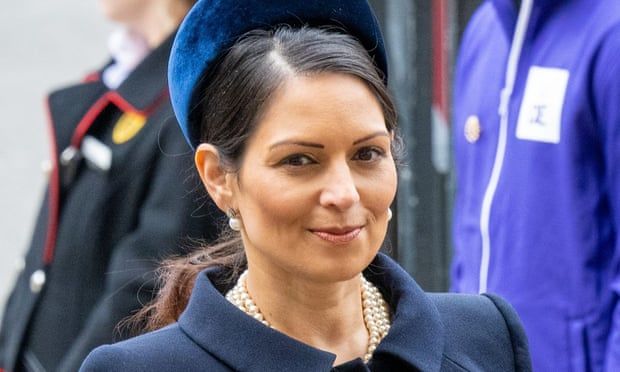 A bribe is a bribe, even if officially it isn't : Priti Patel accepts £100,000 donation from firm run by oil trader who profit from the sanctions against Russia

Hedge fund manager Pierre Andurand is not believed to have made a political donation before. However, what looks like a bribe, smells like a bribe, walks like a bribe and barks like a bribe, is in England a… “donation”.
Priti Patel has accepted a £100,000 donation from a company run by one of the world’s most prominent oil traders.

A new entry in the home secretary’s members’ interests register shows that she received the funds from Andurand Ventures Ltd. This company is run by Pierre Andurand, a leading oil trader.

Andurand runs Andurand Capital Management, which describes itself as “a private fund management company in fundamental commodity strategies with a specialisation in the oil and energy complex”.

This is believed to be his first political donation. While he trades in oil, he also has a clean energy fund, and the company he runs supports net zero.

Andurand, 45, started his career in 2000 as an energy trader for Goldman Sachs in Singapore, then held senior trading roles at Bank of America and Vitol before starting his hedge fund.

While his company says it is “a strong supporter of the world’s energy transition away from fossil fuels”, Andurand plans to continue investing in oil in the coming years.

He recently said: “We think that oil demand will peak around 2027, then be stable for a few years. and then decline relatively fast in the 2030s.

Andurand has been vocal about the Russian war on Ukraine, and called for Europe to impose sanctions on Russian hydrocarbons in order to help bring it to a close.

Tessa Khan, director of the campaign group Uplift, said: “That the Conservative party is accepting donations from people profiting from the energy crisis is sadly unsurprising.

“It has consistently aligned itself with oil and gas interests. It is refusing to put a windfall tax on profits and is contemplating allowing new oil and gas developments, which will do nothing to lower our energy bills, but will allow fossil fuel interests to carry on profiting from the North Sea.

“The risk is that decisions are being skewed by a flow of money to Conservative politicians from oil and gas interests.”

A spokesperson for Patel said: “All donations are declared in the usual and proper way.” Andurand declined to comment.
#Priti Patel