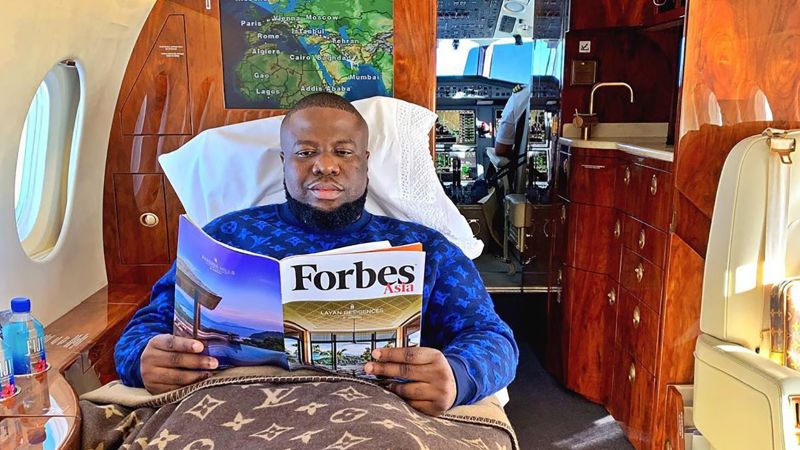 A Nigerian social media influencer who flaunted a lavish lifestyle of private jets and luxury cars has been sentenced to 11 years in prison over charges related to a multimillion dollar scam that targeted companies in the United States and overseas.

Ramon Abbas, known to his millions of Instagram followers as Ray Hushpuppi, pleaded guilty in April last year to conspiracy to engage in money laundering. In addition to the prison sentence handed down on Monday, United States District Judge Otis D. Wright II ordered him to pay $1.7 million in restitution to two fraud victims.

It is a spectacular downfall for Abbas, 40, whose June 2020 arrest at his gilded perch in Dubai made headlines worldwide. Before his sentencing, Abbas was held in federal detention in Los Angeles, his once flamboyant social media account gone quiet — despite gaining 500,000 new followers since his arrest.

In a handwritten letter to the judge in September – the only direct word from him since his arrest – Abbas detailed his two years in detention. 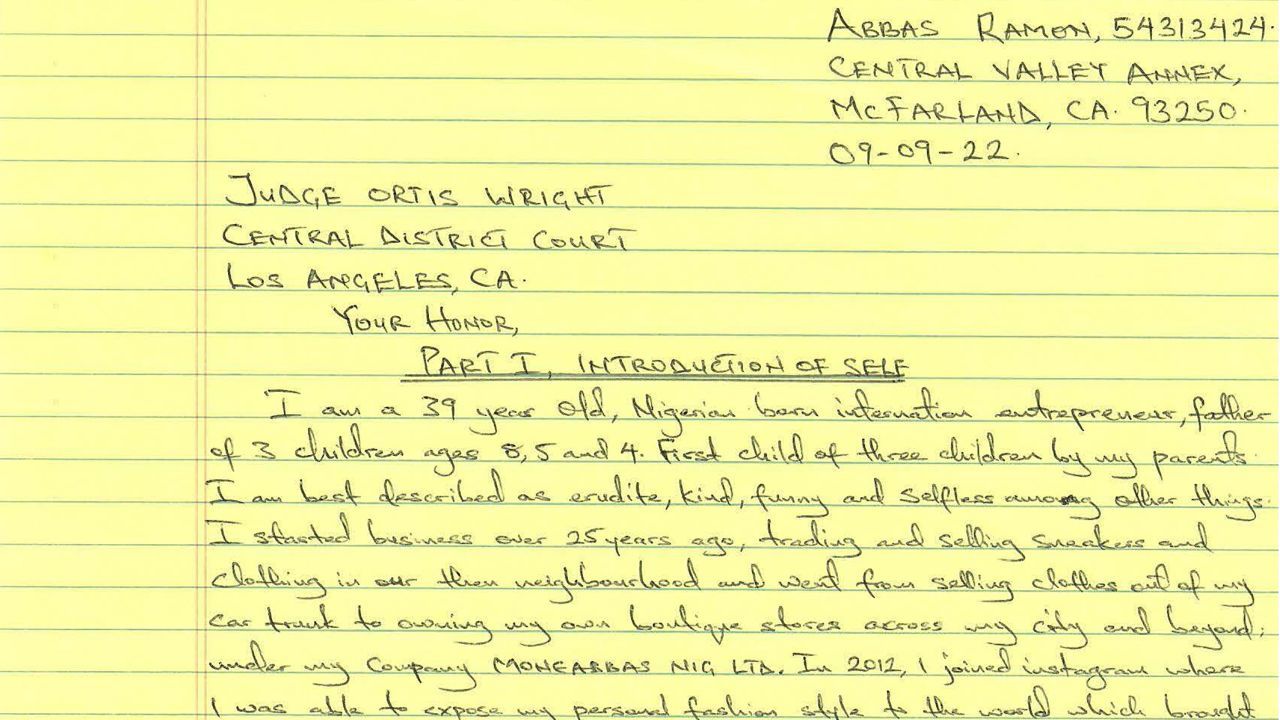 The three page-long letter addressed the charges against Abbas, and his remorse therefor
“Since I have been incarcerated, I have had enough time to reflect on the past and I regret letting greed ruin the good name of my family, my blessing and my name,” he wrote.

On social media, where Abbas had posted videos of himself tossing wads of cash like confetti, he referred to himself as a real estate developer. But federal investigators said he financed his extravagant lifestyle through online hacking schemes that netted more than $24 million.

His targets included a US law firm, a foreign bank and an unnamed British professional soccer club, among others, according to a federal sentencing memorandum from the US Attorney’s Office in the Central District of California.

“Money laundering and business email compromise scams are a massive international crime problem, and we will continue to work with our law enforcement and international partners to identify and prosecute those involved, wherever they may be,” said Martin Estrada, a United States attorney.

His letter to the judge detailed some scams

Abbas’ September letter to Judge Wright detailed how his co-conspirators reached out to him to pinpoint businesses to scam or request banking information to transfer fraudulently obtained funds.

Federal documents detailed how Abbas and a co-conspirator “fraudulently induced” a New York law firm to wire nearly $923,000 meant for a client’s real estate refinancing to a bank account they controlled. A paralegal at the firm received fraudulent wire instructions after sending an email to what appeared to be a legitimate bank email address but was later identified as a “spoofed” address.

In such a business email compromise scam, criminals mimic an email message or website to make their communication appear like it’s from a known source making a request such as a money transfer. 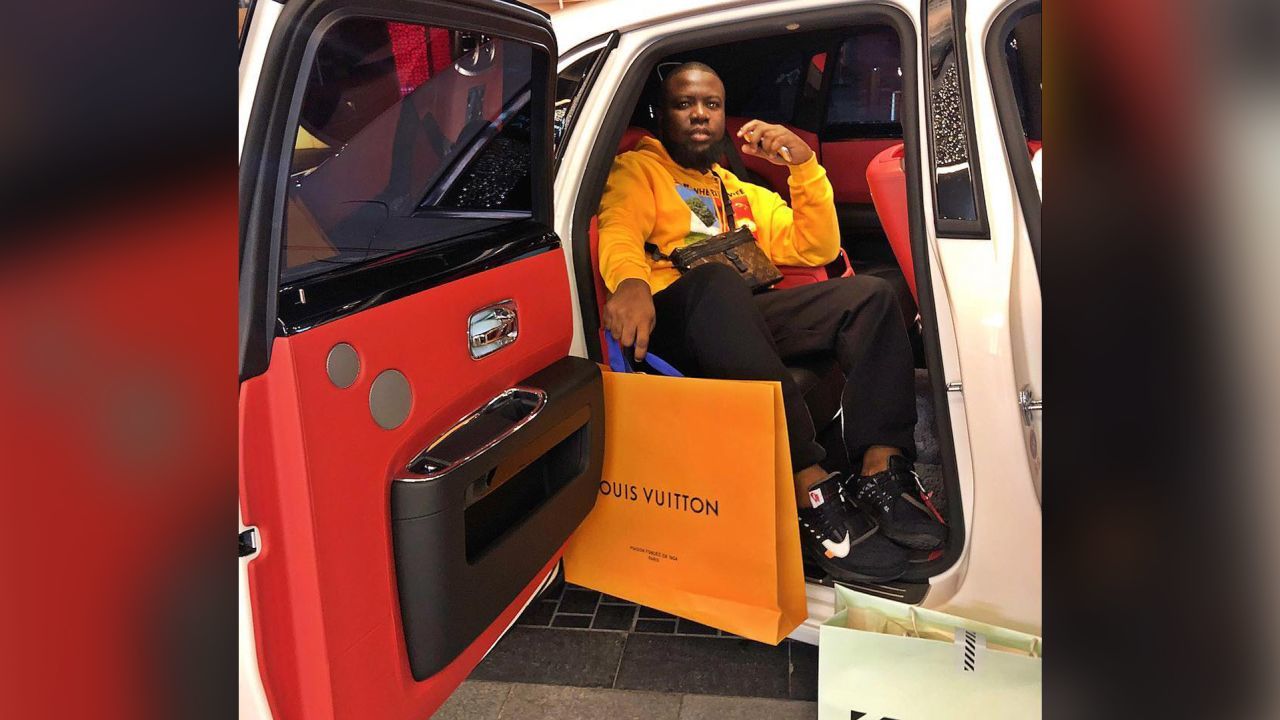 Ramon Abbas told his millions of Instagram followers that he worked in real estate.

Abbas also confessed to a conspiracy to defraud a Qatari businessman of more than $1 million.

“The defendants allegedly faked the financing of a Qatari school by playing the roles of bank officials and creating a bogus website in a scheme that also bribed a foreign official to keep the elaborate pretense going after the victim was tipped off,” acting United States Attorney Tracy L. Wilkison said in a statement last year.

Since his arrest, Abbas said, he’s had time to reflect on his mistakes.

“Your honor, I make no excuse for my actions and I take full responsibility for what I’ve done,” he wrote in his letter. “If I could turn back the hand of time, I would make an entirely different decision and be more careful in the choices and friends I make.”

One of his co-conspirators pleaded guilty in November 2020 to one count of conspiracy to engage in money laundering. He is also serving 11 years in federal prison and has to pay more than $30 million in restitution.

Federal investigators have described Abbas as a prolific money launderer who leveraged his social media platform to gain notoriety and brag about his wealth.

A Nigerian national based in Dubai, Abbas made no secret of his opulent lifestyle. Before his arrest, he called himself the “Billionaire Gucci Master” on Snapchat.

“Started out my day having sushi down at Nobu in Monte Carlo, Monaco, then decided to book a helicopter to have … facials at the Christian Dior spa in Paris then ended my day having champagne in Gucci,” he wrote in a photo caption on Instagram in 2020. 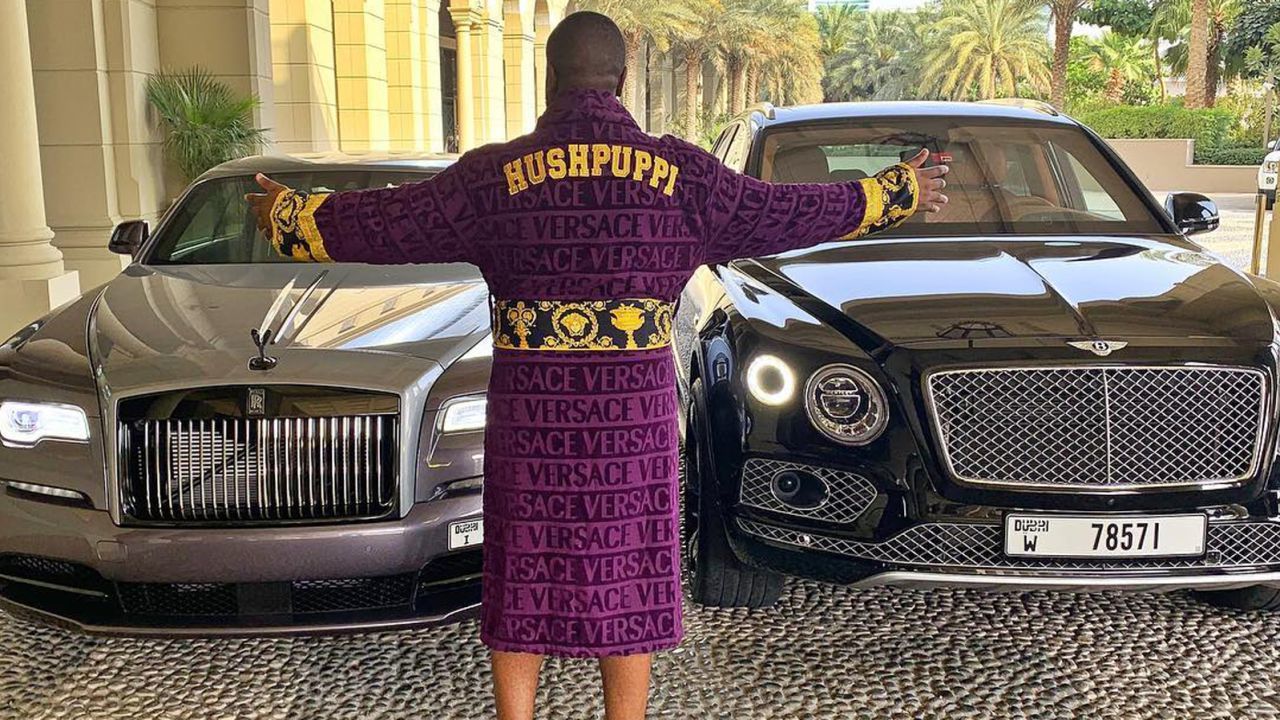 Photos of him posing with multiple models of Bentley, Ferrari, Mercedes Benz and Rolls-Royce cars included the hashtag #AllMine. Others showed him rubbing elbows with international sports stars and other celebrities.

In a 2020 affidavit, federal officials detailed how his social media accounts provided details needed to confirm his identity.

The registration and account security information associated with his Instagram profile, for example, included an email address and phone number. Federal officials accessed that information and were able to link the email and phone number to financial transactions and transfers with people the FBI believed were his co-conspirators.

One such post displayed a birthday cake topped with a Fendi logo and a miniature image of Abbas surrounded by tiny shopping bags. Investigators used that post to verify the date of birth he had used on a previous US visa application.

In June 2020, United Arab Emirates investigators swooped into Abbas’ apartment at the exclusive Palazzo Versace resort in Dubai, arrested him and handed him over to FBI agents.

Investigators at the scene seized nearly $41 million, 13 luxury cars worth $6.8 million and phone and computer evidence including the email addresses of nearly 2 million possible victims, Dubai Police said in a statement.

“Thank you, Lord, for the many blessings in my life. Continue to shame those waiting for me to be shamed,” Abbas captioned an Instagram picture of a Rolls-Royce just two weeks before his dramatic arrest.