A Prefab Cabin in New Hampshire Is a Magnificent Mountain Retreat

Perched atop a soaring granite outcropping, I-Kanda Architects' Cabin on a Rock is a modernist hideaway.

When I-Kanda Architects approached the project of a weekend home nestled in the White Mountains, they found inspiration in the region's rugged topography and worked to achieve a modern family retreat with a modest environmental footprint. 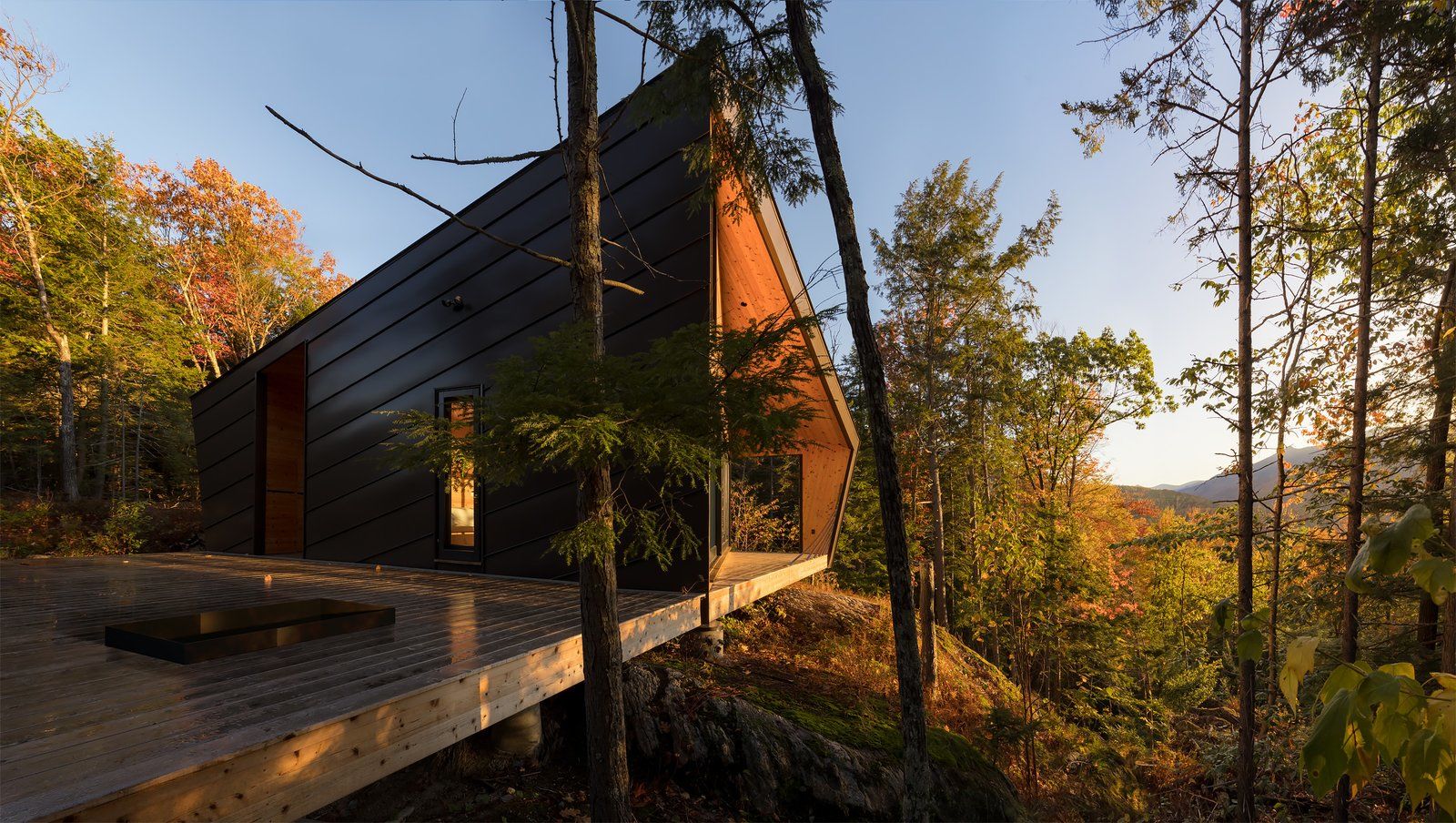 Isamu Kanda, principal at I-Kanda, initially conceived of the cabin as a weekend retreat for a couple. As the project was underway, the retreat for two became a retreat for a family of three-and ultimately evolved into a 900-square-foot weekend cabin for a growing family of four. 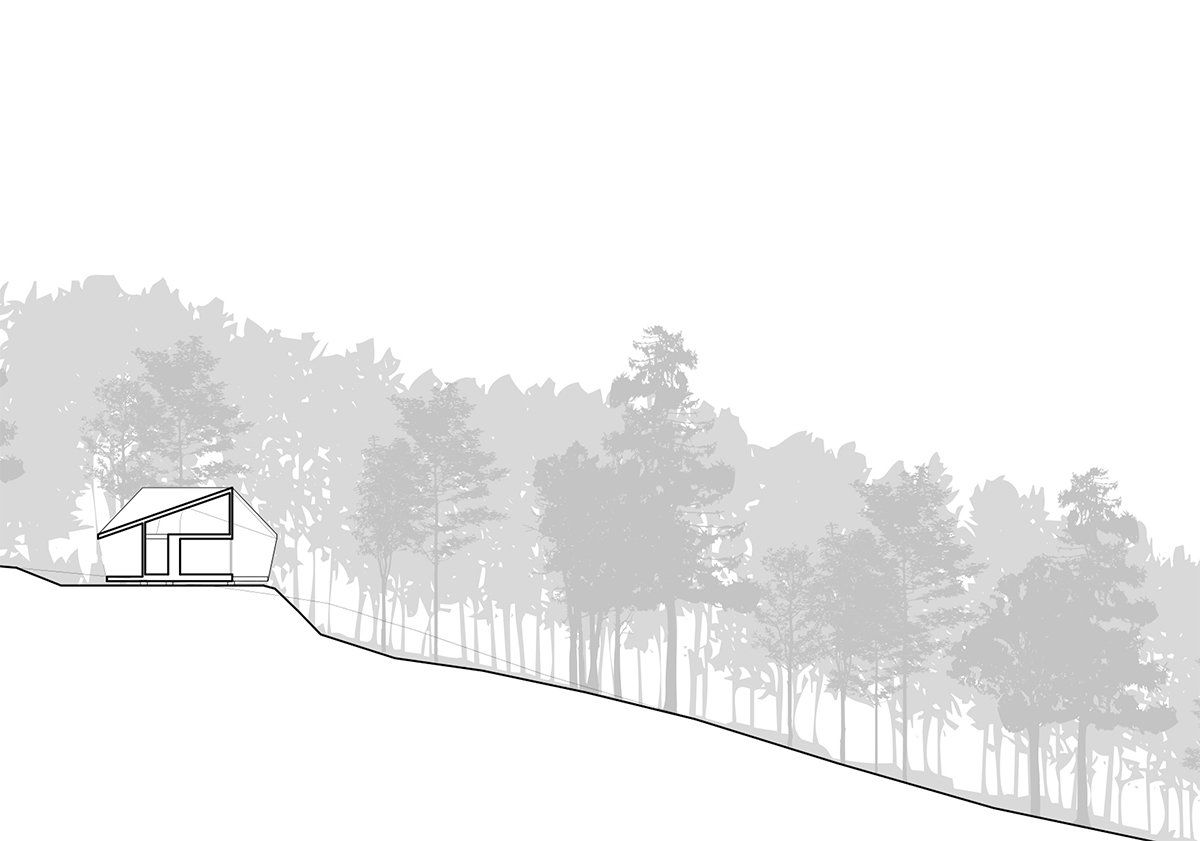 The design of the cabin reflects the project's evolution, as Kanda sought to find an elegant response to the need for a larger structure while acknowledging the limitations of the unique project site-namely the limited availability of granite on which to build. 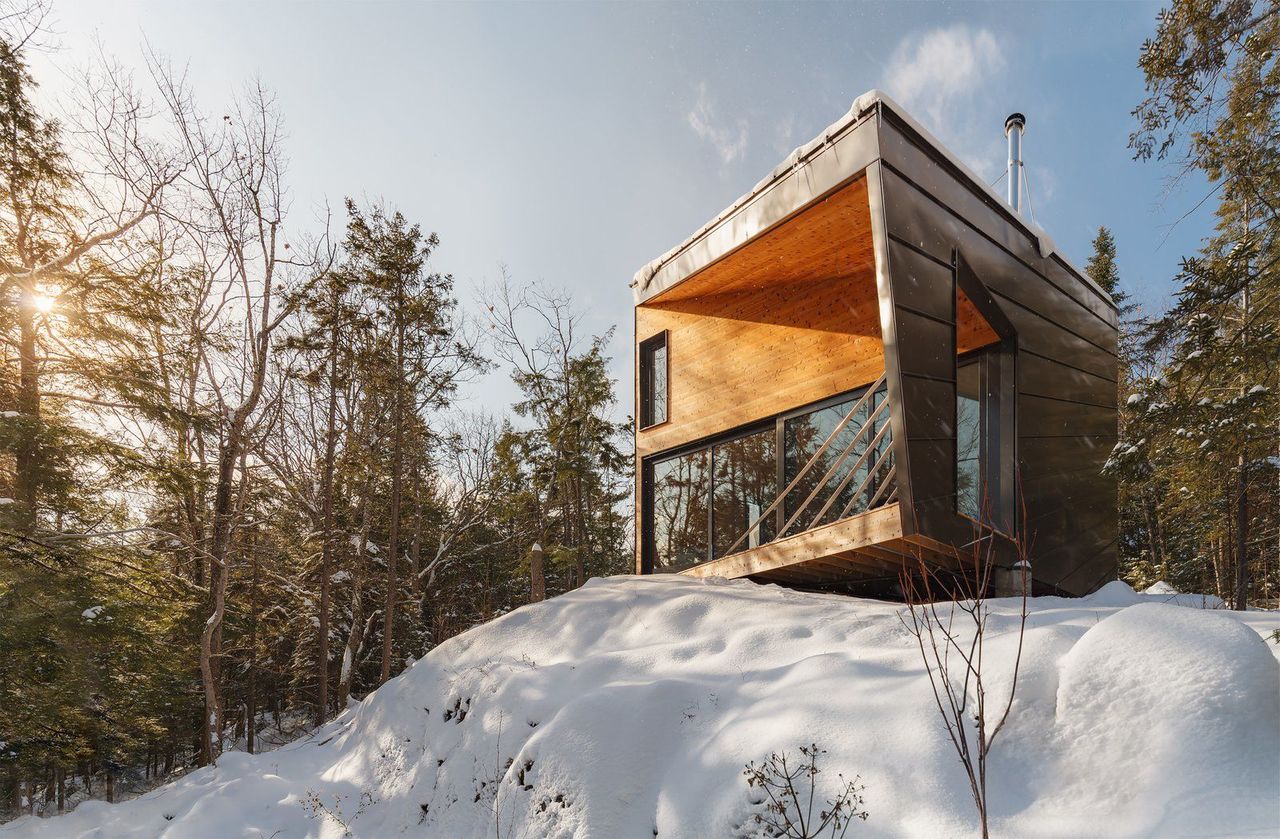 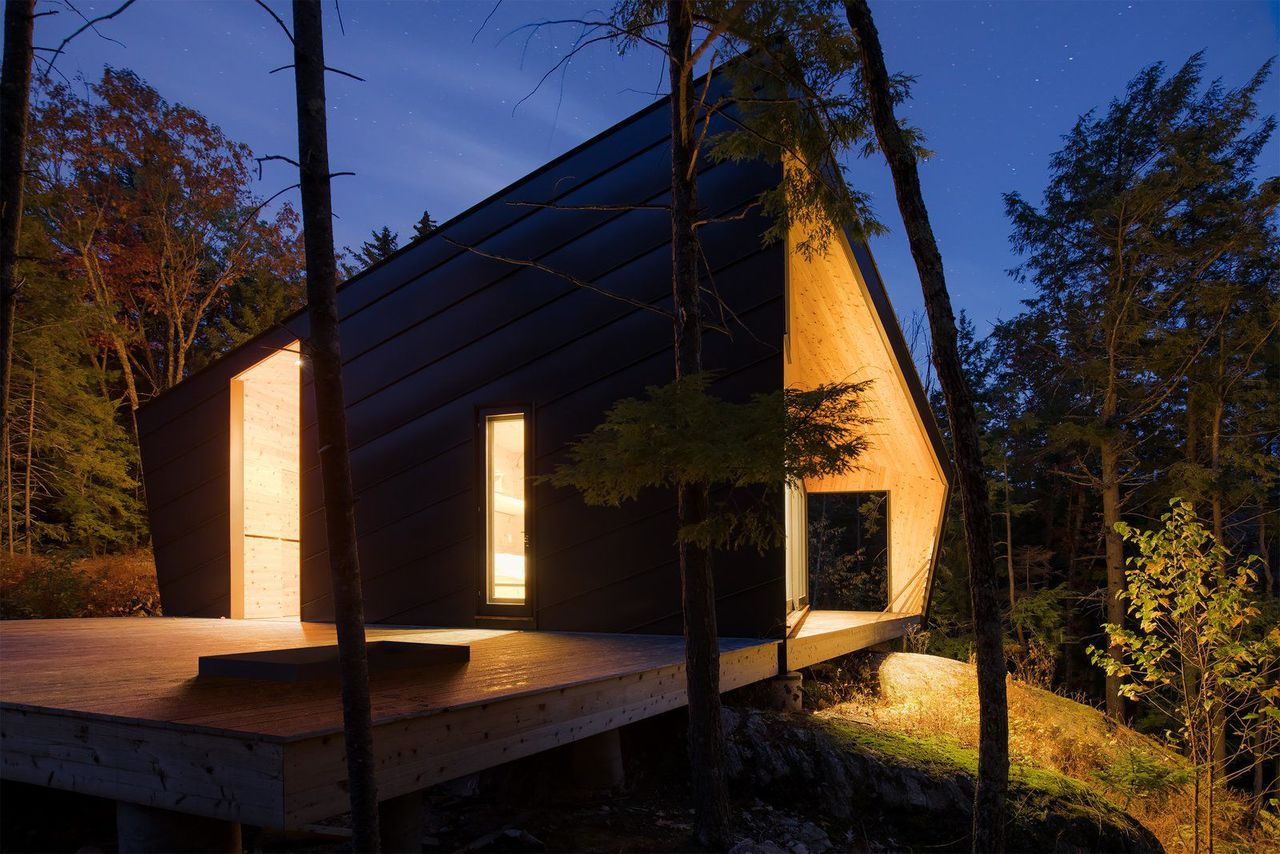 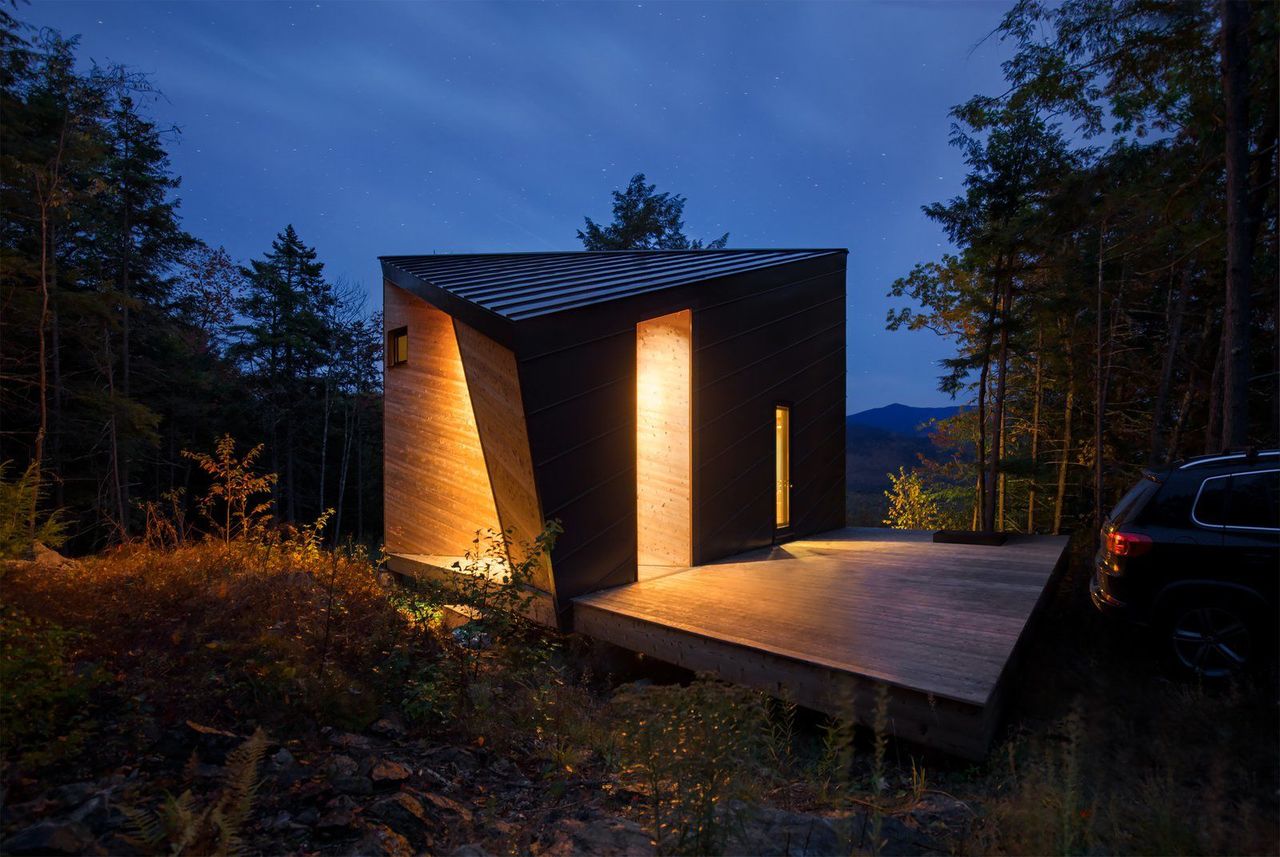 Due to the unique challenges of the site, the team worked closely with Fire Tower Engineered Timber and Bensonwood to engineer and pre-package all framing offsite so that it would be ready for assembly upon delivery. 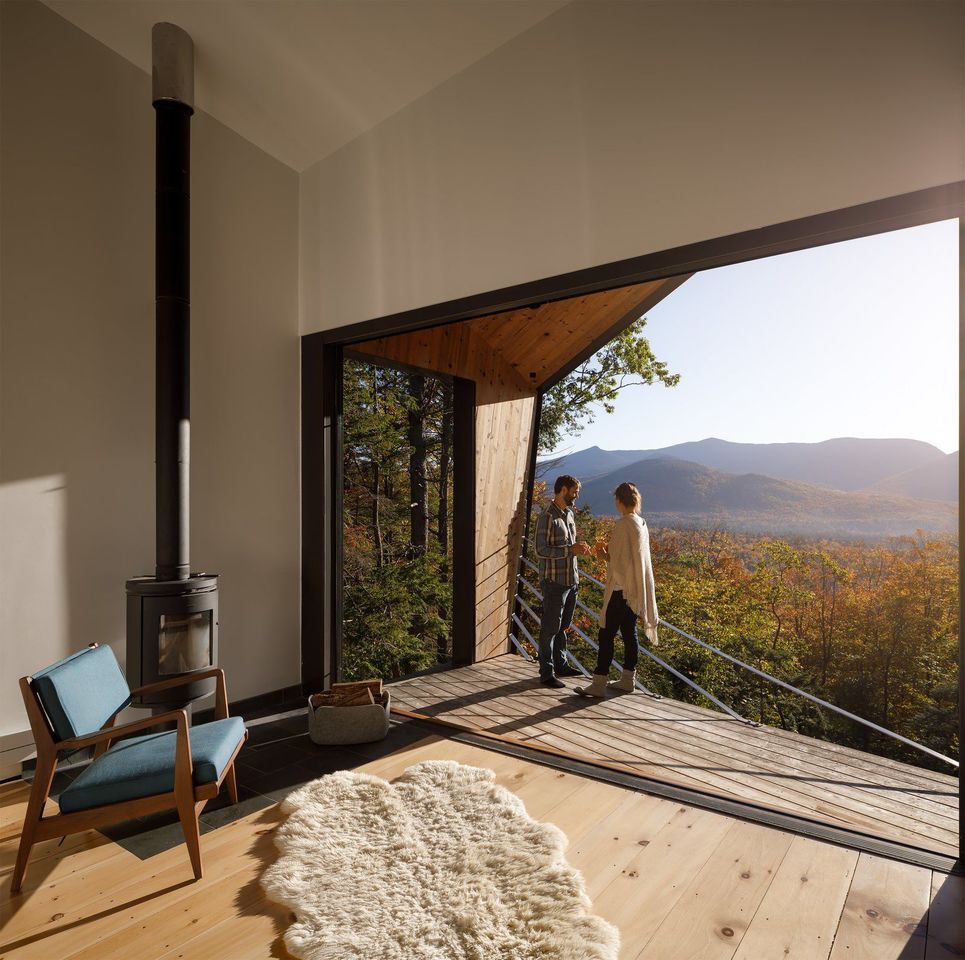 The frame needed to be lifted onto nine hand-poured concrete footings, a method specifically selected "in order to tread lightly on the sloped site." 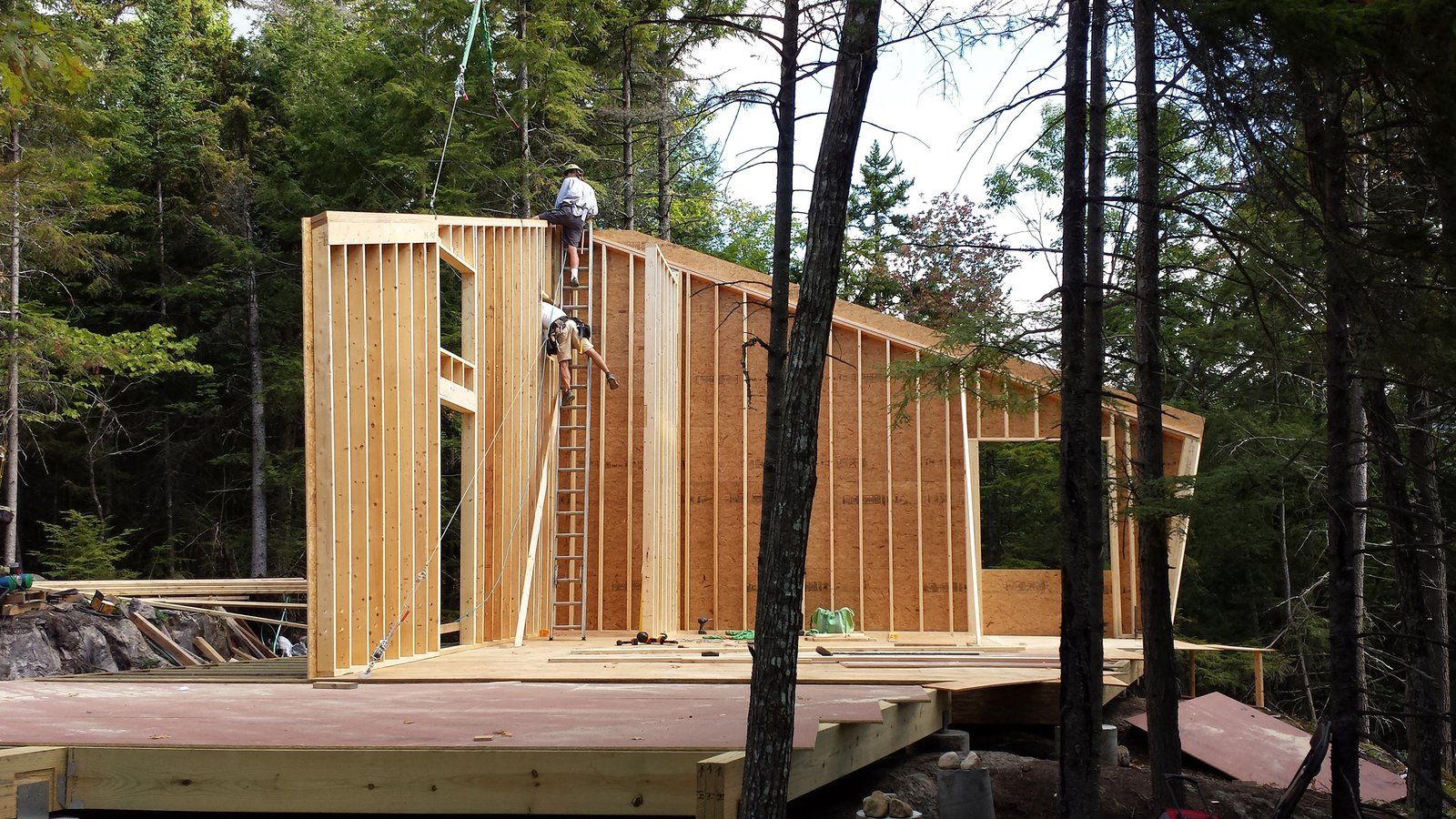 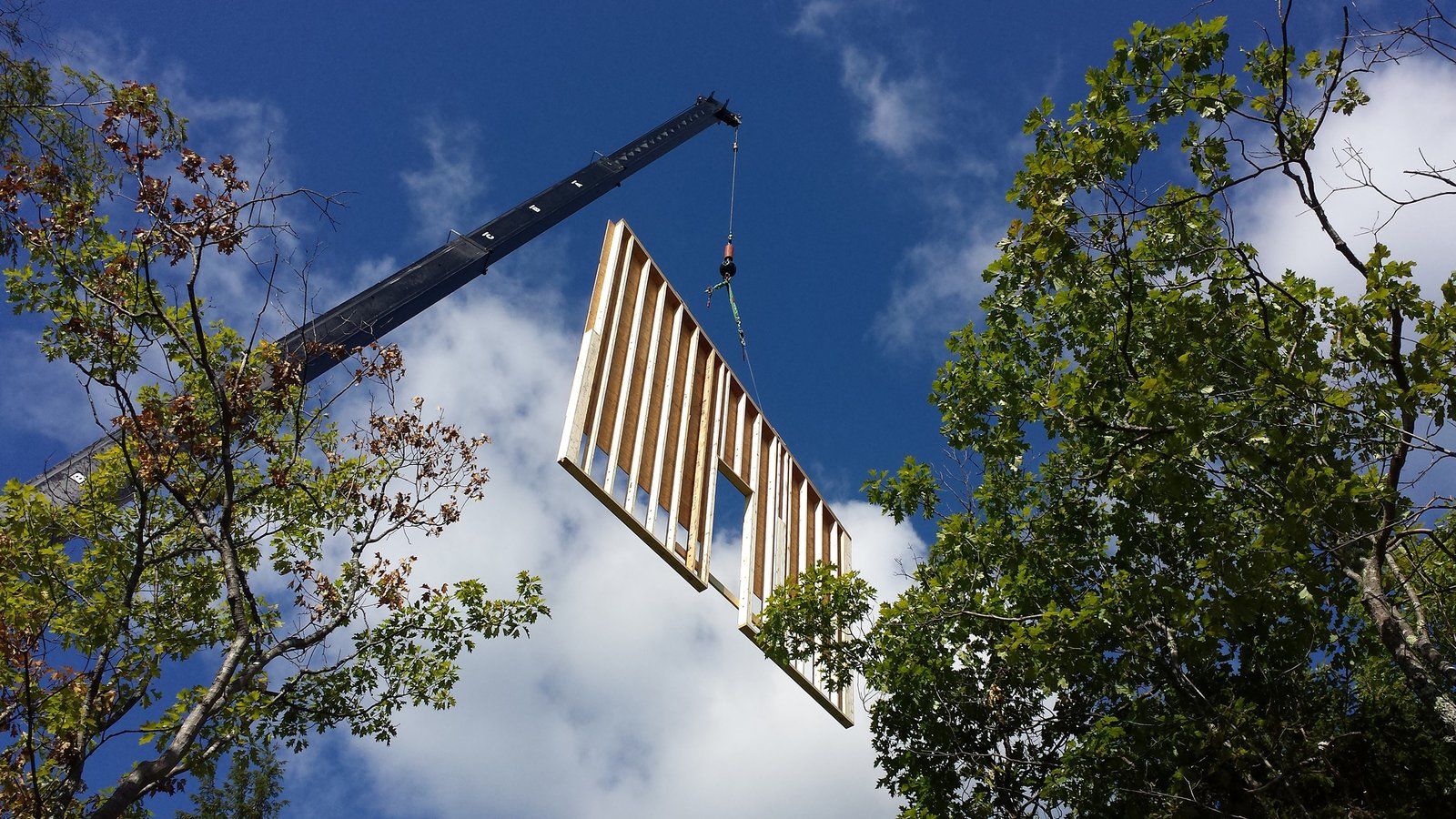 In order to preserve the integrity of the densely wooded natural landscape and minimize the structure's footprint, the team worked to clear a minimal amount of trees and opted to enhance surrounding views by placement of a custom, 24-foot-wide sliding glass wall designed by Architectural Openings. 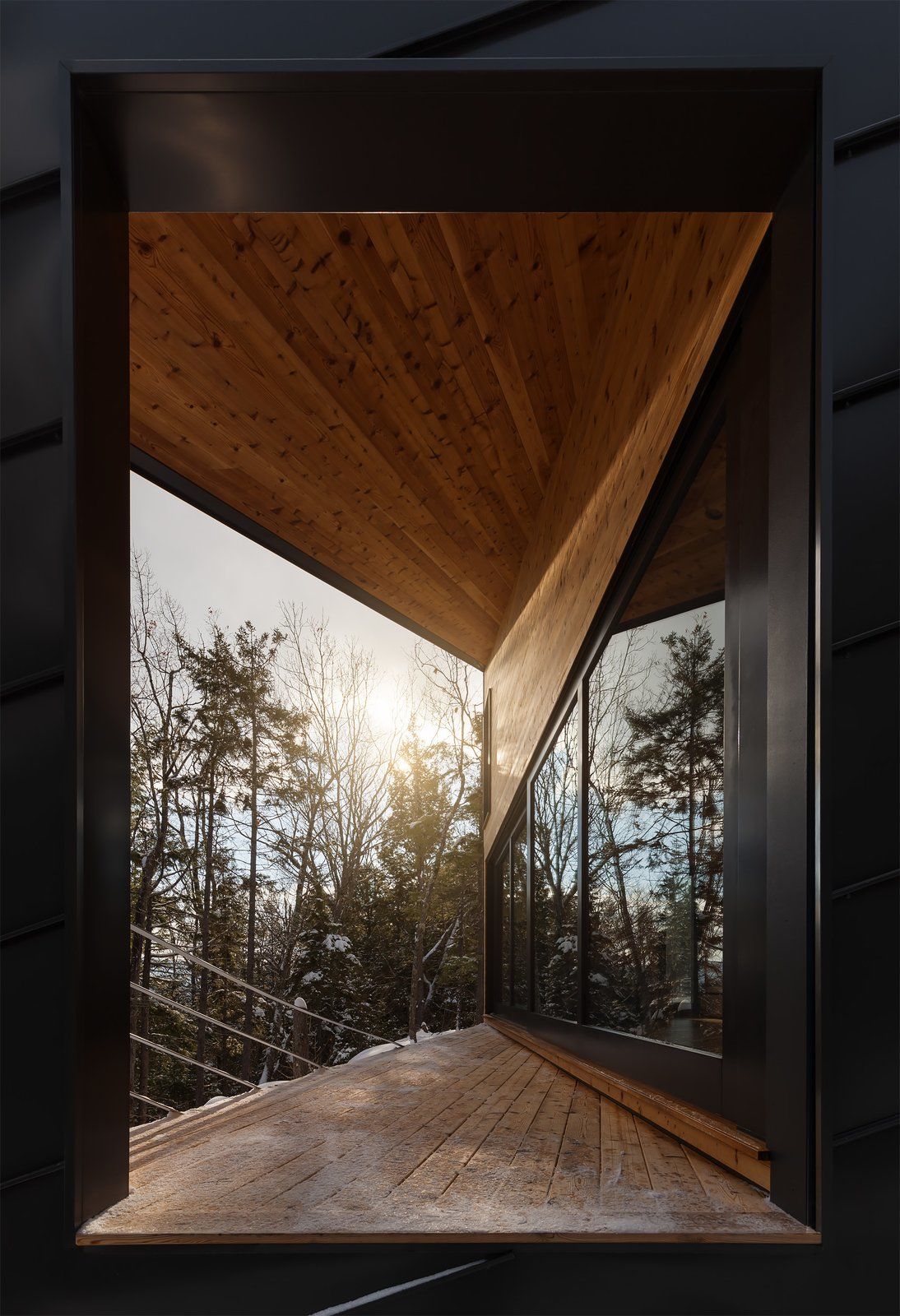 The cabin's cantilevered design appears transformative, shape shifting as one's vantage point changes. It is at once intimate and expansive, harmoniously rooted in an inherent connection to the surrounding environment. 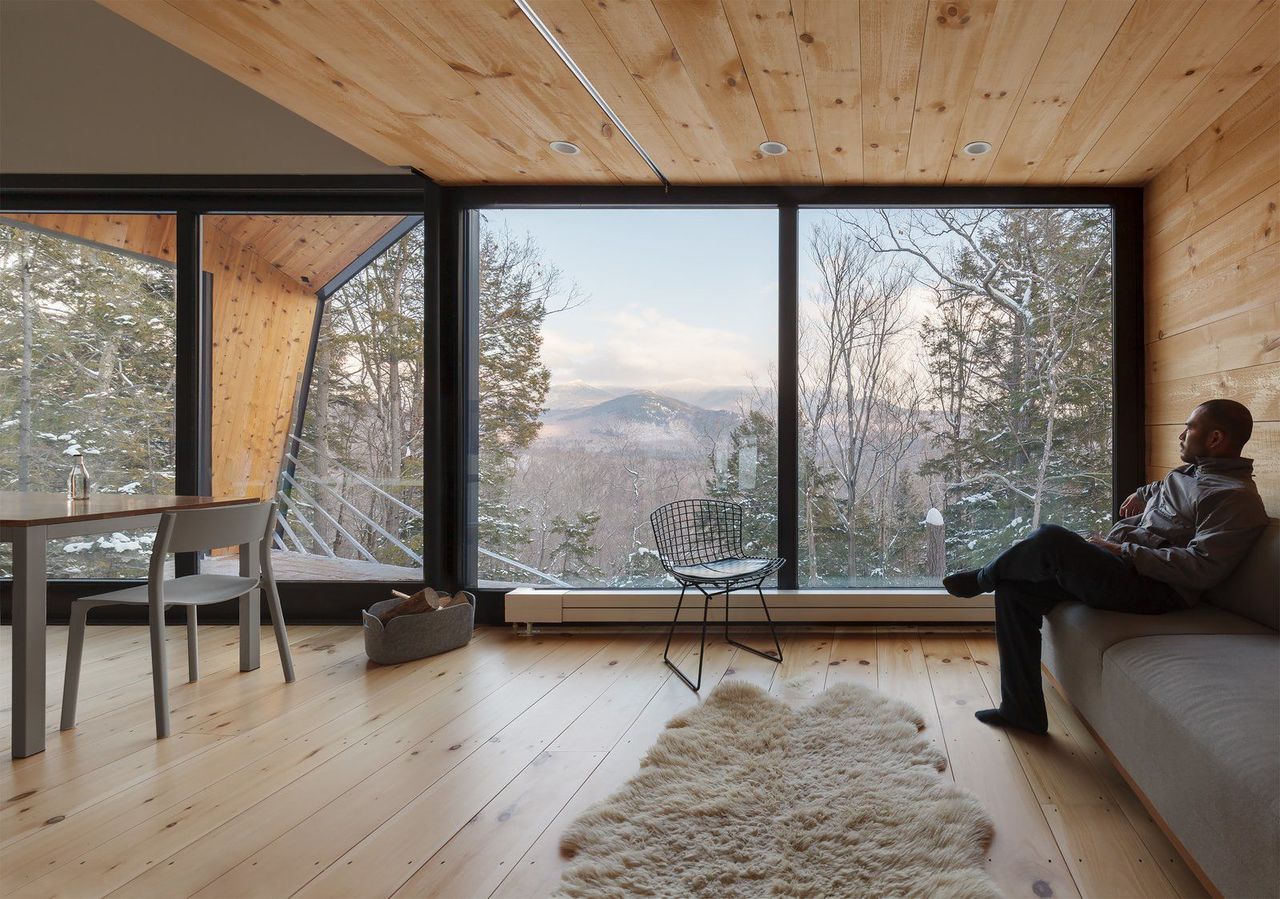 The team also considered using the cabin as a prototype for future prefabrications, embracing prefab technology and techniques that helped keep costs down while allowing them to explore more complex geometric designs. According to Isamu Kanda, "With this project, we were able to do more for the cost of conventional construction—an alternative take on the conception that prefab simply allows one to do the same for cheaper." 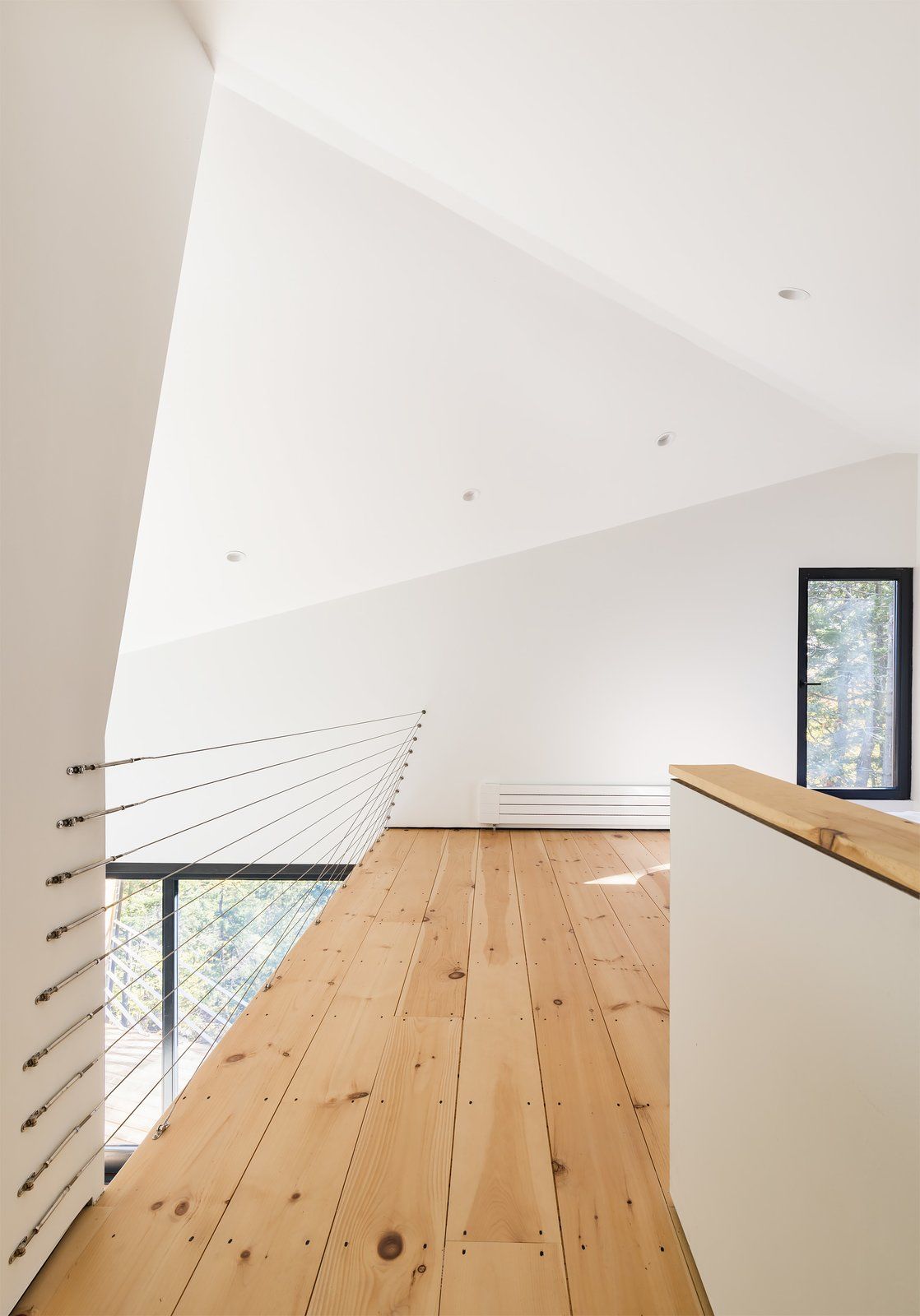 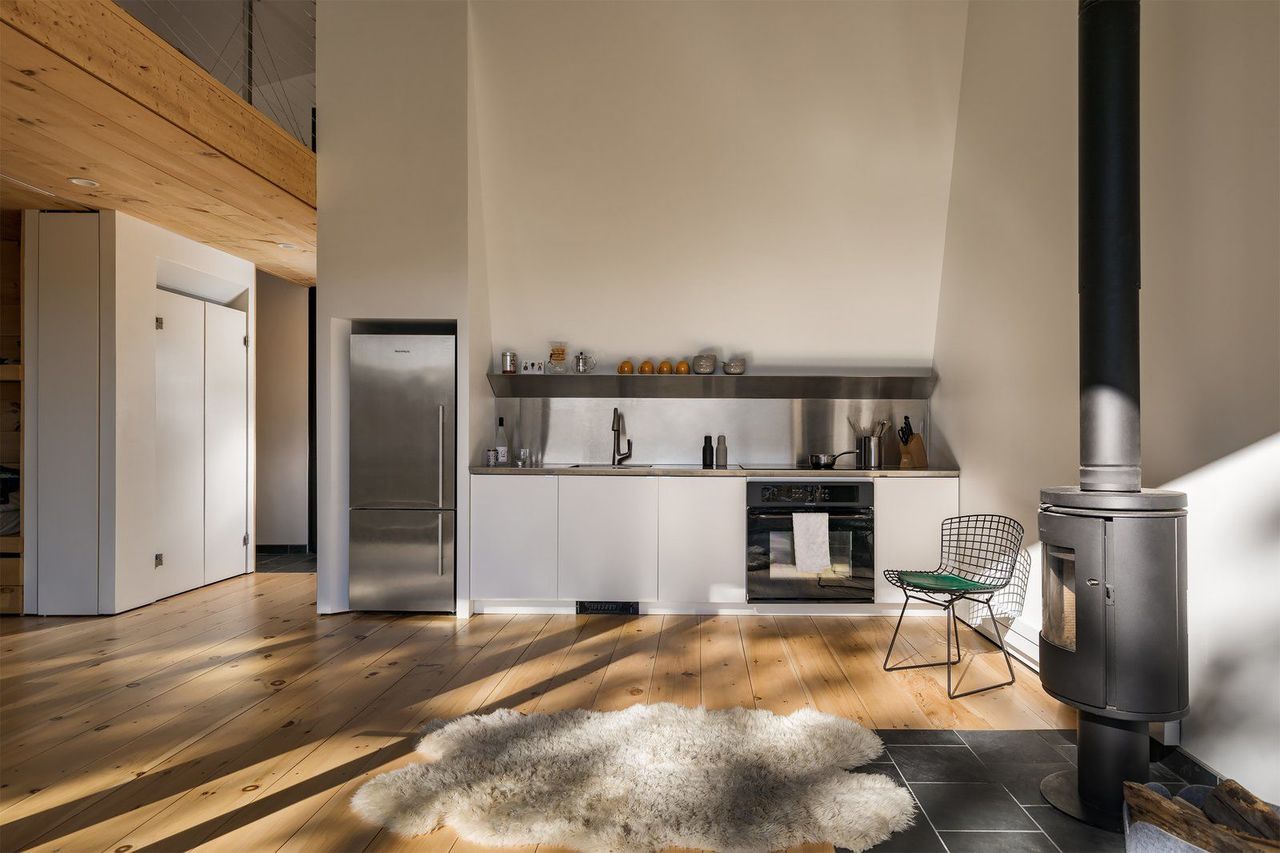 A modern mountain retreat respectfully integrated into its natural terrain, Cabin on the Rock is an achievement in mixing custom design with prefab technology to create a stunningly fitting home for an exceptional location. 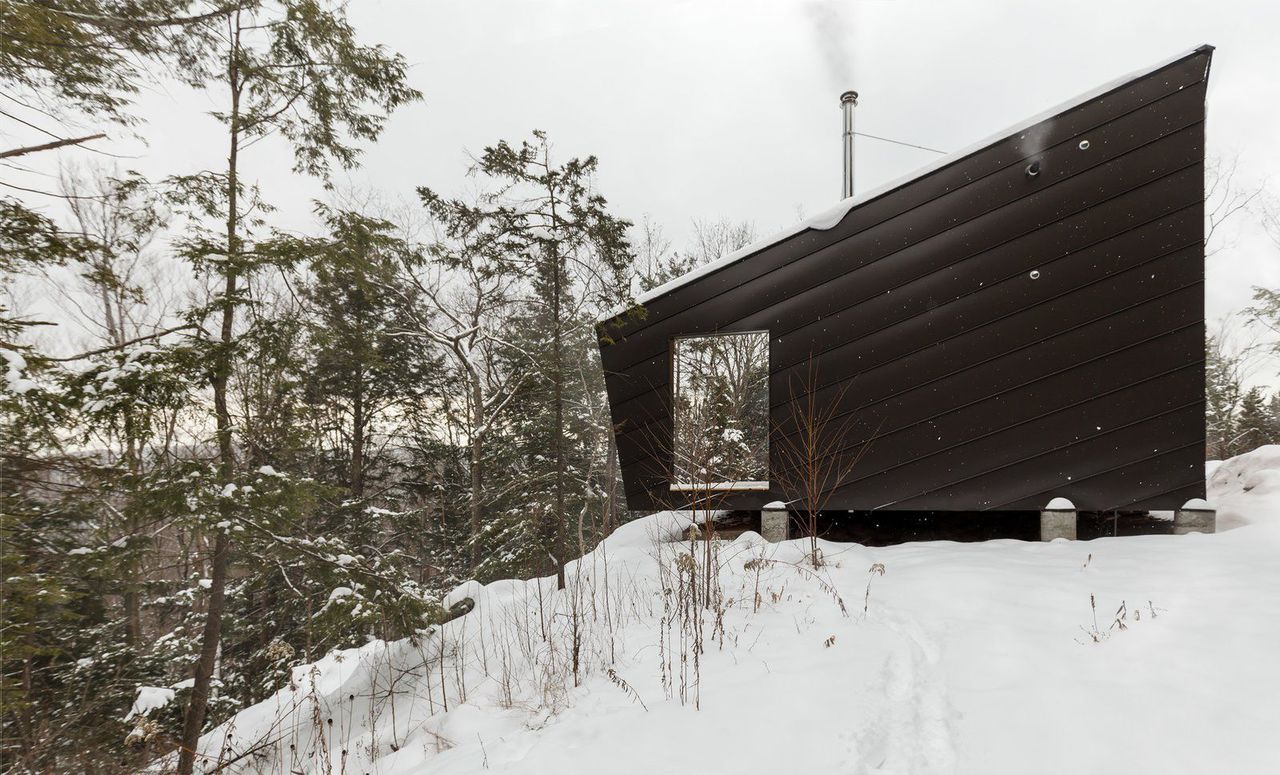 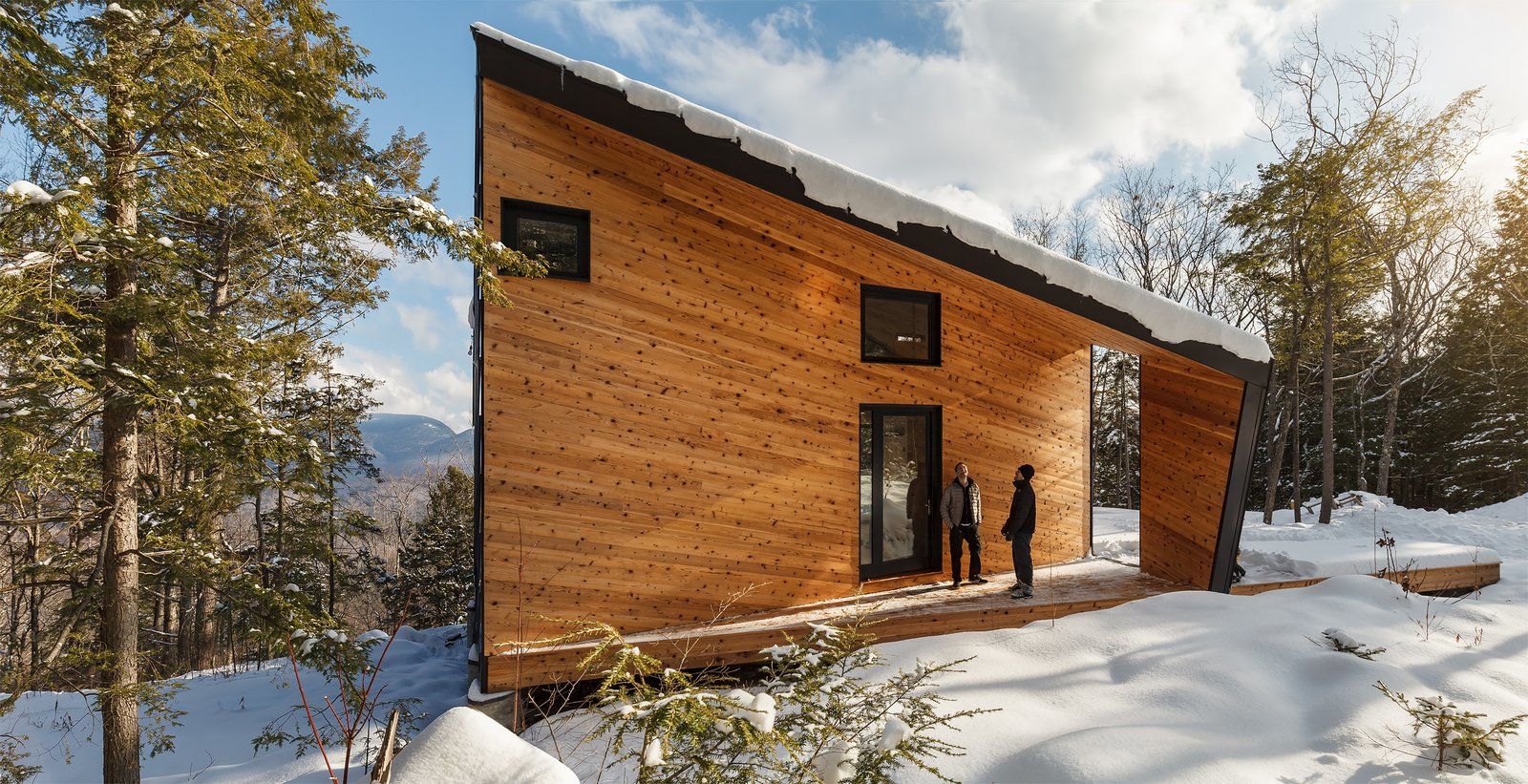 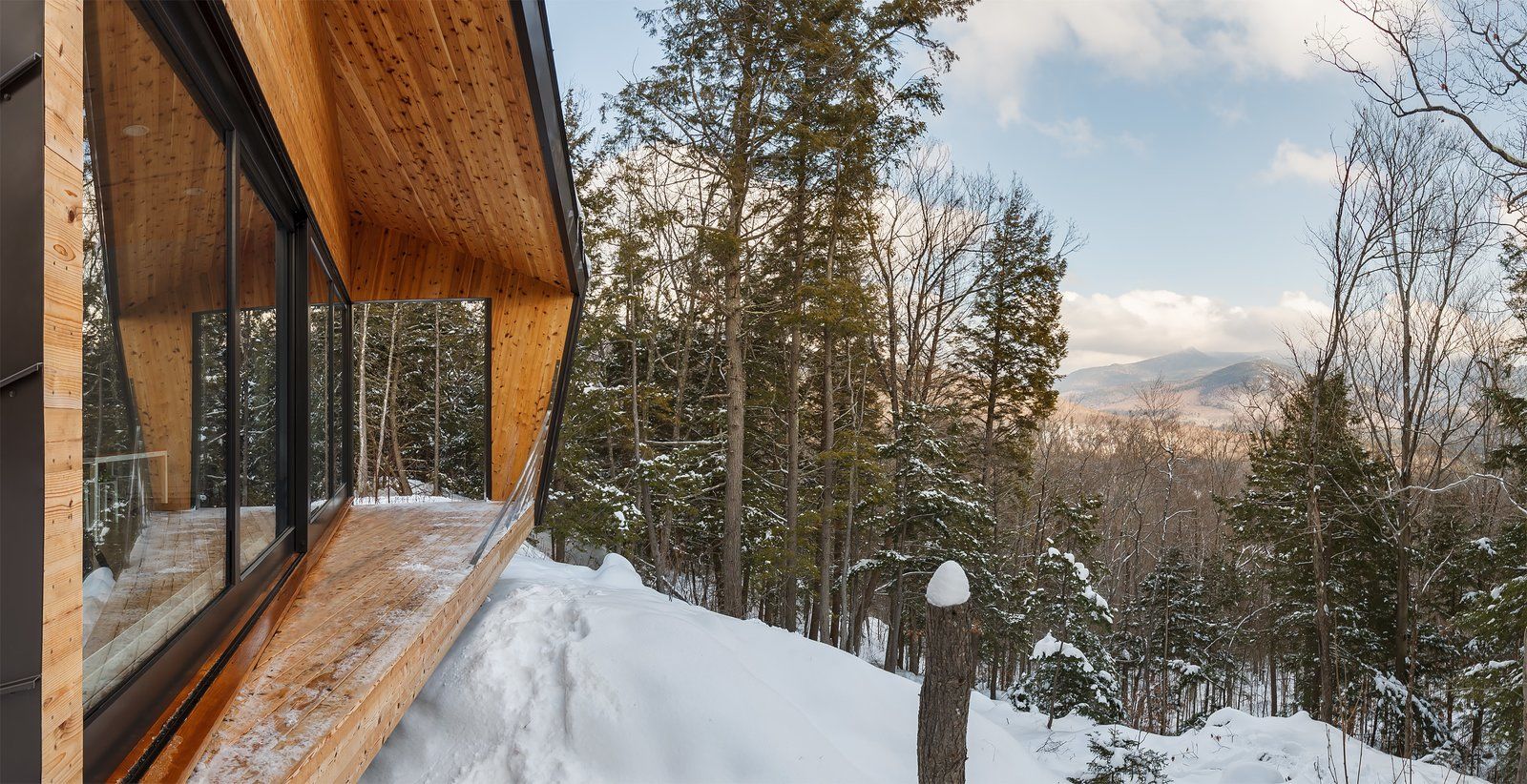