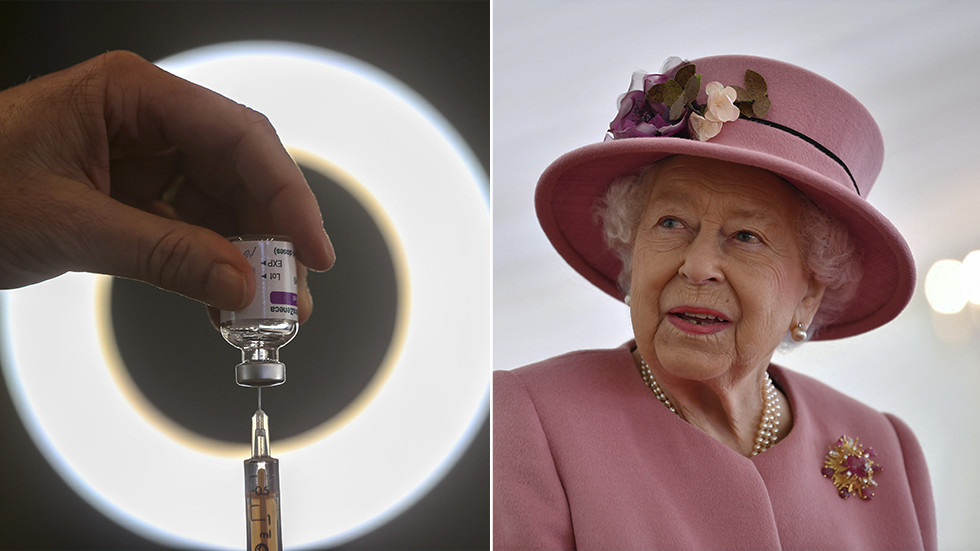 The Queen has implied that Britons who do not wish to take a Covid-19 vaccine are selfish, saying people should think of others and not themselves. Breaking a long tradition of neutrality, the monarch has joined the orthodoxy.
It’s arguably the biggest faux-pas in the 69-year reign of Queen Elizabeth II. Whatever people’s feelings about the monarchy in general, it’s fair to say that Her Majesty has generally been accorded respect – not least because of the way she has kept out of politics and avoided expressing her opinions on matters which divide the country. Or rather, countries.

The Queen, lest we forget, is not just the head of state in Britain, but also in the Commonwealth, which has a combined population of 2.4 billion people. She has a duty to represent all her subjects – and, by and large, she has done that pretty well since 1952.

But now she is strongly implying that those who don’t get vaccinated are selfish. “It is obviously difficult for people if they’ve never had a vaccine... but they ought to think of other people rather than themselves,” she said on a Zoom call with four NHS chiefs.

Ardent republicans will note the obvious irony of one of the richest women in the world, who has lived a life of great luxury and whose private estate has invested millions of pounds offshore, accusing some of her subjects of not thinking of other people. But you don’t have to be an ardent republican to feel that the Queen’s comments are a bit ‘rich’ to say the least. Even hitherto staunch royalists on my Twitter timeline are saying the same. For the Queen to attack her subjects in such a way is quite unprecedented.

People may have lots of reasons for not wishing to be vaccinated, and to accuse them wholesale of being selfish is simply unfair. There may be medical grounds why people can’t have a jab. They may decline because of their religious beliefs.

They may feel there is no medical need. They may – in the case of the new Covid vaccines – be quite legitimately concerned about the speed of the roll-out and the full indemnity given by the government to the vaccine manufacturers. Or fear that high vaccine take-up would make inevitable the implementation of freedom-destroying ‘vaccine passports’ – which would be the gateway for the introduction of a Chinese-style digitalised, restricted-access, bio-ID social credit system.

To imply that people who don’t want to be vaccinated are simply being selfish is emotional manipulation.

The Queen’s shocking intervention is only the latest episode in a relentless establishment campaign against ‘anti-vaxxers’, a group which has become the latest hate figure for much of the media, and whose definition is conveniently vague.

Over the last few weeks, as ‘anti-vaxxers’ have been witch-hunted by the latter-day equivalents of Matthew Hopkins, the gruesome 17th-century ‘Witchfinder General’, Britons have come under extraordinary pressure from the state to take the Covid ‘jab’. Members of the public have been bombarded with calls and letters from the NHS and/or their local health centres urging them to get vaccinated.

A whole host of ‘celebrity influencers’ have been taking to social media to urge people to get inoculated. We’ve never seen anything like this before in our lives. Certainly it never happens when the flu vaccination season starts! Now even the Queen has joined in with the gas-lighting and finger-pointing.

In a free society, deciding whether or not to get vaccinated should be an individual’s own choice. There should certainly be no bullying or coercing of that individual, either through ‘carrots’ or ‘sticks’ to ‘toe the line’. But I fear that since March 2020, and the onset of Covid-authoritarianism, Britain has ceased to be a free country. It’s certainly a country I no longer recognise.
#COVID-19  #vaccine  #Covid  #Vaccines