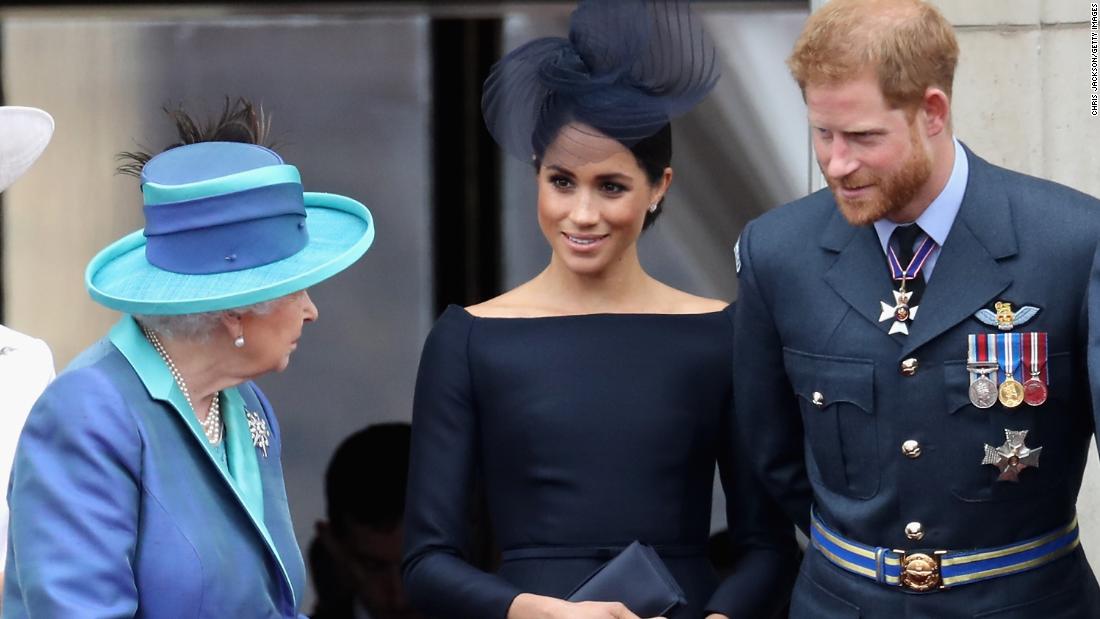 A surprise visit gives royals a chance to clear the air

One of the most anticipated family get-togethers in recent royal history took place this week -- and it was kept entirely under wraps.

Prince Harry and Meghan stopped by the UK and met with the Queen on Thursday on their way to the Invictus Games in the Netherlands, according to a spokesperson for the couple. The visit hadn't been expected by the media and was only confirmed after the pair had left for their next destination.

This is the first visit back that we're aware of for Meghan since the Duke and Duchess of Sussex resigned from royal duties in early 2020.

Harry returned last year, joining his brother William to unveil a statue of their mother, Diana, at Kensington Palace. But he was chased by photographers and later said it wouldn't be safe for him to return without police protection. He offered to pay for it, and launched a legal challenge against the government's decision that prevents him from doing so.

A statement given to media at the time said Prince Harry "inherited a security" from his family. "He remains sixth in line to the throne, served two tours of combat duty in Afghanistan, and in recent years his family has been subjected to well-documented neo-Nazi and extremist threats."

Something must have changed: Maybe the security issue has been resolved, or the secret nature of the visit lowered the risk.

Either way, it opens up the possibility that we will see the couple come back more; the most obvious next opportunity would be the Queen's Platinum Jubilee celebrations in June, but nobody on either side is confirming yet whether they'll return for the event.

Since the Sussexes left the UK, they have gone out of their way to express their support and respect for the Queen. They've been more critical about Prince Charles, and a rift has clearly developed with the heir to the throne.

Back in March last year, it was reported that Harry and his father had "unproductive" conversations following his and Meghan's explosive Oprah Winfrey interview. Two months later, Harry told the Armchair Expert podcast how his childhood felt like being in a "zoo," and hinted that Charles' parenting led him to feel "some form of pain or suffering."

CNN understands the couple also met Charles on Thursday, so there could be some positive news there. 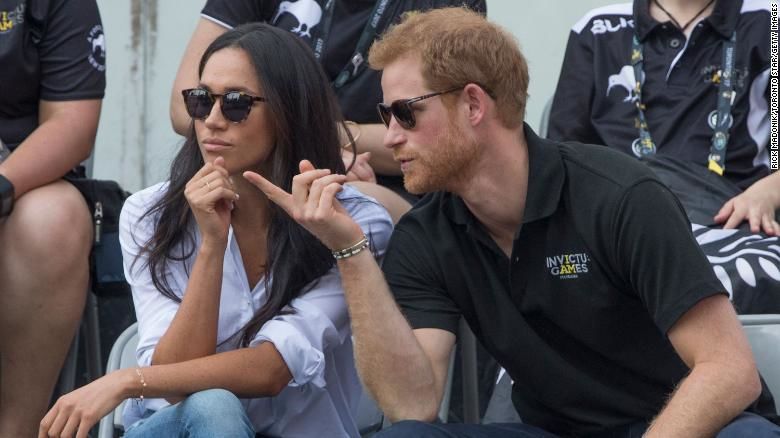 Harry and Meghan have spoken fondly of the Queen since leaving the royal set-up, but there's been more evidence of a rift with Prince Charles.

We don't know what the group spoke about, but it's possible they took the opportunity to clear the air.

It was also the first chance for Meghan to speak face-to-face with Charles and her grandmother-in-law since she and Harry quit as active royals.

Back then, and again after that dramatic sit-down with Oprah, their decision was met with a whirlwind of controversy and dueling statements from both camps -- though Meghan spoke warmly in the interview of her relationship with the Queen, whom she said has "always been wonderful to me."

The foursome would have had plenty to catch up on. The death of the Queen's husband, Prince Philip, brought Harry back to Britain for the funeral. And soon after that visit, Harry and Meghan's second child was born. They gave her the name Lilibet, a nod to the Queen's longtime nickname.

The idea of seeing Meghan and Harry back on the Buckingham Palace balcony for a big royal event seemed very unlikely last week. It's slightly more likely now. 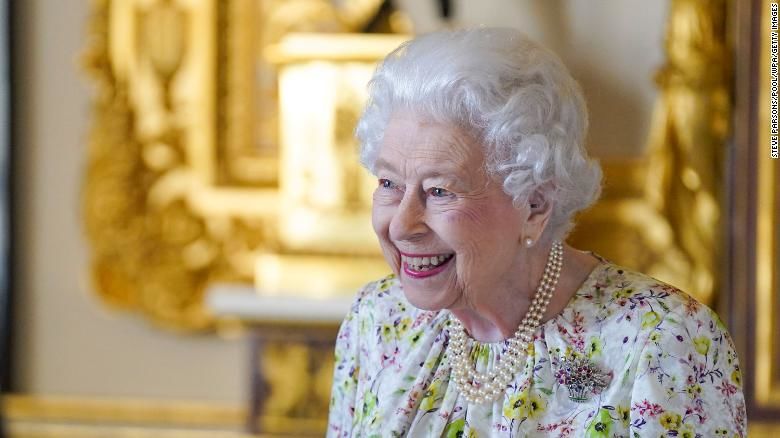 The Queen suggested this week that Covid-19 left her "exhausted."

Every year, like clockwork, the Queen attends the Maundy Service and gives out coins to people who have contributed to the community. The number relates to each year that the Queen has been alive: This year it would have been 96 men and 96 women.

But for the first time since 1970, she wasn't able to attend on Thursday after experiencing mobility problems. Initially, everyone expected to see her as the service was on her doorstep at St George's Chapel at Windsor Castle. However, the organizers were given several days' notice, so she didn't pull out at the last minute. We know the Queen will miss the Easter Service there this Sunday too.

She also spoke this week about her experience with Covid-19, which she caught in February. "It does leave one very tired and exhausted, doesn't it?" she said while meeting virtually with hospital workers.

Prince Charles stepped in for his mother at the Maundy Service, as he often has to these days, and it was poignant to see him giving out so many coins to represent the monarch's advanced age.

The Queen's 96th birthday is next Thursday; it'll be marked with a 41-gun royal salute in Hyde Park, but the biggest festivities are reserved for her official birthday in June.

But the palace is keen to emphasize the Queen is still well enough to conduct matters of state. She is carrying out virtual meetings from her apartments and goes through the official papers that are sent to her every day by her government in that familiar red box.

WHAT ELSE IS HAPPENING?

William says he's a 'stubborn optimist' on the climate.

Prince William described himself as a "stubborn optimist" while speaking with actress Cate Blanchett and campaigner Danny Kennedy on their Climate of Change podcast. William said progress can be made quicker than people think, "because the solutions are out there." The prince launched the Earthshot Prize in 2020, which awards people or organizations working to battle climate change. 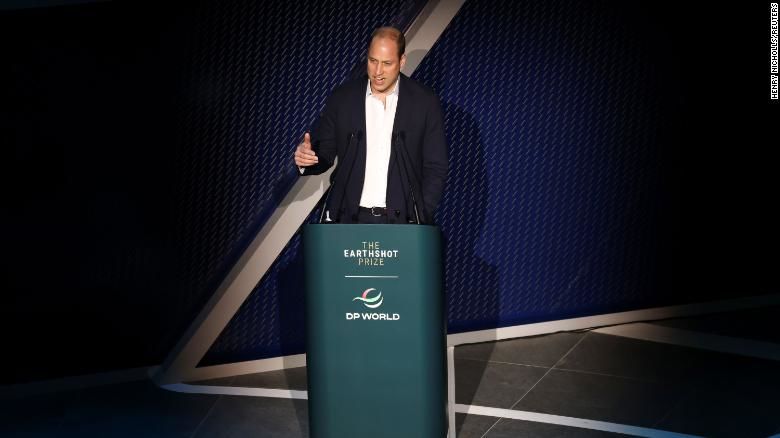 Prince William during the Earthshot Prize ceremony this year.

Even the Queen endured a lockdown haircut.

The Queen's personal adviser and senior dresser has written in her book that she briefly became the monarch's hairdresser during the UK's Covid-19 lockdown in 2020, the PA Media news agency reported Monday. In an update to her book on serving Her Majesty, Angela Kelly has dedicated an entire chapter to pandemic life in the palace -- a period that has been dubbed "HMS Bubble" and saw a reduced household of staff. That meant that the monarch -- like many of us -- had to entrust haircuts to those living in the same home.

IN THE ROYAL DIARY 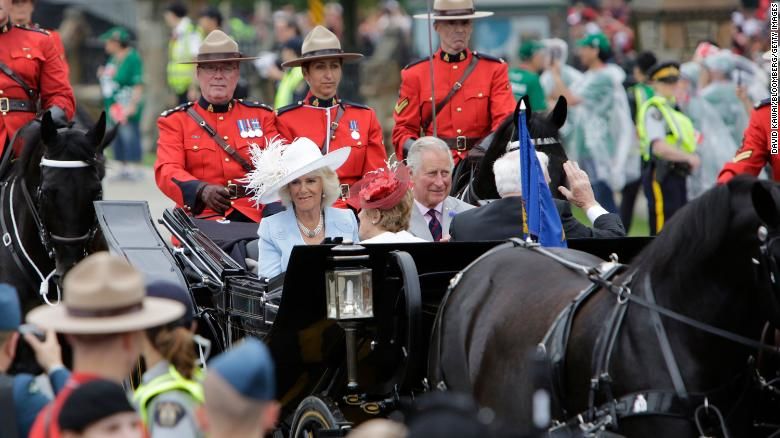 Charles and Camilla during their last trip to Canada in 2017.

Charles and Camilla to visit Canada

Canada will welcome Prince Charles and Camilla, Duchess of Cornwall in May. The heir to the throne will visit Newfoundland and Labrador, Canada's Capital Region, and the Northwest Territories, where they'll meet with local communities, according to Clarence House. Prime Minister Justin Trudeau said he's looking forward to "showing them some of the many reasons why we take pride in being Canadian." It's their first trip to Canada since 2017, when they enjoyed a carriage ride through Ottawa and took part in the country's national day celebrations. Official tours by the couple have gained extra importance since Elizabeth II elevated Camilla's future title to "Queen" when Charles takes the throne.

FROM THE ROYAL VAULT

A showcase of royal portraits of each of the seven ruling British queens will feature in a month-long program of exhibitions and auctions, timed to coincide with Queen Elizabeth II's Platinum Jubilee celebrations this June.

An iconic Armada Portrait of Queen Elizabeth I, which commemorates the failed invasion of England by the Spanish Armada in 1588, will lead the display. It will be joined by Andy Warhol's 1985 "Reigning Queens" portrait of Elizabeth II, a richly-colored reinterpretation of the official photographic portrait taken in the Queen's Silver Jubilee year. 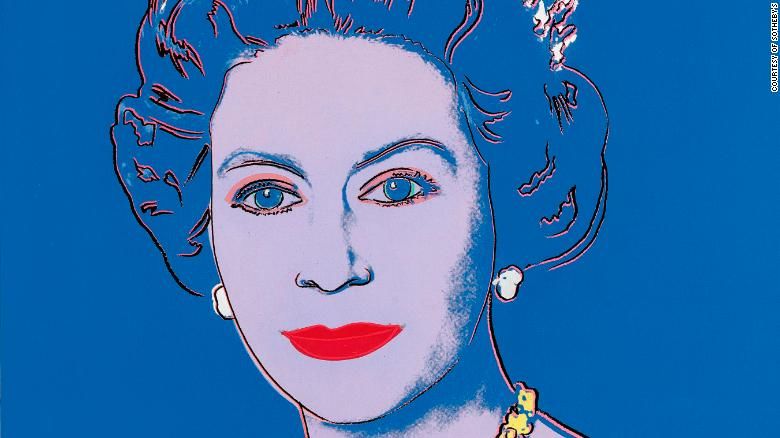 Andy Warhol's 1985 "Reigning Queens" portrait of Elizabeth II.
Warhol created prints of several monarchs that year, but he wasn't too happy when they were displayed in New York City. "They were supposed to be only for Europe -- nobody here cares about royalty and it'll be another bad review," he said in his memoirs.

This year's exhibition, which will run from May 28 to June 15, will also feature key portraits of Mary, Queen of Scots, Queen Victoria, Queen Anne, Mary I and Mary II, lent from aristocratic and other distinguished British collections.

"She's given me a lot of hope that this can happen and I believe it, and I'm seeing it with my own eyes. It's really inspiring, it's really hopeful. And I do believe we can make huge strides."

Prince William pays tribute to Christiana Figueres, chair of Earthshot's board of trustees, and reveals his hope that progress against climate change is possible while speaking on the Climate of Change podcast.