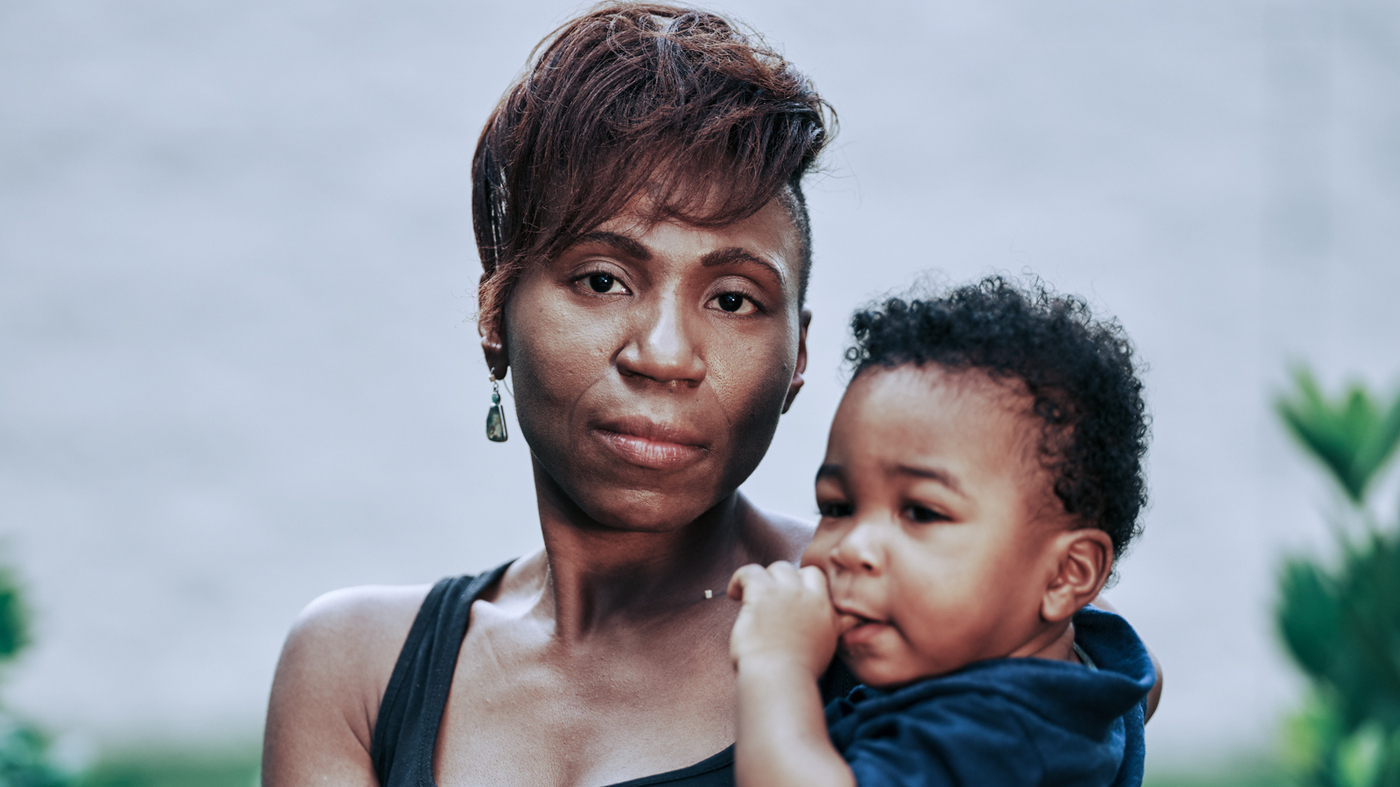 A US hospital asked these parents to pay $45,843 a month for their baby's NICU stay

After baby Dorian Bennett arrived 2 months early and spent more than 50 days in the neonatal ICU, his parents received a bill of more than $550,000 — despite having health insurance.
Close to midnight on Nov. 12, 2020, Bisi Bennett was sitting on the couch in her pajamas and feeling uncomfortable. She was about seven months pregnant with her first child, Dorian, and the thought that she could be in labor didn't even cross her mind.

Then, she felt a contraction so strong it knocked her off the couch. She shouted to her husband, Chris, and they ran to the car to start the 15-minute drive to AdventHealth hospital in Orlando, Florida. About halfway through the trip, Bennett gave birth to Dorian in her family's Mitsubishi Outlander. Her husband kept one hand on his newborn son's back and one hand on the wheel.

Born breech, meaning his head emerged last, Dorian wasn't crying at first, and the terrified new parents feared something was wrong. Chris Bennett turned on the SUV's flashers and flagged down a passing emergency vehicle. The EMS team escorted the family to the hospital.

"He was still connected to me with the umbilical cord when they rolled the two of us together into the hospital," Bisi says. "They cut the cord, and the last thing I heard was, 'He has a pulse,' before they wheeled me away."

"I just cried tears of relief," she says.

Dorian stayed in the neonatal intensive care unit until Jan. 7, 2021, for almost two full months. While Dorian was in the hospital, Bisi wasn't worried about the cost. She works in the insurance industry and had carefully chosen AdventHealth Orlando because the hospital was close to her house and in her insurance network.

Then the bills came.

The Patient: Dorian Bennett, an infant born two months premature. He has health insurance through his mother's employer, AssuredPartners, where she works as a licensed property insurance agent.

Service Provider: AdventHealth Orlando in Orlando, Florida. It is a part of the AdventHealth system, a large nonprofit and faith-based group of health care providers with locations across Florida and several other states.

Total Bill: AdventHealth Orlando billed $660,553 for Dorian's NICU care. Because of an insurance snafu, the "patient responsibility" portion of the bill sent to the Bennetts was $550,124. They were offered an installment payment plan of $45,843 a month for 12 months.

What Gives: Under the 2010 health law, nonprofit hospitals are required to provide financial assistance to help patients pay their bills, and payment plans can be part of that assistance. But the Bennett family's experience shows the system is still far from friendly to patients.

The installment amount offered to the Bennetts — $45,843 — resembles an annual salary more than a reasonable monthly payment. The laughably unrealistic plan was apparently automatically generated by the hospital's billing system. A spokesperson for the hospital, David Breen of AdventHealth, did not answer KHN's questions about its billing software or why a five-digit monthly payment was not flagged by the hospital as a problem that might need extra attention.

The size of the Bennetts' bill stems from two overlapping issues: Baby Dorian was born in 2020 and needed hospital care into 2021, and Bisi Bennett's employer shifted its health plan to a different company in January 2021. She informed AdventHealth about the change.

As someone who works in the insurance industry, Bennett was pretty sure that she understood the mix-up and that the charge of more than half a million dollars was unjustified.

But as Dorian turned a year old last month, the family still had bills pending and a tangle of red tape to fight.

AdventHealth bundled the 2020 and 2021 dates of Dorian's NICU stay and then billed both insurance plans for the whole stay. Both insurance plans said the bill contained dates of care when Dorian was not covered, so neither paid the hospital. The shift from one year to the next flummoxed three large business entities, which seemed unmotivated to resolve the problem quickly.

In 2020, Dorian was covered under a UnitedHealthcare plan, which for in-network providers had a $6,000 deductible and $6,000 out-of-pocket maximum for the family.

In 2021, Bisi Bennett's employer switched its third-party administrator of its self-funded plan from UnitedHealthcare to UMR. The deductible and out-of-pocket maximum did not change.

Although UMR is owned by UnitedHealthcare, the two companies did not communicate well about the case.

"It's indicative of all the ways the system fails the patient," Fuse Brown says. "Even the one who does everything right."

Through the nearly yearlong fight over the bill, the Bennetts were also caring for Dorian, who left the hospital with lingering gastrointestinal issues, and managing Chris' treatment for stage 4 neuroendocrine cancer, which was diagnosed in April. At one point, Bisi says, she felt she was going crazy.

Resolution: Bisi Bennett immediately noticed and understood the calendar issue when she received the billing statements in spring 2021. She started by calling the hospital and was told the problem would be corrected in March. Yet, in September, she got the same half-a-million-dollar bill.

Breen, the spokesperson for AdventHealth Orlando, confirmed to KHN that the billing error stemmed from the change in insurers from 2020 to 2021. In a statement, Breen says medical billing can be a complex process and the hospital "understand[s] this has been a confusing and challenging experience for Ms. Bennett, and we apologize for the frustration this has caused."

AdventHealth Orlando did not submit a revised bill with corrected dates until KHN contacted the hospital in October 2021.

In his statement, Breen says that the Bennetts' case sparked AdventHealth to identify and address issues in its system and that the hospital plans to improve the billing and communications process for future patients, particularly when there is a change in insurance.

The Takeaway: Much of our fragmented health care system is on autopilot, with billing software that generates confusing or, in this case, absurd bills and payment plans.

Bisi Bennett did everything right: She chose an in-network hospital and informed it of the changes to her health insurance. She followed up when she saw there was an error. But her case didn't reach a resolution until a reporter called on her behalf.

If you are fighting a bill that you believe contains an error, call all the entities involved — the hospital, insurers, other providers — and don't forget about your company's human resources department. It may be able to pressure insurers to resolve an error faster than you can.

Most states have a department of consumer services that can help you file a complaint with the appropriate oversight entity. Staff members at state agencies can help you figure out what is going on. Tell the medical providers you are reporting them to the state.

Still, it is a frustrating, uphill battle, especially when patients have improper bills hanging over their heads for many months and are at risk of having the bills sent to a collection agency or having their credit score dinged. There should be far more transparency in billing and a set time limit for dispute resolution, experts say.

"This shows how little leverage or power a patient has in this situation," Fuse Brown says. "You almost have to go outside the system and put external pressure."