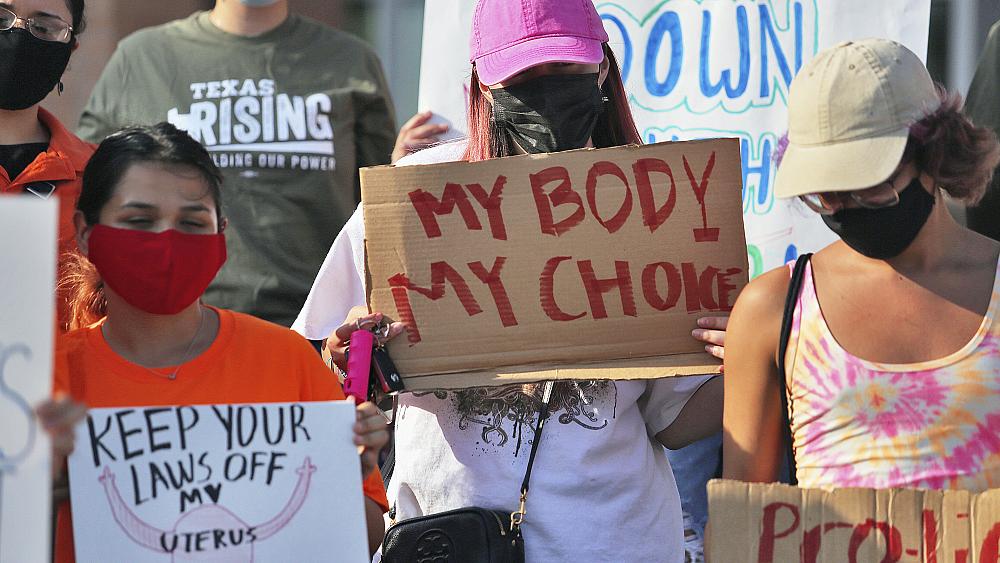 Abortion 'whistleblower' site offline after webhost refuses to host it

A so-called "whistleblower" website that allows users to report suspected abortions in Texas has gone offline after web hosting company GoDaddy said it had violated its terms.

"Last night, we informed prolifewhistleblower.com they have violated GoDaddy's terms of service and have 24 hours to move to a different provider," the company said in a statement on Friday.

The site, run by anti-abortion campaigners Texas Right to Life, was set up in the wake of a new Texas law that effectively outlaws abortions in the US state, making them illegal in all circumstances once a medical professional is able to detect a fetal heartbeat.

The site's owners said on Friday that it would be up and running again with a new provider "within 24 to 48 hours".

However at the time of writing, the whistleblower tip line appears to be offline.

What is Texas' new abortion law?

The new law, known as TX SB8, allows any private citizen to sue Texas abortion providers who violate the law, which bans terminations in all circumstances after around six weeks of pregnancy.

Private citizens can also sue anyone who "aids or abets" patients in getting the procedure. Abortion patients themselves, however, cannot be sued. 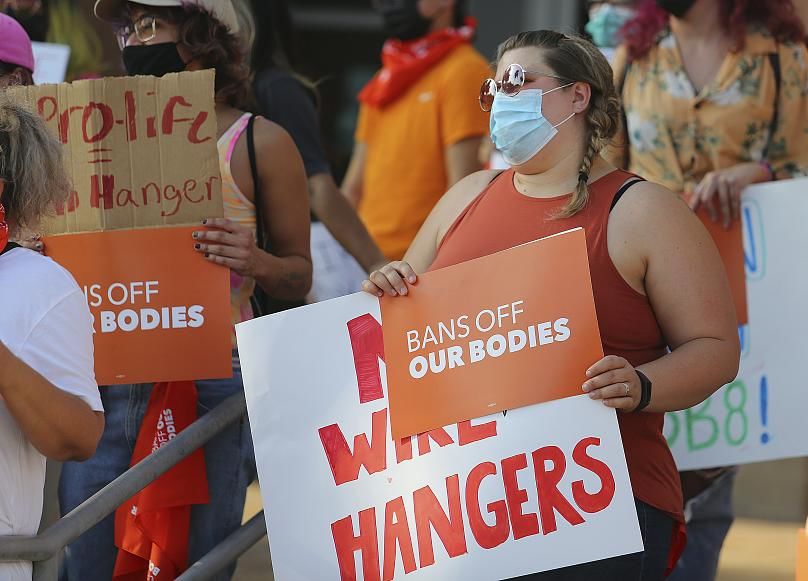 Women in Texas have protested the new abortion law, which is the strictest in the United States

TX SB8 does not make exceptions for rape or incest. The person bringing the lawsuit — who does not have to have a connection to the patient getting an abortion — is entitled to at least $10,000 (€8,400) in damages if they prevail in court.

Before being taken offline, the prolifewhistleblower website operated as an anonymous tip line for suspected violations of TX SB8.

In the time it was online, the site attracted widespread condemnation, pranks and spam.

In August, TikToker Sean Black shared the code for a bot he had created which enabled users outside Texas to flood the tip line with false reports.

Black claimed that his bot was able to send roughly 300 fake tips before it was blocked by the site.

With GoDaddy's decision to stop hosting the whistleblower tip line on Friday, Texas Right to Life was forced to find an alternative provider.

On Monday, an ICANN search for prolifewhistleblower.com showed the site as being hosted by Epik, an anti-deplatforming web services provider claiming to offer "sovereign hosting" which allows a website to "stay online in the face of the forces that may undermine online content, community or commerce".

Epik previously stepped in to host "free speech" social platforms Gab and Parler when other providers refused due to the proliferation of hate speech on the sites.

However, despite Epik stepping in to host the tip line, the prolifewhistleblower.com address redirected on Monday to the Texas Right to Life homepage.

According to The Verge, this came after Epik claimed to have “persuaded them to stop collecting anonymous tips and to take it off the internet entirely".

While GoDaddy's denial of service appears to have directly impacted the functioning of the whistleblower site, other tech firms have lined up to criticise Texas' SB8 law.

Last week, rideshare platforms Uber and Lyft announced they would cover any legal costs for drivers sued under the new law, which could make them liable for dropping patients off at abortion providers.

The law - the most restrictive to have entered into force in the United States - was condemned by Texas-based dating platforms Bumble and Match Group.

Match Group CEO Shar Dubey spoke out against the law in a memo to employees last week.

"I immigrated to America from India over 25 years ago and I have to say, as a Texas resident, I am shocked that I now live in a state where women’s reproductive laws are more regressive than most of the world, including India," she said.