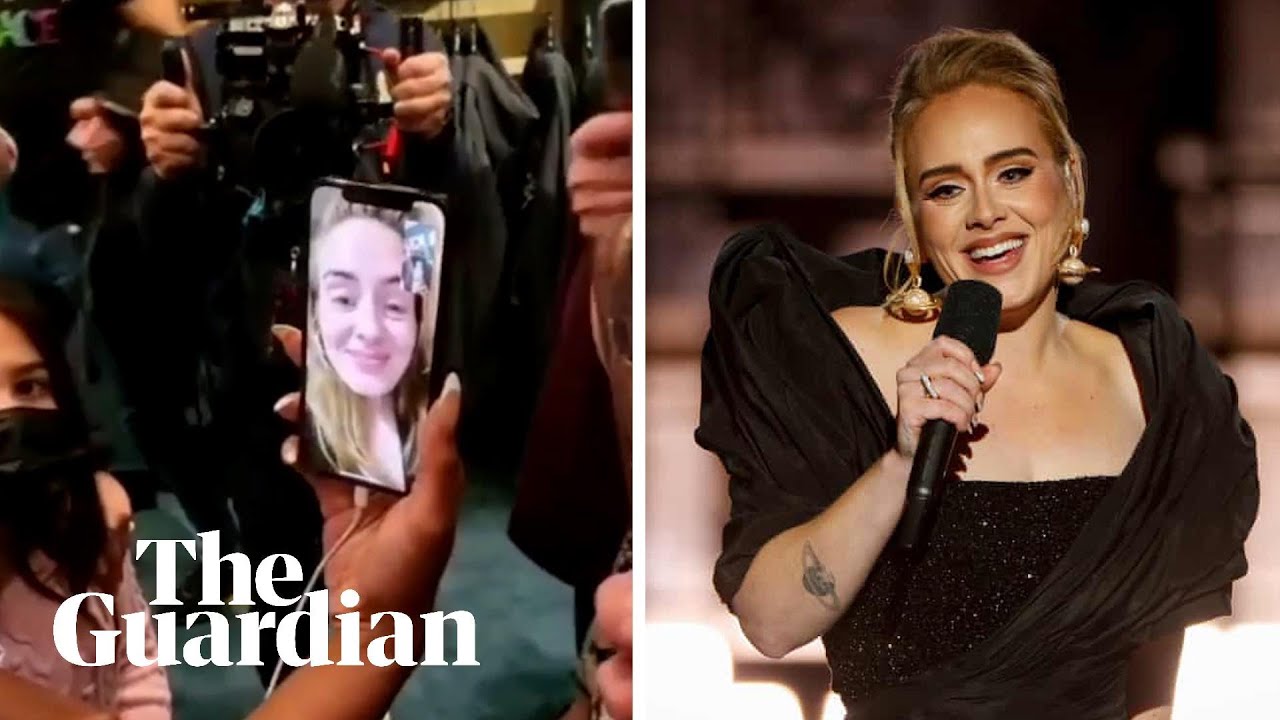 Adele has personally apologised to fans after cancelling a series of highly anticipated shows in Las Vegas because of Covid production issues.

The singer addressed disappointed concert-goers, some of who had travelled in from around the world, via FaceTime after her residency was postponed at the last minute.

Several fans were reduced to tears as an assistant from Adele’s team carried the iPhone around a pop-up merchandise store to allow the singer to speak directly to them.

In one video call to a pair of fans, the Grammy winner said: “I love you too, I’m so sorry and I can’t wait to meet you, alright. Get your free bag – and you’re not old enough to drink, are you, so you can’t have that free drink token.

She told the fan she had “bled and fucking sweated and cried” into preparing for the show. “So just have fun to all the fans and I’m really sorry and it’s really nice to meet you both.”

In a direct Instagram message to a fan, Adele apologised for the disappointment and urged them to visit her Vegas gift store, where Adele-branded T-shirts and hoodies were on sale for between $45 and $90 (£33 and £66) each.

She later took to Twitter to say that she had the “best fans in the world” and thanked them for their “graciousness and love”.

Adele’s three-month Las Vegas residency, titled Weekends with Adele, was due to begin on 21 January at the Colosseum in the Caesars Palace casino, celebrating her highly lauded album 30.

In a tearful Instagram post published on Friday, she said she was “gutted” to have to reschedule all of the dates. “I’m so sorry, but my show isn’t ready,” she said. “We’ve been absolutely destroyed by delivery delays and Covid. Half my crew … are down with Covid – they still are – and it’s been impossible to finish the show.”

After news of the postponement broke, social media was filled with stories of fans who had spent a lot of money and travelled thousands of miles only to find the performances had been cancelled.

Tickets to the show cost between $85 and more than $5,000 for platinum packages – before travel and accommodation in Nevada. Tickets in premium seating areas were selling for tens of thousands on resale websites.