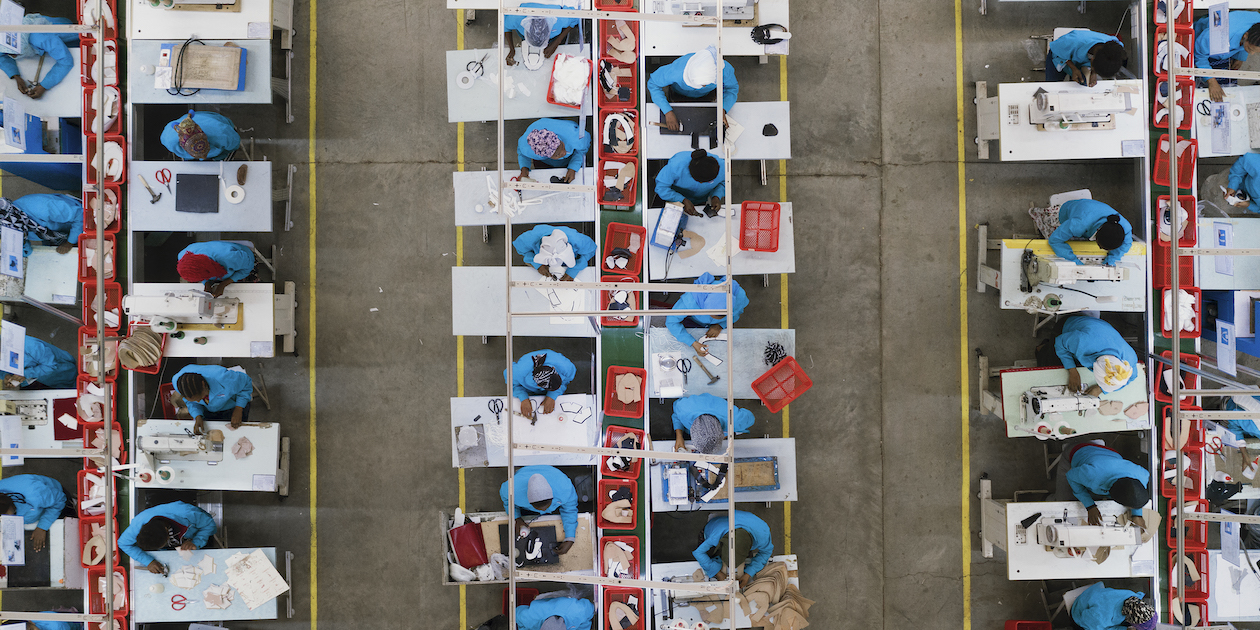 The AidData report, Banking on the Belt and Road, offers a bird’s-eye view of China’s geo-economic strategy before and after the introduction of the BRI in 2013. It details how spending patterns, debt levels, and project implementation problems have changed over time, leveraging insights from a uniquely granular dataset that captures 13,427 projects across 165 countries worth $843 billion. These projects were financed by more than 300 Chinese government institutions and state-owned entities. The new 2.0 Global Chinese Development Finance Dataset covers projects approved between 2000 and 2017 and implemented between 2000 and 2021. It is the most comprehensive dataset of its kind.

“China has quickly established itself as the financier of first resort for many low-income and middle-income countries, but its international lending and grant-giving activities remain shrouded in secrecy,” said Ammar A. Malik, a Senior Research Scientist at AidData and co-author of Banking on the Belt and Road. “Beijing’s reluctance to disclose detailed information about its overseas development finance portfolio has made it difficult for low-income and middle-income countries to objectively weigh the costs and benefits of participating in the BRI. It has also made it challenging for bilateral aid agencies and multilateral development banks to determine how they can compete—or coordinate and collaborate—with China to address issues of global concern.”

Malik and his colleagues found that, during the pre-BRI era, China and the U.S. were overseas spending rivals. However, China is now outspending the U.S. and other major powers on a more than 2-to-1 basis. In an average year during the BRI era, China spent $85 billion on their overseas development program as compared to the U.S.’s $37 billion. Banking on the Belt and Road demonstrates that Beijing has used debt rather than aid to establish a dominant position in the international development finance market. Since the BRI was introduced in 2013, China has maintained a 31-to-1 ratio of loans to grants.

The country’s “policy banks”—China Eximbank and China Development Bank—led a major expansion in overseas lending in the run-up to the BRI. However, since 2013, state-owned commercial banks—including Bank of China, the Industrial and Commercial Bank of China, and China Construction Bank—have played an increasingly important role, with their overseas lending activities increasing five-fold during the first five years of BRI implementation. The number of “mega-projects”—financed with loans worth $500 million or more—approved each year also tripled during the BRI era.

The report finds that as China has financed bigger projects and taken on higher levels of credit risk, it has also put in place stronger repayment safeguards. 31% of the country’s overseas lending portfolio benefited from credit insurance, a pledge of collateral, or a third-party repayment guarantee during the early 2000s, but this figure now stands at nearly 60%. When the stakes are especially high, the authors of Banking on the Belt and Road find that collateralization is Beijing’s “go-to” risk mitigation tool: 40 of the 50 largest loans from Chinese state-owned creditors to overseas borrowers are collateralized.

Banking on the Belt and Road also chronicles the rise of “hidden debt” and the fall of sovereign debt during the BRI era. Most of China’s overseas lending was directed to sovereign borrowers—central government institutions—during the pre-BRI era. But a major transition has taken place since then: nearly 70% of China’s overseas lending is now directed to state-owned companies, state-owned banks, special purpose vehicles, joint ventures, and private sector institutions in recipient countries. These debts, for the most part, do not appear on their government balance sheets. However, most of them benefit from explicit or implicit forms of host government liability protection, which has blurred the distinction between private and public debt and created major public financial management challenges for developing countries.

Chinese debt burdens are substantially larger than research institutions, credit rating agencies, or intergovernmental organizations with monitoring responsibilities previously understood. The authors of the report find that 42 countries now have levels of public debt exposure to China in excess of 10% of GDP. They also find that these debts are systematically underreported to the World Bank’s Debtor Reporting System (DRS) because, in many cases, central government institutions in low-income and middle-income countries are simply not the primary borrowers responsible for repayment.

According to Brad Parks, AidData’s Executive Director and a co-author of the report, “these unreported debts are worth approximately $385 billion and the hidden debt problem is getting worse over time.” He and his co-authors find that average annual underreporting of repayment liabilities to China was $13 billion during the pre-BRI era, but $40 billion during the BRI era. The average government, they estimate, is underreporting its actual and potential repayment obligations to China by an amount that is equivalent to 5.8% of its GDP. Parks explained that “the challenge of managing these hidden debts is less about governments knowing that they will need to service undisclosed debts to China with known monetary values than it is about governments not knowing the monetary value of debts to China that they may or may not have to service in the future.”

“Host country policymakers are mothballing high-profile BRI projects because of corruption and overpricing concerns, as well as major changes in public sentiment that make it difficult to maintain close relations with China. It remains to be seen if ‘buyer’s remorse’ among BRI participant countries will undermine the long-run sustainability of China’s global infrastructure initiative, but clearly Beijing needs to address the concerns of host countries in order to sustain support for the BRI,” said Brooke Russell, an Associate Director at AidData and one of the other co-authors of the report.

“China will soon face higher levels of competition in the global infrastructure finance market due to the Build Back Better World Initiative and the E.U.’s recently announced Global Gateway Initiative,” said Parks. “As we enter this new era of strategic rivalry, it will be more important than ever that G7, Chinese, and host country policymakers rely on hard evidence rather than opinions or conjecture.”‍