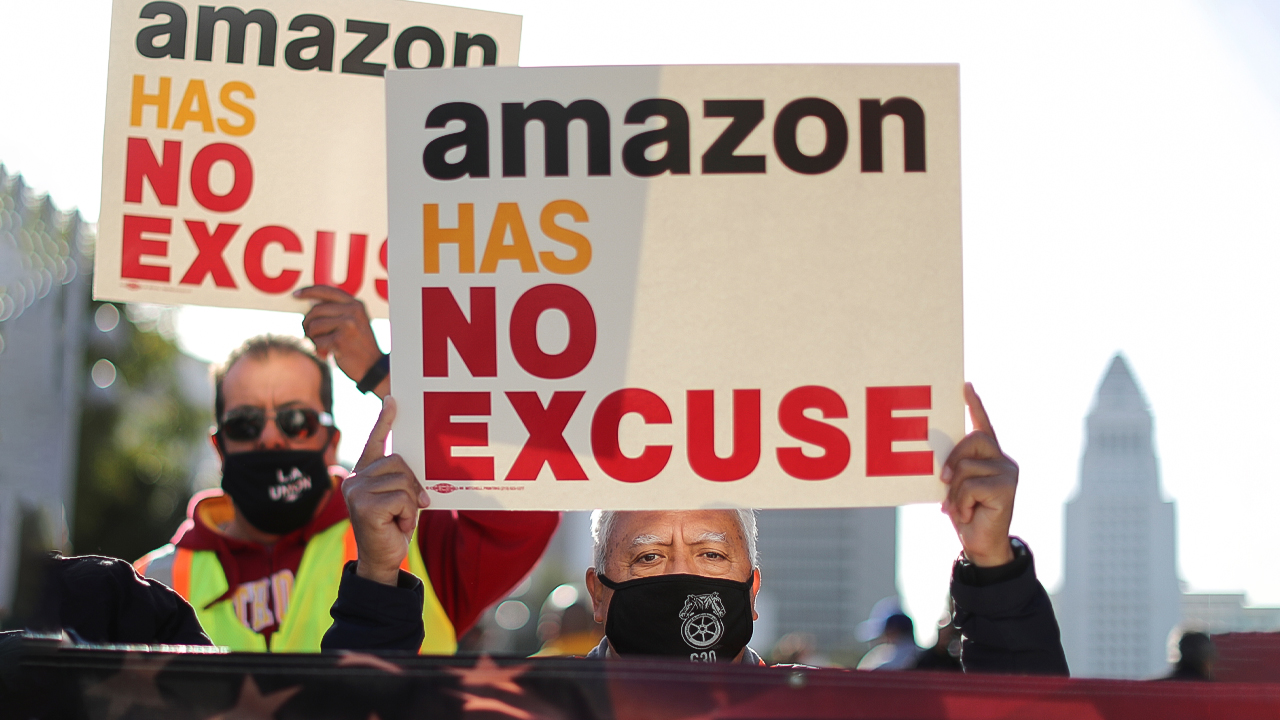 Amazon is aware of its employees reportedly peeing in water bottles and defecating in bags, documents show.

The tech giant suggested in a tweet to Rep. Mark Pocan, D-Wis., that the multiple reports published in recent years -- alleging poor working conditions at Amazon and that employees complained of peeing in water bottles or not having enough time to use the restroom -- were false.

"You don’t really believe the peeing in bottles thing, do you?" Amazon tweeted Thursday. "If that were true, nobody would work for us. The truth is that we have over a million incredible employees around the world who are proud of what they do, and have great wages and health care from day one."

The tweet came in response to criticism from Pocan, who accused the company of putting on the facade of being a "progressive workplace."

"Paying workers $15/hr doesn't make you a 'progressive workplace' when you union-bust [and] make workers urinate in water bottles," the congressman said.

Internal documents obtained by digital investigative news outlet The Intercept, and retweeted by New York Democratic Rep. Alexandria Ocasio-Cortez, show that at least some Amazon management teams were aware of the fact that employees -- and in particular, delivery drivers -- were urinating in water bottles and defecating in bags as a result of not having enough time to use a restroom.

One Pittsburgh-based Amazon employee sent a document labeled "confidential" to the outlet that lists behavior violations, including "public urination" and "public defecation."

The same employee shared an email from an Amazon manager to employees with The Intercept condemning the third instance of a driver defecating in a bag in two months.

"This evening, an associate discovered human feces in an Amazon bag that was returned to station by a driver," the email reads, according to The Intercept. "This is the [third] occasion in the last [two] months when bags have been returned to [the] station with poop inside. We understand that [driver associates] may have emergencies while on-road, and especially during Covid, DAs have struggled to find bathrooms while delivering."

The email continues: "We’ve noticed an uptick recently of all kinds of unsanitary garbage being left inside bags: used masks, gloves, bottles of urine. By scanning the QR code on the bag, we can easily identify the DA who was in possession of the bag last. These behaviors are unacceptable and will result in Tier 1 Infractions going forward. ... I know if may seem obvious, or like something you shouldn’t need to coach, but please be explicit when communicating the message that they CANNOT poop, or leave bottles of urine inside bags."

Another former Amazon delivery driver, Halie Marie Brown, told the outlet that the incidents happen because drivers "are literally implicitly forced to do so, otherwise we will end up losing our jobs for too many 'undelivered packages.'"

An email Brown shared with The Intercept warns employees to check their delivery vans "thoroughly for garbage and urine bottle[s]."

"If you find urine bottle[s], please report to your lead, supporting staff or me. Vans will be inspected by Amazon during debrief[ings] if urine bottle[s] are found, you will be issue[d] an infraction tier 1 for immediate offboarding," the email reads, according to the outlet.

Yet another email from an Amazon manager that a Houston-based driver to The Intercept complains of "several bad accidents, a stolen van" and "drivers leaving piss bottles etc. in the vans."

A number of reporters who have researched allegations of evidence working conditions at Amazon shared proof that employees complained of peeing in water bottles or not having enough time to use the bathroom on Twitter.

Amazon did not immediately respond to an inquiry from Fox News.

Progressive politicians including Ocasio-Cortez and U.S. Sens. Bernie Sanders, I-Vt., and Elizabeth Warren, D-Mass., as well as conservative politicians including U.S. Sen. Marco Rubio, R-Fla., have increased pressure on Amazon to improve and be more transparent about worker conditions at its facilities. Their pressure comes as workers in Bessemer, Alabama, push a union vote that the company unsuccessfully attempted to delay.

Amazon's official brand account on Twitter has sparred with a number of lawmakers in recent days as the company attempts to vanquish the unflattering allegations.

The company has come under scrutiny after employees across the globe complained of poor working conditions amid COVID-19. On the other hand, Amazon has employed 500,000 global workers in 2020, including seasonal workers, bringing its total workforce to more than 1.3 million, the company announced during its fourth-quarter earnings call. It also reached a trillion-dollar market cap in January,

The company has implemented a number of new COVID-19 safety measures and tests than 700 employees per hour, according to its earnings report. It also allocated $2.5 billion in additional pay for employees, who are paid $15 per hour, in 2020, as well as full health care benefits. 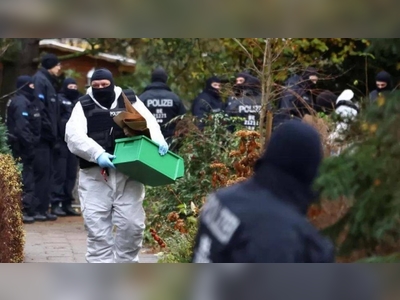