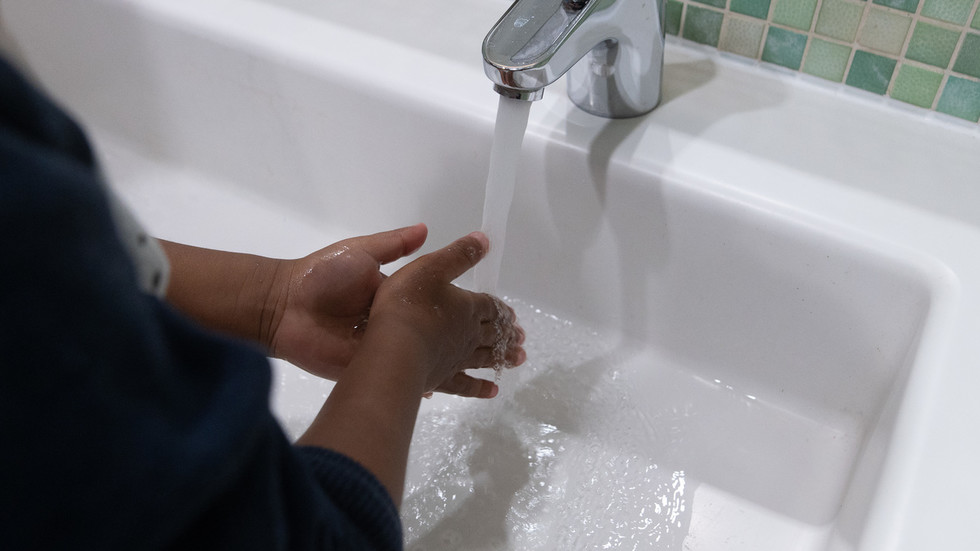 Over two in three people confessed to becoming ‘germaphobes’ following two years of Covid
Over two out of three Americans have become ‘germaphobes’ since the Covid-19 pandemic took hold in the US in March 2020, according to a recent survey by Xlear and OnePoll published on Wednesday. Some 69% of respondents said they had adopted new hygiene practices in order to avoid falling ill, from wearing masks and gloves to washing their hands more often.

More than two thirds of the newly-minted germaphobes - 68% - said they have prioritized their hygiene, with 62% claiming their cleansing habits have “permanently changed for the better” thanks to the pandemic.

The outbreak has also increased levels of guilt surrounding cleanliness. While 88% of respondents said their hygiene was important to them, almost three out of five - 57% - lamented that they didn’t treat their bodies as well as they should. More than half blamed themselves for not washing their hands enough, and 55% blamed their “poor hygiene practices” for previous bouts of illness, with 71% stating they would have adopted stricter habits sooner had they known the effect on their health.

Forty percent of Americans have named taking better care of their health as their top goal for 2022, and just over half want to treat their bodies better (51%) - or simply feel healthier (52%). Seven out of 10 said they would “do nearly anything” to be sick less often.

However, Xlear’s Dr. Lon Jones believes the nose is the missing piece in Americans’ poor health. “Keeping the nose clean is important because essentially all respiratory problems begin there,” he said in a statement accompanying the survey, suggesting that those seeking improved health start with taking better care of their noses. The company’s CEO Nathan Jones concurred, boasting that he was an “avid nose washer.”

The number of Americans embracing their germaphobia has shot up since last year. A March 2021 survey found just 42% of Americans identified as germaphobes, with 79% of those embracing that new identity as a good thing. However, 41% of respondents expressed impatience with the endless messaging about hand washing and other hygiene measures aimed at quelling the coronavirus. Apparently, a sizable chunk of those have now learned to start worrying and love the mask.

The US has been one of the worst-hit nations by Covid-19, with upwards of 900,000 people having died with the virus since the beginning of the pandemic, many of those with multiple comorbidities such as obesity and cancer.

American healthcare is rated the worst out of all developed nations, as well as the most expensive.
#Coronavirus  #COVID-19  #Covid