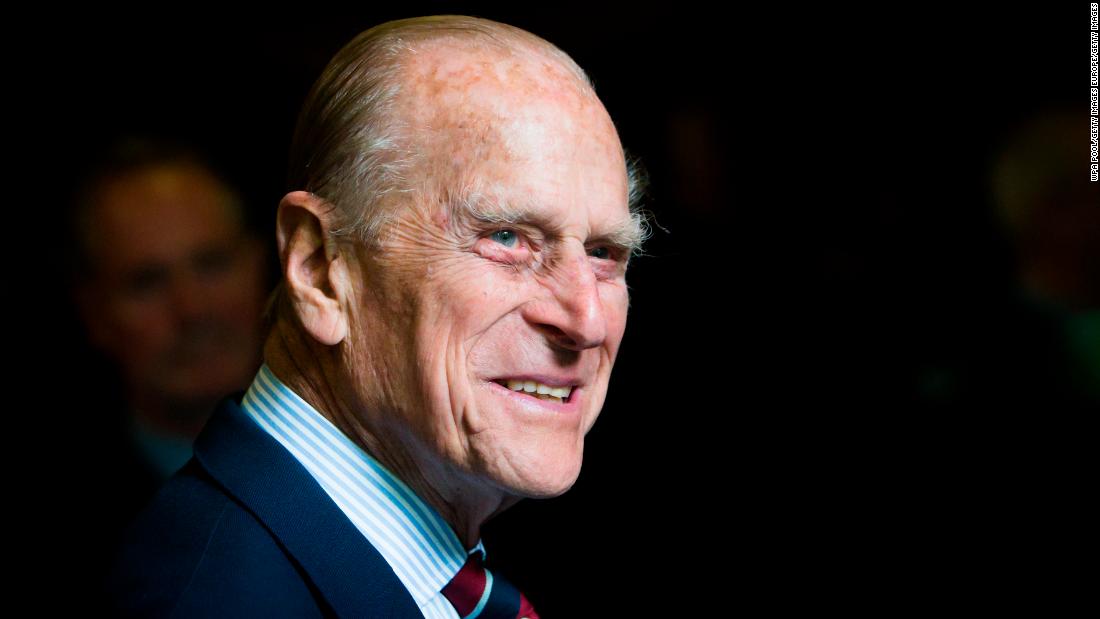 A court battle is brewing over Prince Philip's will

The document is going to be kept secret for 90 years, according to a ruling earlier this year.
A deep-seated debate on privacy is taking place after the Guardian newspaper announced it was taking legal action over the media's exclusion from a hearing on Prince Philip's will earlier this year.

In September, Andrew McFarlane, president of the High Court's Family Division, ruled that Philip's will would be sealed for 90 years. Among the few present was a lawyer representing the duke's estate from law firm Farrer & Co, the Queen's private solicitors, and the attorney general, the government's chief legal adviser. The media weren't told of the hearing or permitted to attend, with the public interest represented by the attorney general.

A Guardian News & Media spokesperson told CNN in an emailed statement that the High Court's decision to ban the media from the court hearing without informing outlets or allowing them to make representations "is a clear threat to the principles of open justice."

"It is also concerning that the court appears to believe that only the attorney general can speak to the public interest," the spokesperson continued. "We are seeking permission to argue that the behaviour of the high court in this instance constitutes a failure of open justice and that the case should be reheard."

According to British law, if a person prepares a will prior to their death, it becomes a public document after being admitted to probate, and anyone can obtain a copy from the Probate Registry for a fee.

However, anyone can ask the court to "seal" a will and keep it private, according to Geoff Kertesz and Judith Swinhoe-Standen from UK law firm Stewarts. "The court must be persuaded that it would be 'undesirable or otherwise inappropriate' to make the will public," they told CNN. "Historically, the courts have approved such applications only for senior members of the royal family. It is unclear under what, if any, other circumstances the court might agree to keep a will private."

One recent senior royal whose will was made public was Diana, Princess of Wales, who gave up her HRH title when she divorced Prince Charles.

Judge McFarlane said in his ruling that "it has become the convention that, following the death of a senior member of the Royal Family, an application to seal their will is made" and that "it appears that such applications have always been heard in private and have invariably been granted."

He said it was understood that the first member of the royal family whose will was sealed was Prince Francis of Teck, the younger brother of King George V's wife Queen Mary, who died in 1910.

Francis died suddenly at the age of 40, following a botched medical examination of his nose, according to Nash, who also authored "Royal Wills in Britain from 1509 to 2008." He said the prince was a "reckless gambler" but also an "extremely lovable character," who bequeathed treasured family jewels to his mistress in a draft version of his will.

Nash, who has seen a copy of the draft will that surfaced in archives in Northern Ireland, said the prince was constantly in financial trouble, and upon his death "Queen Mary knew that the creditors, once they saw the will, would descend and everything that Frank died possessed of would have to be sold in order to satisfy these massive debts."

He continued, "And she was absolutely mortified that the public would be able to know about the state that her brother had got himself into."
Nash also pointed out that the family has faced legal challenges to the secrecy of royal wills before, the most recent of which was considered by the court in 2007. He highlighted an application by Robert Andrew Brown, who claimed to be the illegitimate child of the Queen's sister, Princess Margaret. Brown sought to open Margaret's will, as well as that of the Queen Mother, but the claim was dismissed as a fantasy, Nash said.

Privacy has become the debate of the modern era for the British monarchy, with the question of how much privacy a family member deserves routinely emerging. Critics often say royals use their positions and privilege to secure exemptions and evade scandal, while also noting that the Windsors are funded by taxpayers.

In his judgment, McFarlane said he was the custodian of a safe holding more than 30 envelopes, each of which supposedly contains the secret will of a dead royal. The most recent additions were made in 2002 with those of the Queen Mother and Princess Margaret.

McFarlane also touched upon why privacy was afforded for royal wills, saying: "The answer to the question 'why should there be an exception for senior members of the Royal Family?' is, in my view, clear: it is necessary to enhance the protection afforded to the private lives of this unique group of individuals, in order to protect the dignity and standing of the public role of the Sovereign and other close members of Her family."

Lawyers Kertesz and Swinhoe-Standen said there was a notable difference in the handling of the Duke of Edinburgh's wills and those of royals before him.

"All previously sealed royal wills are to be kept private indefinitely, but Prince Philip's will is different in that its privacy is time-restricted to 90 years," the pair said. "After 90 years, certain officials may inspect it, and they may then invite the court to rule on whether the will should be made public at that point, or kept private for a further period."

Nash described the time limit as an "important advance," as the previous position meant wills were concealed in perpetuity. "That gave serious misgivings to historians, lawyers, researchers -- everybody that had a valid reason for reading the will," he added.

"I can see in future cases that 90 years tumbling down to, say, 50 years or even less. So that there is at least some possibility of people living now being able to read (a will) at some time in the future during their lifetime."