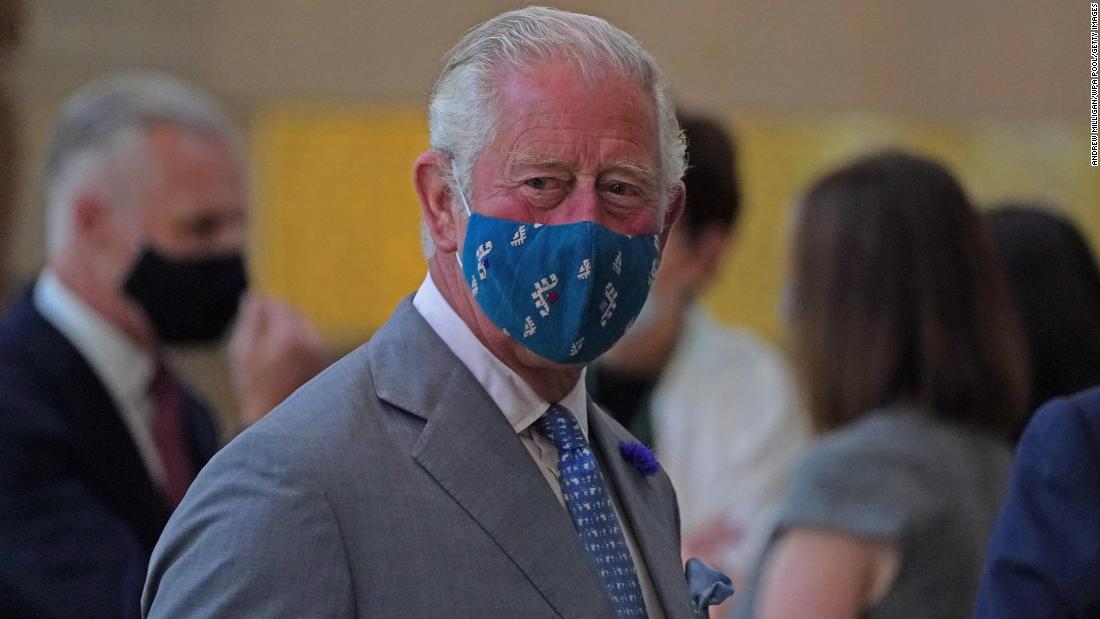 Analysis: Why the cash-for-honors allegations are embarrassing for Prince Charles

Prince Charles' staff will tell you he's at his desk every day, often late into the night, reading reports that come in from his many charities, and scribbling notes and suggestions in the margins before sending them back. He has, more than any other Prince of Wales, redefined what it means to be heir apparent.

That's why the claims this week of corruption at the very top of Charles' charitable network are bound to be of concern to Buckingham Palace.

The chief executive of The Prince's Foundation -- the umbrella group for Charles' charitable organizations -- temporarily stepped down amid claims that he helped secure an honorary title for a major donor.

According to an investigation by the Sunday Times, Michael Fawcett helped nominate Saudi businessman Mahfouz Marei Mubarak bin Mahfouz for a coveted CBE. It was reportedly in exchange for substantial charitable contributions. CNN has reached out for comment from Mahfouz and Fawcett.

Charles himself is not under any scrutiny and a spokesman for the prince told CNN he has "no knowledge" of the alleged scandal. Nonetheless, the association is embarrassing.

The Prince's Foundation is now investigating and, more significantly, the Metropolitan Police are said to be looking into a complaint made by the anti-monarchy group Republic.

Charles doesn't just provide advice to his causes, he's also their key fundraiser. Staff will also tell you that he raises more than £100 million ($139 million) a year for charity through a packed diary of engagements.

This work is separate from his constitutional role representing the Queen at official events, which are paid for and supported by the British government.

That separation is deliberate, to avoid any suggestion of a conflict of interest or abuse of power. His charities are operated outside his main office at Clarence House, and that's something royal sources have emphasized this week while battling the scandal. 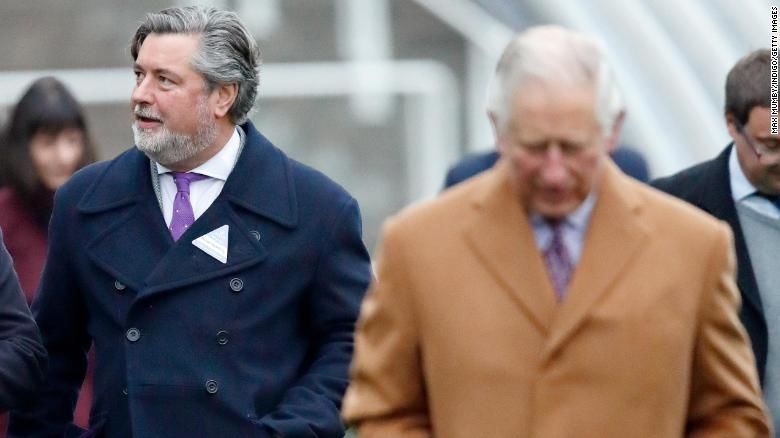 Charles has spent years trying to rid himself of the nickname "the meddling prince" -- coined by some British tabloids -- and prove his impartiality as a future head of state. With the UK being a constitutional monarchy, royals are meant to remain neutral and avoid expressing their personal views on policy.

Charles has come under fire from time to time following interventions on subjects close to his heart. In 2015, 27 letters written by the prince were released under the Freedom of Information Act and showed him lobbying government departments on a number of subjects, such as farmer subsidies and promoting
British produce. He addressed being an outspoken heir in a 2018 documentary, saying he had "tried to make sure whatever I've done has been nonparty political" but acknowledged that he will have to act differently as sovereign.

This recent episode is particularly difficult for Charles, as Fawcett is -- without doubt -- his longest-serving and most loyal aide, having worked his way up from a valet position in the royal household to CEO of his foundation. It's also difficult personally, because Charles once described Fawcett as "indispensable."

Charles has not been accused of any kind of wrongdoing but as direct successor to the throne a certain level of decorum is expected of him. A continued association with a right-hand man -- who left his valet role in 2003 after he was cleared of selling unwanted royal gifts and taking a cut -- could ultimately taint Charles' reputation. Both will be hoping the investigations are concluded swiftly. 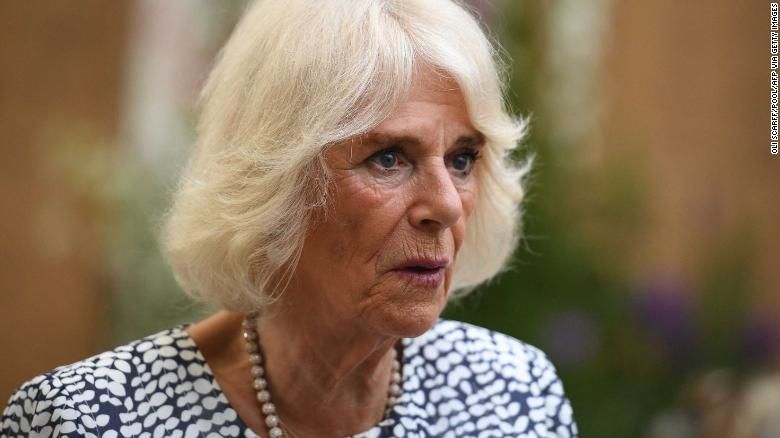 Camilla, Duchess of Cornwall speaks during an event in June.

The Duchess of Cornwall is the new patron of Nigeria's first sexual assault referral center in Lagos. Established in 2013, the Mirabel Centre has provided support to more than 6,450 survivors. Camilla, who has long championed the fight against domestic abuse and sexual violence, expressed her delight at her new role. "It is a truly trailblazing organization, supporting survivors of rape and sexual assault as they seek healing and justice. Their vital work means that women need no longer suffer in silence and I am deeply grateful to all Mirabel's wonderful staff and volunteers," she said in a statement. Clarence House said the duchess would be working with Nigerian and British Nigerian women in the months ahead to find ways to help the center. Read the full story here.

WHAT ELSE IS HAPPENING?

Queen Elizabeth II and the royal family back the Black Lives Matter (BLM) anti-racist movement, according to a senior representative. UK broadcaster Channel 4 asked Ken Olisa, the first black Lord-Lieutenant for London, whether the royal family supports BLM. "The answer is easily yes," he said, adding that the issue of race is a "hot conversation topic" in the royal household. The royal family's attitude to race has been in the spotlight recently following allegations of racism from Prince Harry and Meghan, Duchess of Sussex, and the revelation that ethnic minority immigrants and foreigners were banned from clerical positions at Buckingham Palace until at least the late 1960s. 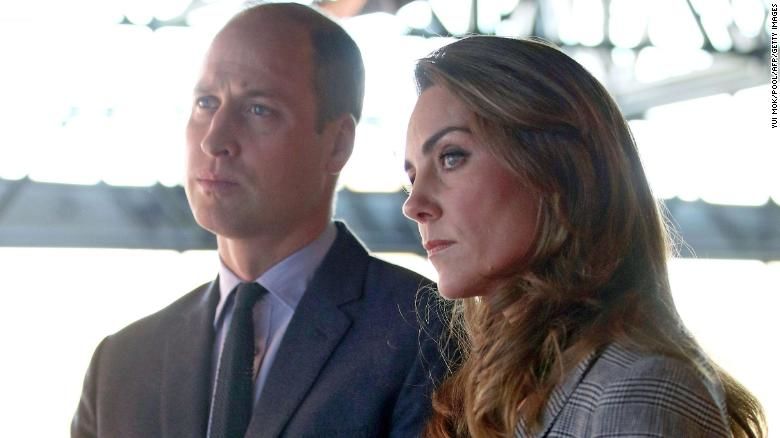 William and Kate, seen at a charity event in London in 2019

William and Kate's Royal Foundation is stepping up its approach to diversity, it said in its annual report. In its 2020 Trustees' and Auditor's report, the charitable organization reiterated its commitment to equality and diversity and "to ensuring a positive, safe and respectful environment which promotes the wellbeing and dignity of its employees, applicants, partners, suppliers and those whose interests it represents." The 44-page document highlighted that it "also has been working since early 2020 to place its approach to diversity -- as an employer, partner, and designer of charitable initiatives -- at the centre of its overall strategy." Additionally, a "particular focus" has been placed on improving diversity among its board. It stated that formal diversity targets would be "considered, monitored, and reported on," after previously not being set. The report emphasizing a focus on diversity and inclusion in the past year comes after the Duke and Duchess of Sussex suggested in their interview with Oprah Winfrey that there was a culture of institutional racism in the monarchy and among family members. The family responded by saying they were taking the issues raised "very seriously" but would be addressing them privately.

Buckingham Palace acknowledged more work was needed to drive diversity within the royal household in its own annual financial report released in June.

The Duke of Sussex has wished "good luck and good weather" upon a six-man team preparing for a 249-mile fundraising trek, after the Walking With The Wounded veterans charity announced its twice-delayed Grenadier Walk of Oman expedition would be "reimagined" in the UK. Harry, who has been expedition patron for a number of years, said: "The team at Walking With The Wounded understand that it's not about where you walk -- it's about walking together with a common purpose and shared mission. These men and women know what service is, they've seen and overcome adversity, and they won't let obstacles get in their way. They are paragons of inspiration for communities everywhere. We wish them good luck and good weather." The charity's CEO, Fergus Williams, said the decision to proceed with the venture in the UK was the result of continued uncertainty around the pandemic and travel restrictions. Set to start on October 10 at the Omani embassy in London, the team will walk the Thames Path trail and take on Pen-Y-Fan, the highest peak in the Brecon Beacons National Park in Wales.

William is back to work after his summer vacation. 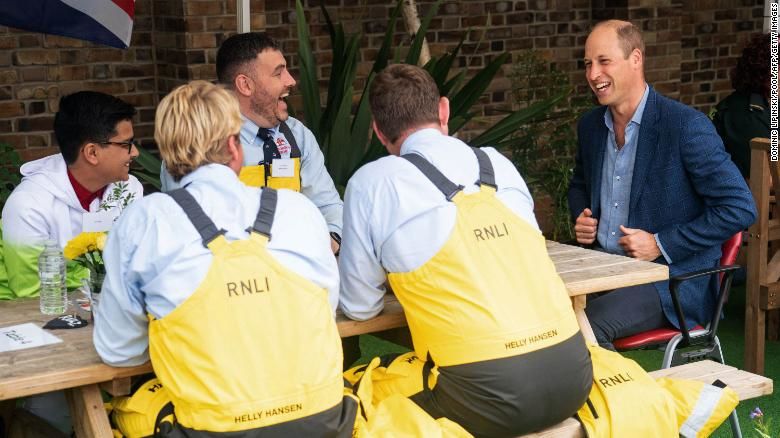 The Duke of Cambridge is returning to his royal duties as the summer holidays come to an end. On Thursday, he visited a fire station in south London to mark Emergency Services Day, where he met emergency responders and members of the public who have received life-saving support. Following the engagement, he returned to Kensington Palace to host a meeting on suicide prevention within the emergency services community. The event with frontline response workers came a day before World Suicide Prevention Day on Friday. As a former Air Ambulance pilot and RAF Search and Rescue pilot, supporting the mental health and well-being of the emergency services community is a subject close to his heart. 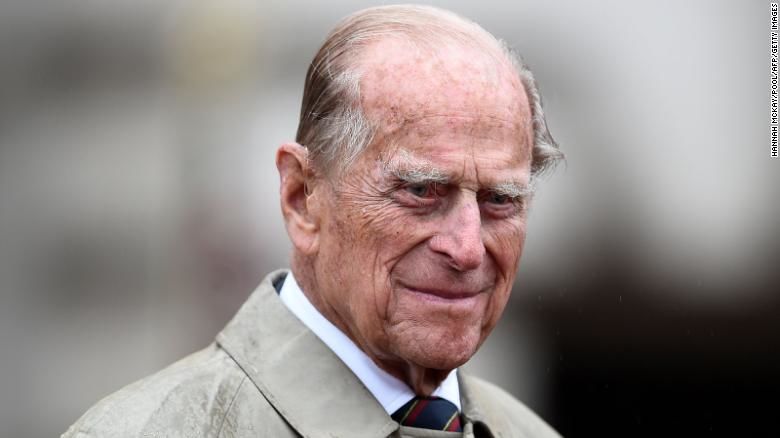 Prince Philip, seen in London on August 2, 2017, the day he retired from royal duties

More than a dozen members of the royal family have paid tribute to the Duke of Edinburgh in a new documentary honoring his life. The Queen and the duke's children, along with their adult grandchildren and other members of the family, took part in a poignant, personal portrait of Philip, the longest-serving consort in royal history. The documentary, conceived to mark Philip's 100th birthday, features interviews filmed before and after his death in April, and features never-before-seen moments from his life. It airs on BBC TV on September 22.

PHOTO OF THE WEEK 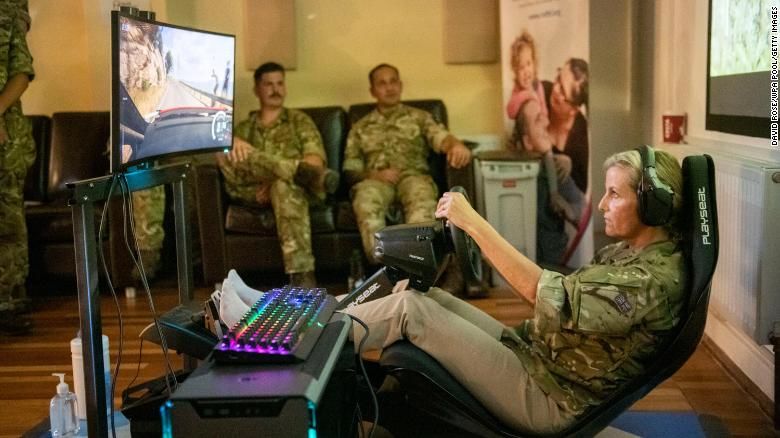 Sophie, the wife of Prince Edward, has a go at rally driving on computer game "Colin McRae: Dirt 2" during an E-Gaming Challenge while visiting RAF Wittering on September 7, 2021 in Peterborough, England. The 56-year-old was at the air force base for the Countess of Wessex Cup, an annual military competition that challenges the royal's regiments and associations in "a series of demanding physical and mental tests."