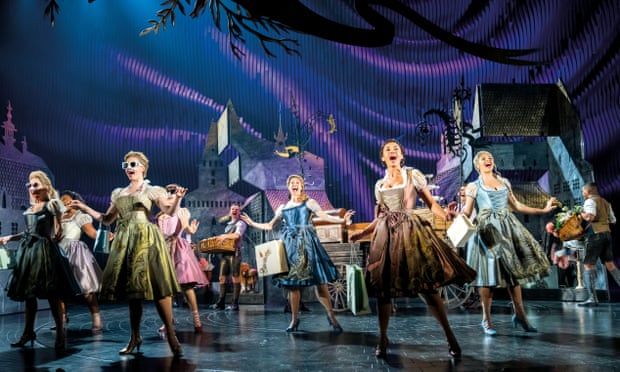 The curtain is to come down on Andrew Lloyd Webber’s new West End musical Cinderella, just under a year after opening, with its final performance set for 12 June.

In a statement released on Sunday by Lloyd Webber’s Really Useful Group, the composer said “mounting a new show in the midst of Covid” had been an “unbelievable challenge” and that a new production of Cinderella would open on Broadway in 2023.

There was astonishment at the way in which news of the show’s closure reached current and future members of the Cinderella company over the bank holiday weekend. Summer Strallen, who had been due to join the cast, said that she had found out about it from reading a news story online and that her agent had received an email. Appearing on Instagram Live, Strallen said she had been due to start rehearsals in June and that she had been for a wig fitting three days earlier for her role as the Queen, which she was expecting to play for one year.

Luke Latchman, who had also been due to join the show, tweeted: “Imagine – planning in your head 100 times what you’re going to say when it’s announced. Telling your friends and family you have something coming and can’t wait to tell them about it. Knowing that career-changing West End lead was coming. Then you see a tweet and it’s all gone.”

Daisy Twells said that she had been due to join rehearsals next month and was set to make her West End debut in the ensemble of Cinderella. She had the next year “planned out financially and logistically” before she got the “devastating” news. “This was a dream come true for me and yesterday it was all taken away in seconds,” she tweeted on Monday. She said that she had “found out through a press release that the show is closing”.

Carrie Hope Fletcher, who plays Cinderella, tweeted on Sunday night: “I don’t think I have the words … Sending love to all impacted by today’s news and by how that news was delivered.”

A spokesperson for the Really Useful Group said on Monday: “Everyone involved in Cinderella was contacted by call, email or in person (some through agents) before the news went live in the evening. Every effort was made to ensure people were notified before it went live, while trying to manage how quickly it would move on social media once people were informed.” Paul Fleming, the general secretary of Equity, the UK trade union for creative practitioners, tweeted that the way some people had learned about the closure amounted to “a callous attack on the dignity of the Cinderella company”. 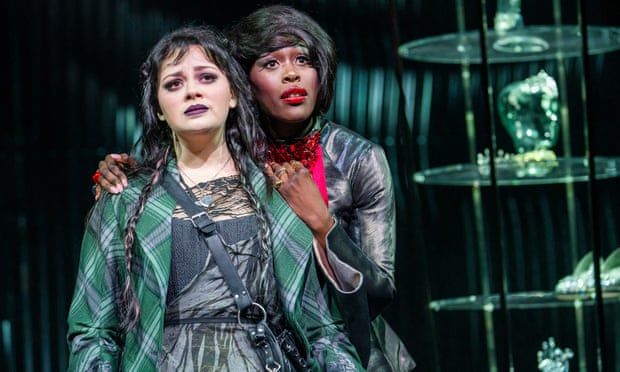 Carrie Hope Fletcher as Cinderella and Gloria Onitiri as the Godmother.

The Great British Bake Off winner and Strictly Come Dancing finalist John Whaite revealed on social media that he had been due to join the cast for Cinderella in July in the role of Prince Charming. He said that his “heart went out” to those working on the show. Cast member Victoria Hamilton-Barritt, who plays the scheming, sharp-tongued stepmother in the show and brought Cinderella its only Olivier award nomination, tweeted that the role “has been a thrill and an experience I needed … From Monday morning June 13th I’m your women in your rehearsal room.”

No specific reasons for the show’s closure were given by the Really Useful Group but Cinderella has suffered heavy losses during its run, particularly when performances were suspended from late December to early February to avoid disruption and “protect the quality of the show” while the Omicron variant spread rapidly across the UK.

The show’s arrival at the Gillian Lynne theatre in the West End was delayed by a year because of the pandemic. Government restrictions meant that Cinderella played at reduced capacity during its previews, at an estimated weekly loss of £100,000. Its official opening night was cancelled at the 11th hour last July because of a Covid case in the cast. When the show finally opened, in August, it received glowing reviews but its online booking system reveals that there are many empty seats for the remaining performances.

In his statement, Lloyd Webber said: “I am incredibly proud of Cinderella. Not only did it get some of the best reviews of my career, but we led the charge to reopen the West End, ensuring that theatre and live entertainment remained relevant and in the news.”

The composer – who in 2017 quit as a Conservative peer, saying he was entering the busiest ever period of his career – has been outspoken about the government’s handling of the pandemic. “We held the Government’s feet to the flames throughout their changes of heart during the pandemic,” he said in the statement. Last summer he even declared himself ready to risk arrest and open for full audiences when theatre capacities were restricted for social distancing. His total fortune, according to the Sunday Times Rich List for 2021, plummeted by £275m to £525m.

Theatregoers with tickets for performances after 12 June are to be contacted by the box office or their ticket agent to discuss their options. Broadway previews for Cinderella, presented with the production company No Guarantees, are set to begin in February 2023. 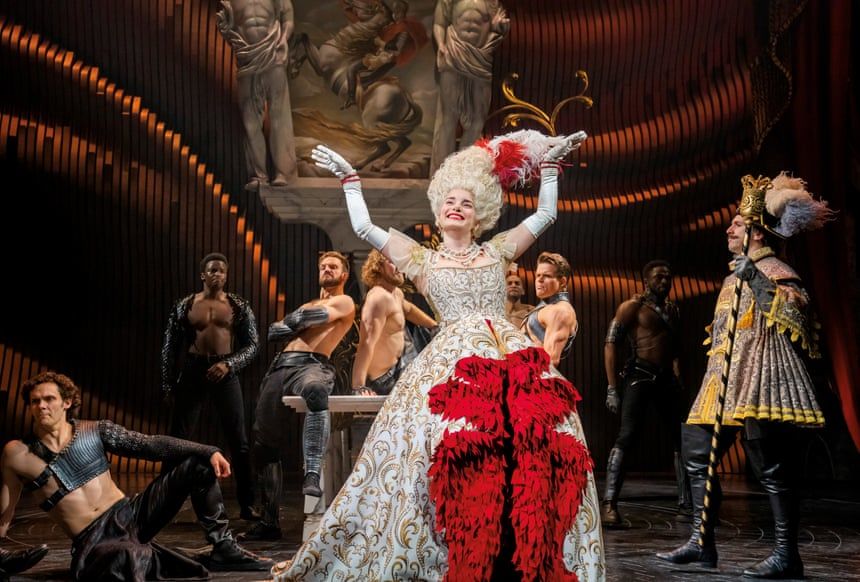 5 March 2020
As Covid causes disruption, announcement made that the first preview will now be delayed to 9 October owing to “current global circumstances”.

4 June 2021
Far Too Late song released for musical, which is now due to open in July.

8 June 2021
Lloyd Webber says he is determined to open Cinderella at full capacity and ready to risk arrest in doing so.

18 June 2021
Composer slams “government delay and confusion” and says Cinderella will not be part of a pilot scheme for reopening theatres, as suggested by the prime minister.

19 July 2021
Press night cancelled at short notice owing to a Covid case in the cast; Lloyd Webber criticises “impossible conditions created by the blunt instrument that is the government’s isolation guidance”.

21 December 2021
Cinderella performances halted because of Omicron and will restart “as soon as this wave is licked”, says Lloyd Webber.

1 May 2022
Closure announced. “Thank you very much to everyone involved, particularly our UK audiences who have loved and supported the show,” says Lloyd Webber.