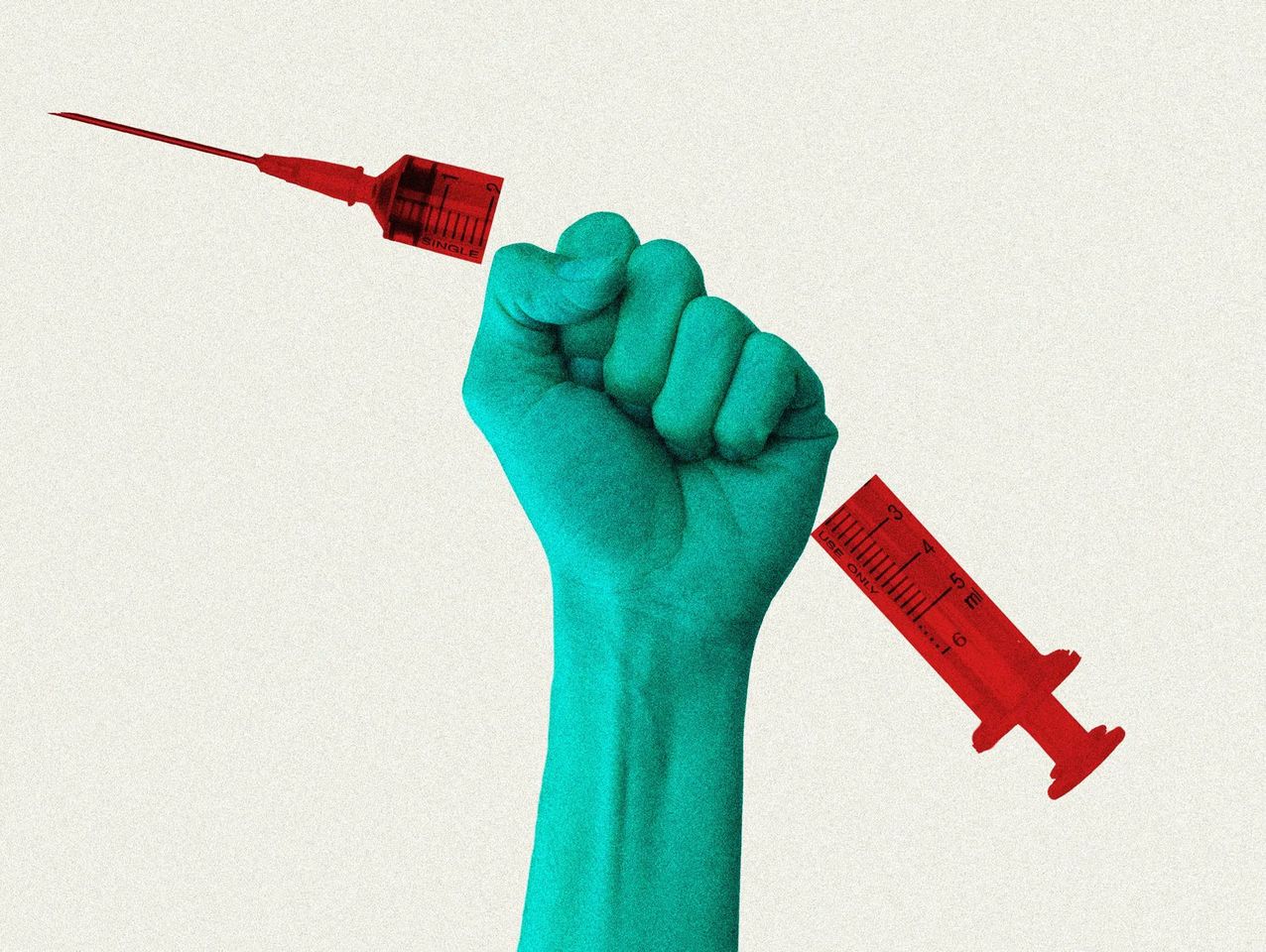 Crime or self-defense? Anti-vaxxers bribe doctors for “vaccination” with water, end up with the real vaccine

Mass fake vaccinations have been taking place in dozens of vaccination centers throughout Greece, media reported on Sunday. The bribe fee for doctors and nurses is apparently 400 euros. the fee is paid is by those who do not want to receive the vaccines against Covid-19 but want to gain access to several activities or simply avoid the twice per week Rapid tests for professional and other reasons.

But then a hilarious thing happened: Doctors pocketed the bribe but administered real vaccine and not “water” in order to avoid getting into trouble should the fake vaccination come out.

According to newspaper tovima, some 100 to 200 vaccination centers out of 2,000 in total and the participation of some 200-300 doctors and nurses have been involved in such fake vaccinations and/or in efforts to alter the vaccination data. It estimated that over 100,000 citizens have obtained fake vaccination certificates through illegal methods.

Under continuous cross-checks by health authorities inspectors are vaccination centers in Athens, Karditsa in western Macedonia and several areas in Peloponnese following a storm of denouncements and reports.

Greek Police has reportedly dismissed part of the tovima-report on Sunday without elaborating on details.


Can you imagine? Duped antivaxxers could have the usual side effects of the vaccine, go to doctors for a check and find out that they were administered the real thing.

On the positive side: they now have antibodies against the coronavirus.

On the negative side, though: they underwent a medical treatment without their consent.

Can they sue the doctors? Yes, if they admit they bribed them with the aim of a fake vaccination certificate.

Therefore such a legal action is hardly possible.

Another side effect of the fake vaccinations is how real is the vaccination rate in Greece, the actual epidemiological data and the immunity wall.

Investigating all these issues is a challenge for the Greek government that is eager to have the economy return to normality as soon as possible.