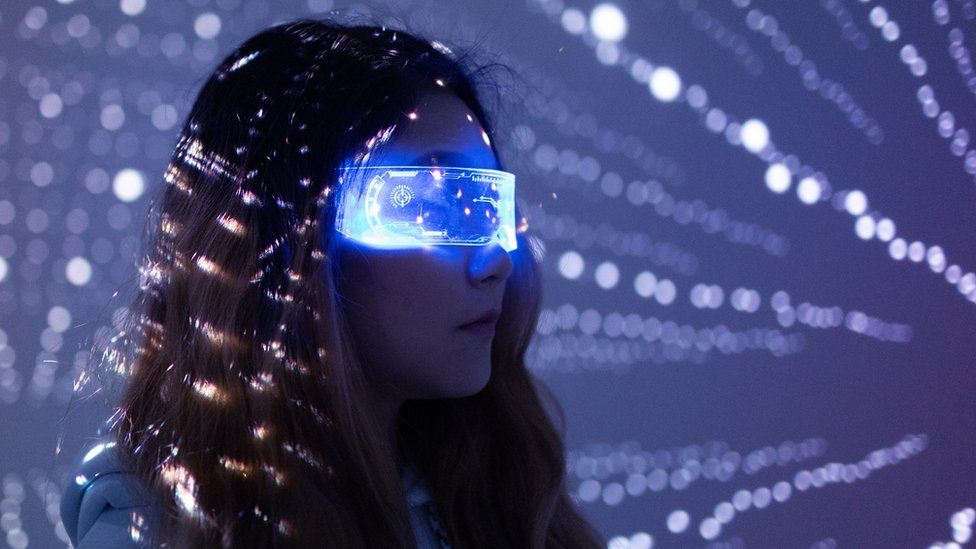 Apparently, it's the next big nothing. What is the metaverse?

Facebook has just announced it's going to hire 10,000 people in Europe to develop the "metaverse".

This is a concept which is being talked up by some as the future of the internet. But what exactly is it?

What is the metaverse?

To the outsider, it may look like a souped-up version of Virtual Reality (VR) - but some people think the metaverse could be the future of the internet.

In fact, the belief is that it could be to VR what the modern smartphone is to the first clunky mobile phones of the 1980s.

Instead of being on a computer, in the metaverse you might use a headset to enter a virtual world connecting all sorts of digital environments.

Unlike current VR, which is mostly used for gaming, this virtual world could be used for practically anything - work, play, concerts, cinema trips - or just hanging out.

Most people envision that you would have a 3D avatar - a representation of yourself - as you use it.

But because it's still just an idea, there's no single agreed definition of the metaverse.

Why is it suddenly a big thing?

Hype about digital worlds and augmented reality pops up every few years, but usually dies away.

However, there is a huge amount of excitement about the metaverse among wealthy investors and big tech firms, and no-one wants to be left behind if it turns out to be the future of the internet.

There's also a feeling that for the first time, the technology is nearly there, with advancements in VR gaming and connectivity coming close to what might be needed.

Facebook has made building the metaverse one of its big priorities.

It's invested heavily in virtual reality through its Oculus headsets, making them cheaper than rivals - perhaps even at a loss, according to some analysts.

It's also building VR apps for social hangouts and for the workplace, including ones that interact with the real world. 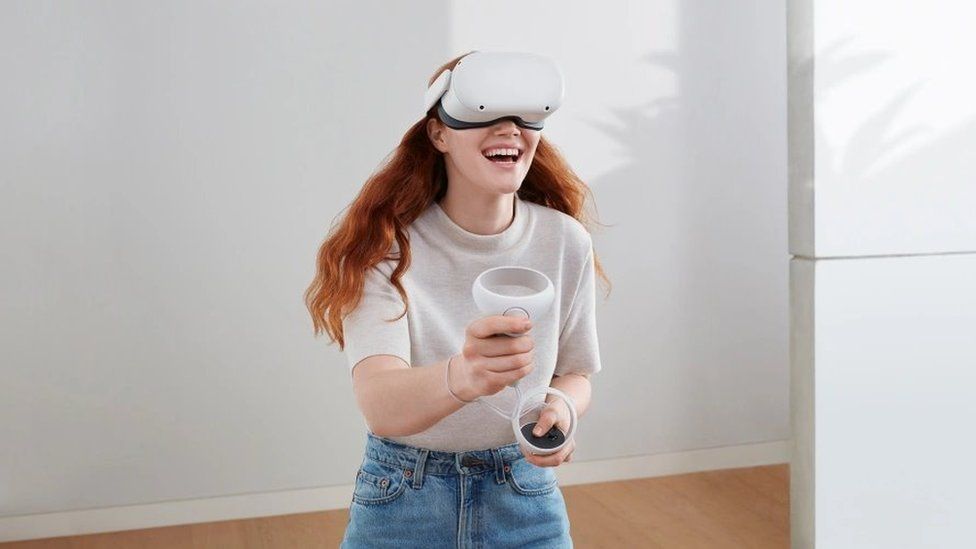 Despite its history of buying up rivals, Facebook claims the metaverse "won't be built overnight by a single company" and has promised to collaborate.

It has recently invested $50m (£36.3m) in funding non-profit groups to help "build the metaverse responsibly".

But it thinks the true metaverse idea will take another 10 to 15 years.

Mr Sweeney, the head of Epic Games (which makes Fortnite), has long spoken about his metaverse aspirations.

Online multiplayer games have had shared interactive worlds going back decades. They are not the metaverse, but have some ideas in common.

In recent years Fortnite expanded its product, hosting concerts, brand events, and more inside its own digital world. That impressed many with what was possible - and thrust Mr Sweeney's vision of the metaverse into the spotlight.

Other games are getting closer to a metaverse idea, too. Roblox, for example, is a platform for thousands of individual games connected to the larger ecosystem.

Meanwhile, Unity, a 3D development platform, is investing in "digital twins" - digital copies of the real world - and the graphics company Nvidia is building its "Omniverse", which it describes as a platform for connecting 3D virtual worlds.

So is it all about games?

No. Even though there are so many ideas about what the metaverse might be, most visions see social human interaction as the core.

Facebook, for example, has been experimenting with a VR meetings app called Workplace, and a social space called Horizons, both of which use their virtual avatar systems. 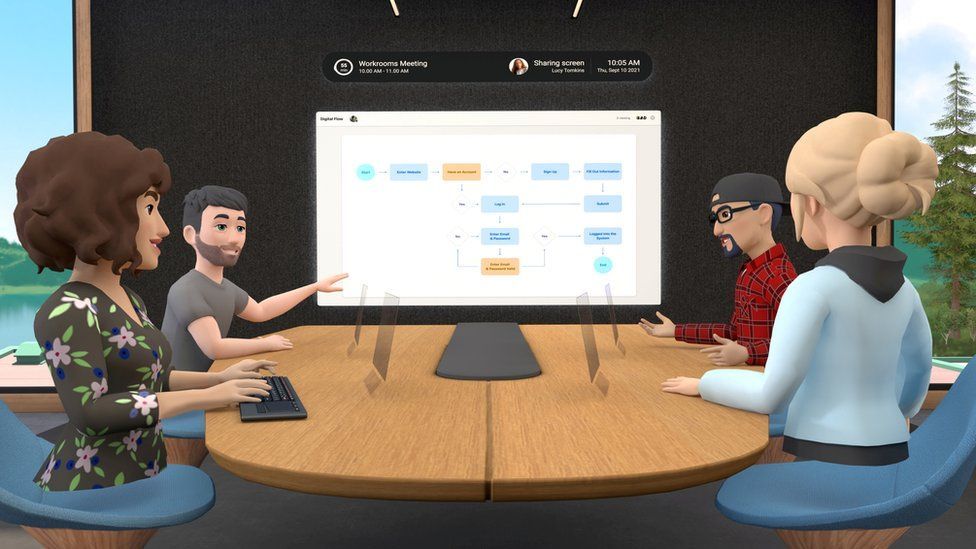 Another VR app, VRChat, is entirely focused around hanging out online and chatting - with no goal or purpose other than exploring environments and meeting people.

Other applications may be waiting out there, ready to be discovered.

Mr Sweeney recently told the Washington Post that he envisions a world where a car manufacturer trying to advertise a new model is "going to drop their car into the world in real time and you'll be able to drive it around".

Perhaps when you go online shopping, you'll try on digital clothes first, and then order them to arrive in the real world.

Does the technology exist yet?

VR has come a long way in recent years, with high-end headsets which can trick the human eye into seeing in 3D as the player moves around a virtual world. It has become more mainstream, too - the Oculus Quest 2 VR gaming headset was a popular Christmas gift in 2020.

The explosion of interest in NFTs, which may provide a way to reliably track ownership of digital goods, could point to how a virtual economy would work.

And more advanced digital worlds will need better, more consistent, and more mobile connectivity - something that might be solved with the rollout of 5G.

For now, though, everything is in the early stages. The evolution of the metaverse - if it happens at all - will be fought among tech giants for the next decade, or maybe even longer.