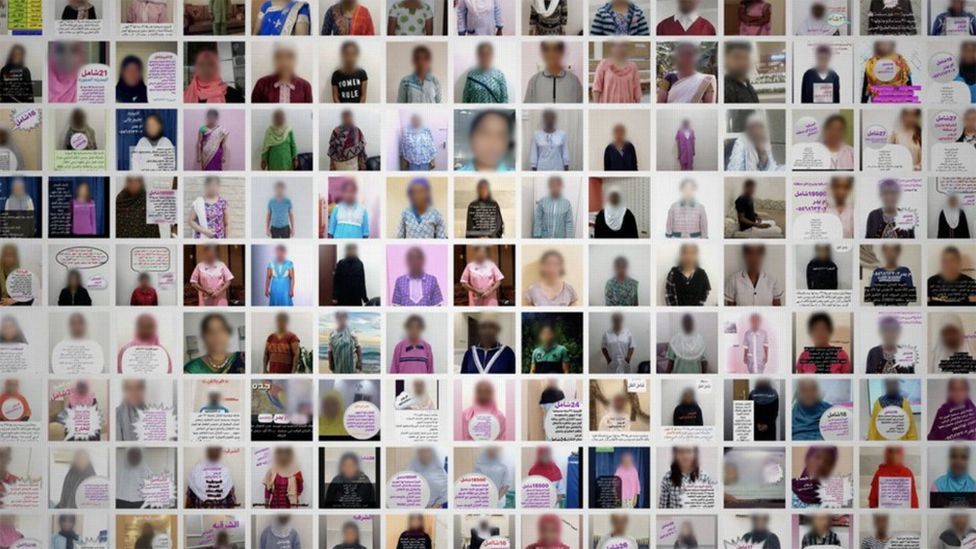 Apple threatened to remove Facebook's products from its App Store, after the BBC found domestic "slaves" for sale on apps, including Instagram, in 2019.

The threat was revealed in the Wall Street Journal's (WSJ) Facebook Files, a series of reports based on its viewing of internal Facebook documents.

It says it has been "combating human trafficking on our platform for many years".

The firm added: "Our goal remains to prevent anyone who seeks to exploit others from having a home on our platform."

The BBC News Arabic investigation exposed a booming online black market in the illegal buying and selling of domestic workers.

It shed light on a world in which women endured a life of servitude and were kept behind closed doors, deprived of their basic rights, unable to leave and at risk of being sold to the highest bidder. Experts said these conditions amounted to slavery.

The trade was carried out using a number of apps including Facebook-owned Instagram.

The posts and hashtags used for sales were mainly in Arabic, and shared by users in Saudi Arabia and Kuwait.

The women were often categorised by race, and available to buy for a few thousand dollars.

The WSJ reported that following the BBC investigation, Apple told Facebook to do more to tackle human trafficking.

It said the social media giant only took "limited action" until "Apple Inc. threatened to remove Facebook's products from the App Store, unless it cracked down on the practice".

The BBC has approached Apple about the claim.

The paper also quoted a 2019 internal report from Facebook, suggesting that the social media giant knew about, and had been investigating, the online slave trade before the BBC got in contact.

In the report, a Facebook researcher writes: "Was this issue known to Facebook before BBC inquiry and Apple escalation?

"Yes. Throughout 2018 and [the first half of] 2019 we conducted the global Understanding Exercise in order to fully understand how domestic servitude manifests on our platform across its entire life cycle: recruitment, facilitation, and exploitation."

After the 2019 BBC report, Facebook banned the main hashtag used for the trade and removed hundreds of accounts from Instagram.

"We will continue to work with law enforcement, expert organisations and industry to prevent this behaviour on our platforms," it said in response to the investigation.

However, at the time the story was published the BBC found women were still advertised for sale on the platform.

The BBC also alerted Google and Apple, as apps in which women were listed for sale were available via their smartphone app stores.

The illegal sales are a clear breach of the US tech firms' rules for app developers and users - both firms said they worked with the developers to prevent illegal activity.

Google said it was "deeply troubled" by the findings, Apple said it expected developers to take "immediate corrective actions". 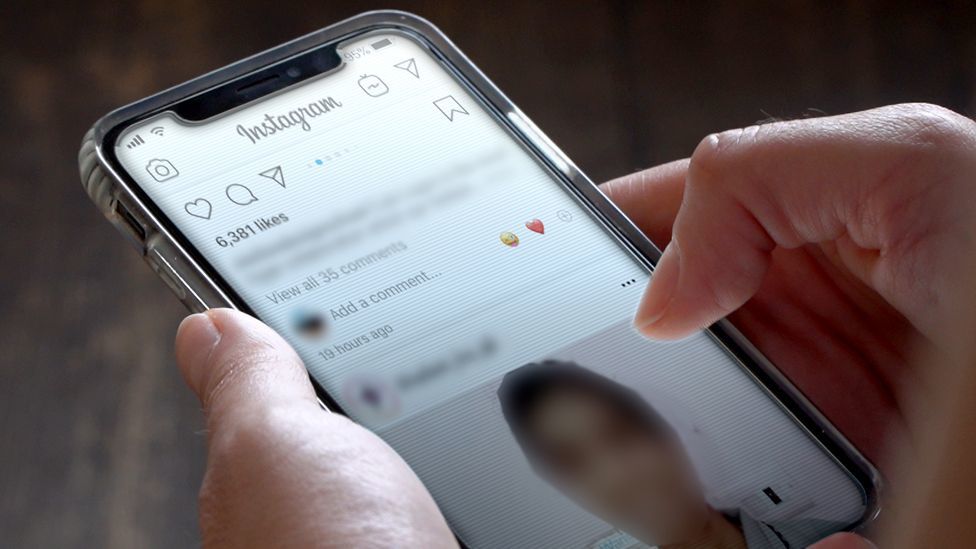 Following the concerns raised by the BBC and Apple in 2019, Facebook "began moving faster", the WSJ said.

It added that "a proactive sweep" looking for human trafficking "found more than 300,000 instances of potential violations and disabled more than 1,000 accounts".

The BBC report also prompted questions from the United Nations.

In its June 2020 response to these, Facebook wrote: "Following an investigation prompted by an inquiry from the BBC, we conducted a proactive review of our platform. We removed 700 Instagram accounts within 24 hours, and simultaneously blocked several violating hashtags."

The following month the company said it removed more than 130,000 pieces of Arabic-language speech content related to domestic servitude in Arabic on both Instagram and Facebook.

It added that it had also developed technology that can proactively find and take action on content related to domestic servitude - enabling it to "remove over 4,000 pieces of violating organic content in Arabic and English from January 2020 to date".