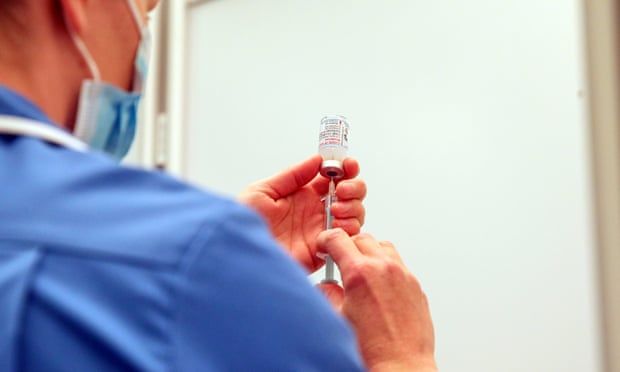 Many rich countries are considering offering people an additional coronavirus vaccine dose. But are these booster shots necessary?

What does the evidence say about booster shots?

The short answer is: it is unclear. Preliminary data shows that people do experience a fall in protective antibody levels weeks and months after getting their jabs, particularly against the highly infectious Delta variant. However, it is unclear what level of antibodies or other tools in the immune system’s armament confer protective immunity.

What is crucial to understand is the level of antibodies or other immune system soldiers, such as T-cells, required to protect from Covid-19, particularly serious illness and death. Once this is measurable, and then protection is seen dropping towards that level, only then would there be a clear case for administering booster vaccines.

World Health Organization (WHO) experts have said there is not enough scientific evidence to support the use of additional shots. But in people with certain underlying conditions that have weakened immune systems, the response to initial shots is far from optimum, so in those cases the argument for booster jabs can be made, especially against the Delta variant, some scientists have argued.

“You get Delta breakthrough cases, especially in over-60s, and [a booster dose] mitigates this. The same will apply to other vulnerable or immune-suppressed groups,” said Danny Altmann, a professor of immunology at Imperial College London. “The ideal would be to have targeted boosting rooted in data and immune monitoring.”

The current evidence on vaccine effectiveness against Delta supported the case for booster jabs for vulnerable individuals, said Dr Simon Clarke, an associate professor in cellular microbiology at the University of Reading.

Should different vaccines be given as booster jabs?

The jury is still out. Generally, it is thought that the different technologies underpinning the jabs allows the immune system to be presented with the same target but in a slightly different way, likely provoking a more diverse immune response.

At the moment, people are offered two doses of the same jab in the UK, but researchers have been exploring whether offering a second dose of a different Covid vaccine – or indeed a third injection different to the initial two – could boost immunity levels. In late June, preliminary data from a study appeared to suggest a third jab could be beneficial, in particular following Oxford/AstraZeneca shots with a Pfizer/BioNTech booster.
Advertisement

“Based on what we’re seeing here, switching over to an RNA vaccine could have some benefits in terms of antibodies,” said Matthew Snape, the chief investigator of the trial and associate professor in paediatrics and vaccinology at Oxford.

But there are concerns about side-effects from mixing and matching jabs. One study presented to the Joint Committee on Vaccination and Immunisation (JCVI) indicated that if people were given a combination of vaccines for their first and second jabs, the side-effects could be worse, with potential implications for the idea of a using a different jab for a booster.

What is the UK’s approach to boosters?

Last week, the health secretary, Sajid Javid, suggested over-50s were likely to be offered a booster at the same time as a flu jab, with the programme expected to begin in early September.

But the JCVI, which advises the government on vaccine policy, has not yet given its final advice on the booster programme. Prof Adam Finn, a JCVI member, said on Thursday the committee was expected to decide which vulnerable groups should be recommended for a third shot.

“We need to focus on individuals who are more likely, if you like, to get sick again if they’ve not got a booster,” he said, but signalled against a routine rollout of third jabs. “We do need more evidence before we can make a firm decision on a much broader booster programme.”

A plan to start offering Covid booster vaccinations in the UK from early September is extremely unlikely to happen, it is understood, given the concerns of JCVI about the clinical benefits and potential wider risks to vaccine confidence, JCVI sources have relayed to the Guardian.

What are other countries doing?

The US president, Joe Biden, said on Wednesday his administration planned to make Covid-19 vaccine booster shots available to all Americans starting on 20 September, as Delta infections surge. Israel has begun giving boosters to over-60s, with the president, Isaac Herzog, already receiving his.

The European Medicines Agency said last month there was not enough evidence to recommend boosters, but some countries have gone ahead anyway. France and Germany are looking at third doses for certain groups from September.

What’s the argument against booster jabs?

Apart from unclear evidence that they are necessary for most fully vaccinated people, a moral argument against administering booster shots has been made. Providing them while so many people in many parts of the world are still waiting to get their first jab is immoral, WHO experts have said.

“We’re planning to hand out extra lifejackets to people who already have lifejackets, while we’re leaving other people to drown without a single lifejacket,” said Dr Michael Ryan, the director of the WHO’s health emergency programme.

Large-scale boosting in wealthy countries sends a signal around the world that boosters are needed everywhere, according to Andrew Pollard, the director of the Oxford Vaccine Group, and Seth Berkley, the chief executive of Gavi, the Vaccine Alliance, writing in a recent opinion piece published by the Guardian.

“This will suck many vaccine doses out of the system, and many more people will die because they never even had a chance to get a single dose,” they said. “Since we have the two-dose luxury of having time on our side, we should not rush into boosting millions of people while time is running out for those who have nothing. First doses first. It’s that simple.”