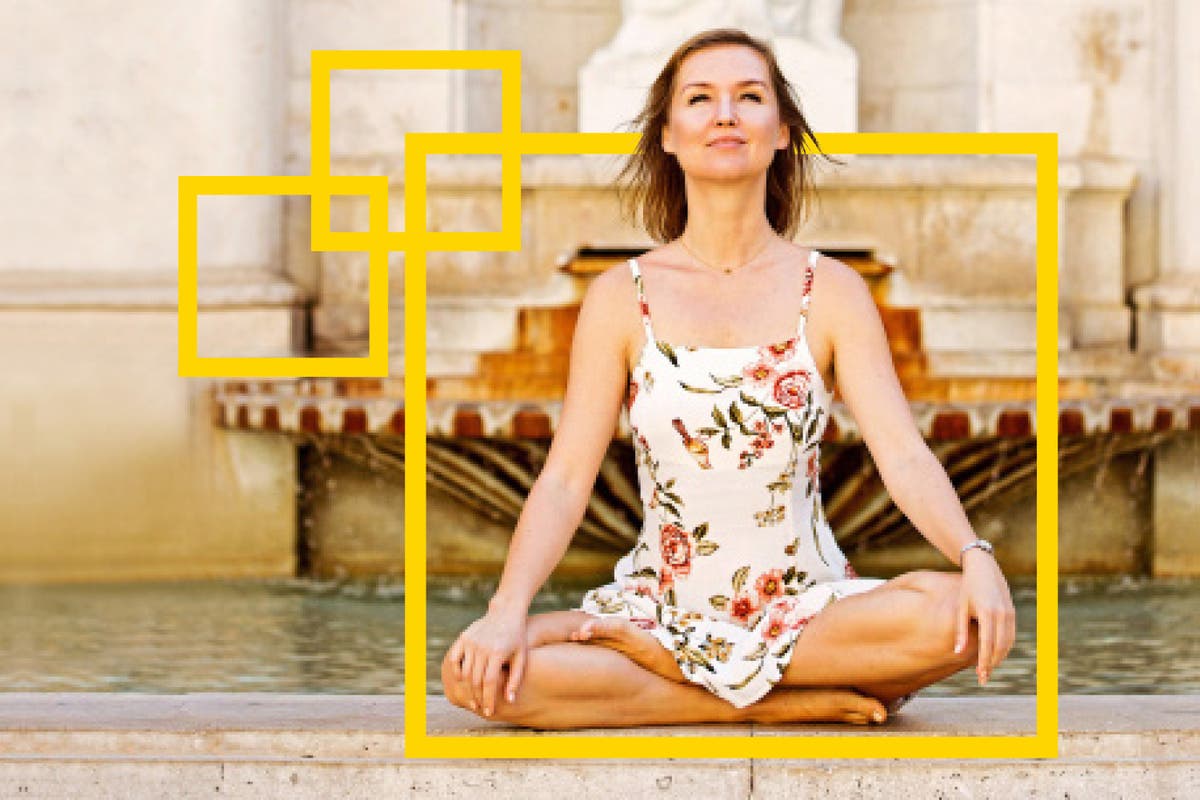 Are you ready for pussy yoga?

How zen is your pelvic floor? Yogi Coco Berlin tells Rosie Fitzmaurice the secret of health happiness and better orgasms

I’m sitting with my eyes closed, taking deep, slow breaths and attempting to push my sit bones deeper into my chair without using the muscles I usually would. This is pussy yoga.

In her new book, Pussy Yoga, German author Coco Berlin is on a mission to teach women to train and strengthen their pelvic floor. Through simple daily exercises, combined with breathing and visualisation techniques, she promises self-confidence, improved posture, better alignment and more intense orgasms (hurrah!).

It might sound gimmicky, but tackling the taboo of the pelvic floor is long overdue. Pelvic floor disorders are thought to affect around one in three women, yet are often dealt with in silence and shame. Symptoms vary in intensity but can be debilitating — think pelvic pain, sexual dysfunction, incontinence and vaginal prolapse. Pelvic floor problems can be brought on by pregnancy, childbirth and hormonal changes during the menopause, but can affect women of all ages, and men.

“I can’t jump on trampolines anymore, I wet myself,” Kate Winslet told Graham Norton on his TV show in 2015. Katy Perry reportedly previously revealed she was forced to wear incontinence pads at high school for bladder leakage and Gwyneth Paltrow has long been a proponent for daily kegel exercises using the Elvie pelvic floor trainer.

Despite being neglected for decades, pelvic floor health is now getting some of the attention it deserves. Last month the NHS announced it is opening specialised pelvic floor clinics across the country under a pilot scheme to support thousands of pregnant women and new mums — one in three of whom experience incontinence in the first year after giving birth and up to three quarters of whom will continue to experience this in the 12 years after giving birth.

The National Institute for Health and Care Excellence (Nice) has issued new guidance that states girls as young as 12 should be taught exercises to prevent pelvic floor dysfunction and the need for surgery later in life. And it seems the pelvic floor has already caught the attention of Gen Z. GripTok is a viral challenge that took hold among TikTokers which encourages users to practise daily kegels to the beat of a tune. On my last count there were over 57 billion views of the hashtag. 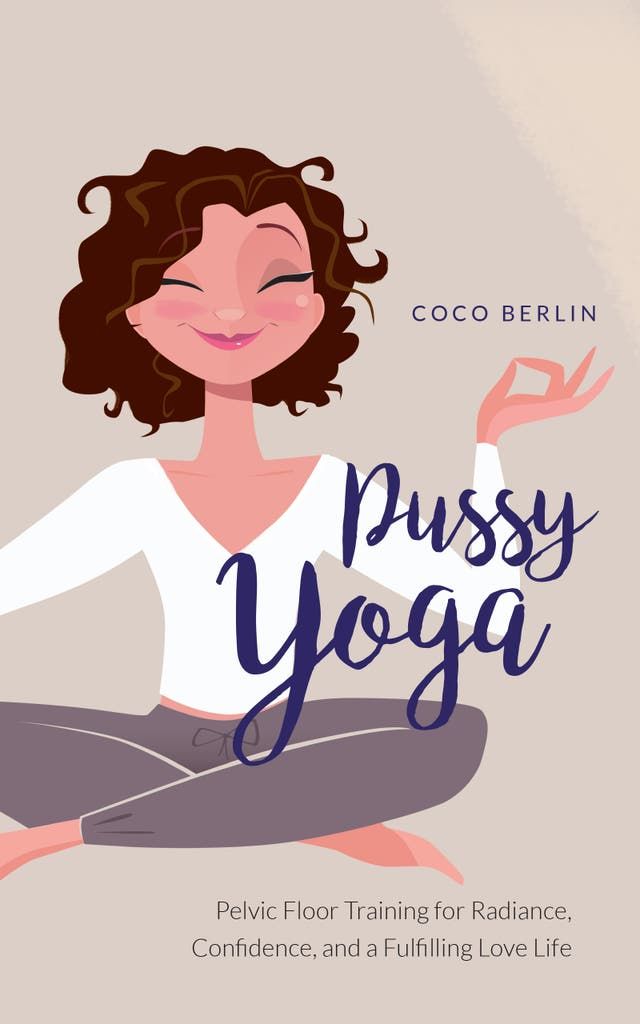 Pussy Yoga, a bestseller in Germany, has recently been translated into English. When I meet a youthful and glowing Berlin (@cocoberlin_) online, the 41-year-old belly dancer gives me a brief anatomy lesson using a model of the vagina and pelvis. There are three layers to the pelvic floor, a network of muscle and tissue that stretches throughout your pelvis between your pubic bones, tailbone and sit bones, she points out.

Berlin is evangelical about the power of training your pelvic floor. “When I started practising pelvic floor exercises myself, everything changed for me,” she says. “I had better posture... more charisma — it was really fascinating. I felt so much more connected to everything. And, of course I get better orgasms.” Her clients are happy too, she says. “The most common testimonial I get is that they can set better boundaries, they know their self-worth and are no longer just trying to please other people.”

Is the title of the book intentionally provocative? Berlin admits some people find the word “pussy” (which is used in the same way in German) alarming. “It’s oversexualised and often used in a derogatory way so no wonder everybody is scared of it.” In fact, she hesitated at first “because the ‘pussy’ is really just a tiny part of my work, the pelvic floor is much bigger.” But realising it was catchy, it stuck.

Her “pelvic floor integration” method is unique because it doesn’t focus on “old fashioned kegels”. “When you only exercise the muscles around the vagina you are only engaging a very small part of the pelvic floor and if you over exercise, these they can get too tight,” she says. Stress and sitting for hours a day mean many women are tight there anyway “because when we’re stressed, we don’t breathe properly”.

Dr Amy Hoover, in-house physiotherapist at P.volve, which offers a library of pelvic floor-strengthening targeted workouts, agrees. “Kegels are not always the answer or at least not the only answer,” she says. “Pelvic pain, pelvic floor dysfunction or pelvic floor spasm can be caused by tensing of the abdominals and pelvic floor, which can happen postpartum or as a stress response.”

Pussy yoga is a holistic and dynamic way of training the pelvic floor which incorporates breathing and somatic movement. For beginners, the trick is not to exercise any of the muscles that you’re used to using. “You shouldn’t feel like your pussy is tensing in any way. To be able to activate your pelvic floor, your pussy must be able to relax,” Berlin instructs during our virtual meditation. “Let your sit bones sink down deeper into the ground then try to push with your left sit bone even more into the ground without any muscle tension.” It’s incredibly subtle and really difficult to know if I’m doing anything at all, but it’s also grounding and calming and Berlin assures me that you build up to the more challenging exercises.

Women of all ages should start pelvic floor training as soon as possible, she says. Spending just five minutes each morning and before bed, plus dedicating a longer 30-minute practice once or twice a week, is enough to transform your pelvic floor with regular practice, she insists. And it’s easy to implement into everyday life. Do it on the commute, in a meeting, on a walk. “It’s not vulgar at all and doesn’t need to be sexualised, when I’m exercising my pelvic floor I’m just relaxing and tuning into myself.”

Slow your breathing and feel how your pelvis expands as you inhale and relaxes as you exhale. Imagine that it sinks into the floor as you breathe out. Try it before and during difficult situations.

Sit astride a chair with a cushion underneath you. Ride the chair, letting your spine move as well. Place both feet under your knees or further back if needed. Now try moving the chair forward with the help of your pelvic floor. Breathe and relax your butt. As you thrust forward, actively push your sit bones towards the front and together, and then deliberately let them go.

Cheap and cheerful. The NHS pelvic floor app (squeezyapp.com) costs £2.99 to download and is used by an estimated 30,000 women. It provides guided pelvic floor exercises and reminders throughout the day to squeeze.

If Kegels really are your thing, the Elvie pelvic floor trainer is A-list approved — though comes with a premium price tag (£169, elvie.com). The wearable and app offers users real-time biofeedback while you’re using it.

The New York workout sculpts and hones the lithe limbs of supermodels — and this side of the pond you can join classes virtually. Pelvic floor-targeted workouts incorporate the p.ball and ankle bands (£114.50 for a starter pack, cultbeauty.co.uk) to target muscles that facilitate and strengthen the pelvic floor. 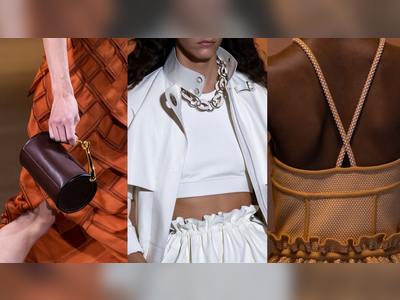 A Closer Look at the Hermès SS22 WRTW Show

It’s all in the details. Here are some of our favourite accessories, bags, and shoes from the maison's Spring/Summer 2022 collection.