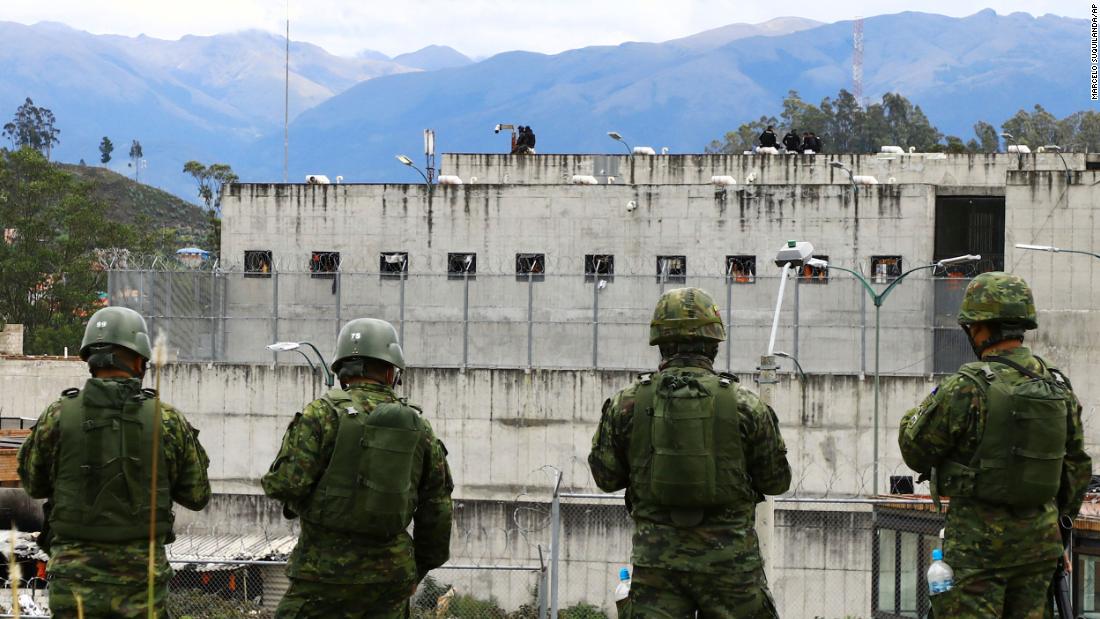 Ecuadorian authorities said Monday they are in "total control" of a prison in the south of the country after a riot broke out the day before, killing at least 20 inmates.

Violence at the Turi prison, near the city of Cuenca, started early Sunday due to a leadership dispute among incarcerated members of a gang known as The Wolves, Gen. Carlos Cabrera, the commander of Ecuador's national police force, told reporters at a press conference.

Cabrera said 19 of the victims were killed due to "acts of violence" and one was killed after ingesting a chemical substance. At least 11 others were injured, CNN Espanol reported. 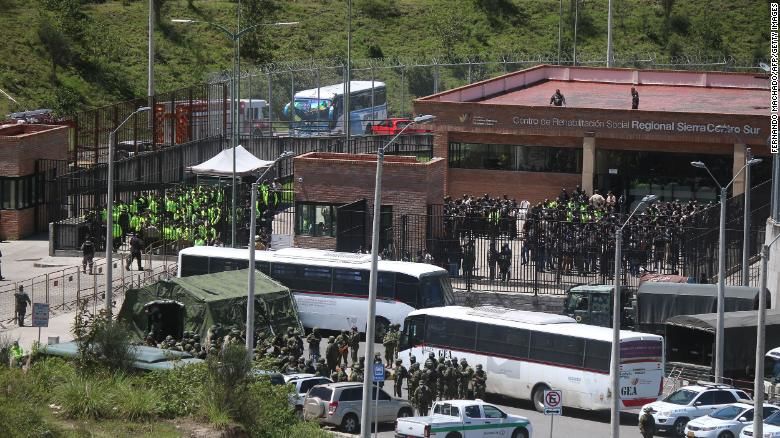 Police and military are seen outside Turi prison on Monday.

Authorities are working to identify the bodies of the victims to inform their relatives, he added.

Five other inmates were injured during the riot, authorities added.

Ecuador's prison system has been under a state of emergency since deadly clashes in September 2021, when 118 people were killed during clashes that involved automatic weapons and even grenades.

More than 300 inmates were killed in prison violence in 2021, according to figures from Ecuador's prison service SNAI.

Ecuador is a key transit point on the route that brings cocaine from South America to the US and Asia, which makes it fertile ground for gang clashes. In this escalating struggle for territorial control, prisons have become contested battlegrounds.

Prisons are also chronically overcrowded. In July 2021, then-prison chief Eduardo Moncayo told local media that the Litoral Penitentiary in Guayaquil was the most overcrowded in the country, with more than 9,000 inmates in a facility planned for 5,000.

In October, authorities said thousands of inmates, including elderly people, women and those with disabilities and terminal illnesses, would be pardoned to free up space.