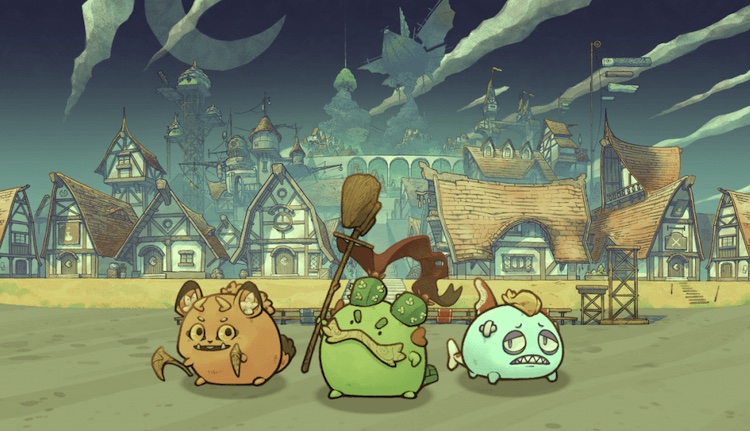 The online video game developed by Sky Mavis allows players to generate profits through buying, breeding and selling digital pets known as Axies. Each Axie is minted as an NFT, enabling players to verify the authenticity of the digital creature in the blockchain.

As of this writing, $1,070,615,958 worth of tokens from the Pokémon-inspired NFT game have traded hands through 2.49 million transactions. There are 327,744 buyers, 956,431 owners, and more than a million daily active users, according to NFT analytics site CryptoSlam.

CryptoSlam also shows that most of Axie Infinity’s sales happened in the last 30 days, with 239,283 buyers purchasing close to $750,000 worth of Axies.

The game is also seeing an exponential rise in user adoption.

On June 8th, Sky Mavis reported that the number of daily active users (DAU) on Axie Infinity hovered around 110,000. Now the developer says the game’s DAU has exploded to over 1.02 million, representing an increase of nearly 830% in just two months.


Axie Infinity is the first NFT game to surpass $1 billion in sales. The next best-selling game is NBA Top Shot—the basketball trading card game, which runs on the Flow blockchain, has racked up $676 million in all-time sales—and Ethereum-based CryptoPunks, with $661 million.

What is Axie Infinity?
Shed the blockchain from Axie Infinity, and the game plays like a simple monster-battler. Axies have various stats that determine their fate in battles with other players, just like Pokémon.

The inclusion of cryptocurrencies makes the game a lot more lucrative than Pokémon, incentivizing players to spend and, with any luck, earn.

However, unlike Pokémon monsters, players are free to sell their Axie Infinity tokens on secondary markets—and, given today’s high milestone of $1 billion, they clearly are. Developer Sky Mavis calls the model “play to earn.”

While Axie Infinity grows fast in terms of adoption, its native token AXS continues to be a bright spot in the NFT space. CoinMarketCap shows that AXS has rallied from a 30-day low of $14.19 to a high of $53.28, marking a surge of over 275% in just one month. It’s currently trading at $42.55.