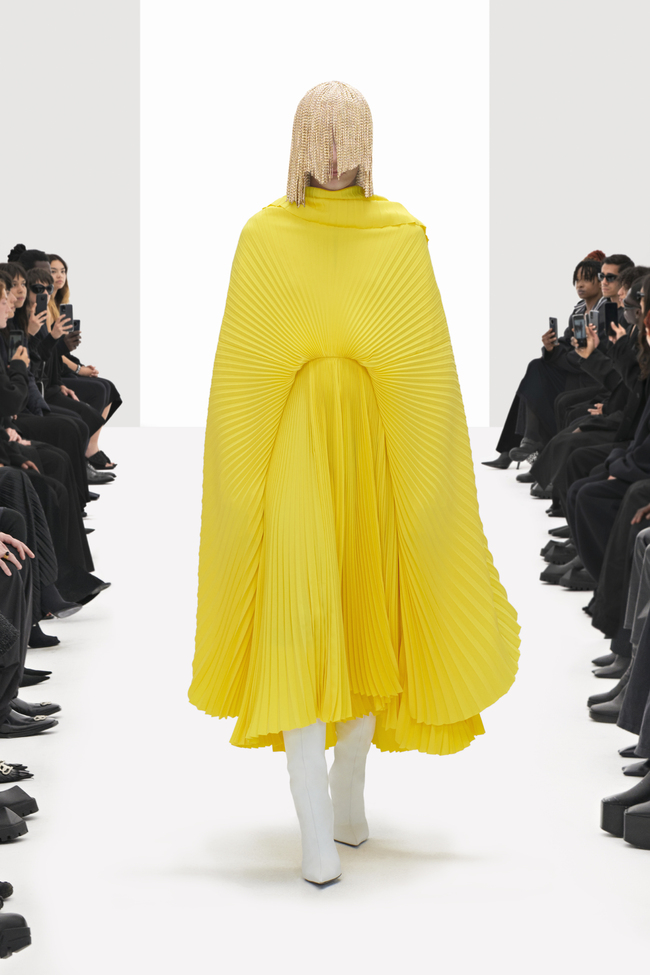 Balenciaga's Spring/Summer 2022 virtual fashion show, titled "Clones," takes us into the post-digital age with a commentary on the world's perception of technological reality. Starring one model, Eliza Douglas also brings to the stage the second episode of Kering's partnership between the Maison's Creative Director Demna Gvasalia and Gucci's Alessandro Michele, in addition to his second collaboration with the popular Y2K footwear brand Crocs.

“We see our world through a filter: refined, polished, shaped, photoshopped. We no longer decide between unpublished and altered, genuine and counterfeit, tangible and conceptual, fact and fiction, fake and deepfake. Technology creates alternative realities and identities, a world of digital clones," said Gvasalia.

In other words, Gucci brought Balenciaga to the stage with the Gucci Aria show and now the duo relaunches and balances the other way around, with a hacking project that ignites Instagram and beyond. Thus, in a video directed by Quentin Deronzier, a minimalist-almost clinical-catwalk is staged in an optical white backdrop, in which men and women sit all dressed alike. The production was staged with a sci-fi soundtrack and a voiceover that sings "La Vie En Rose" with a metallic and eerie tempo. Gucci's double-G monograms become double-B logo, with the words, "This is not a Gucci Bag." On the other hand, Eliza's face is repeated at a pounding rhythm in a thousand different versions thanks to the use of deepfake technology. 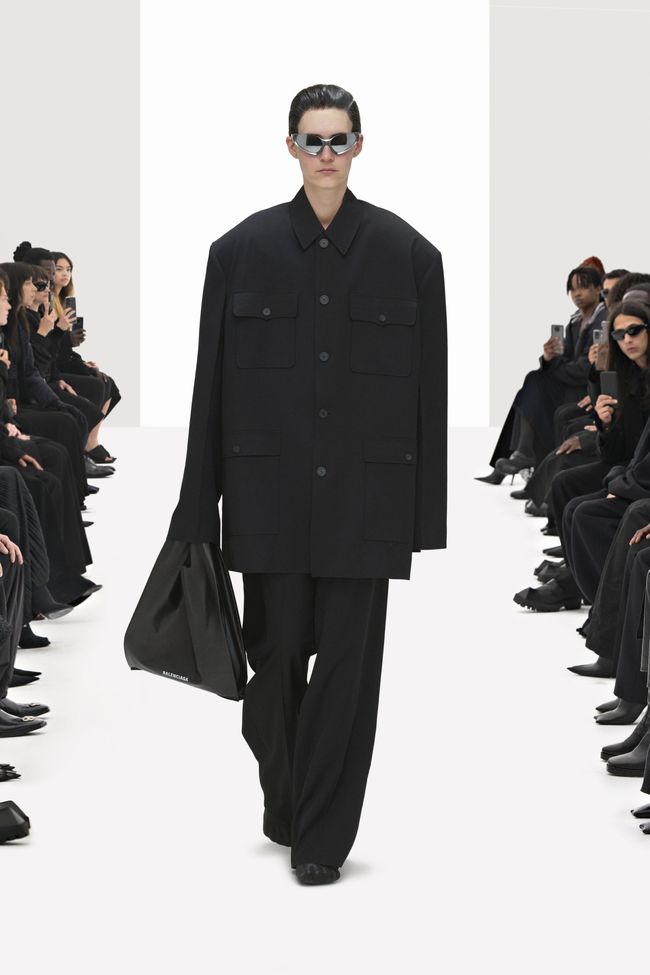 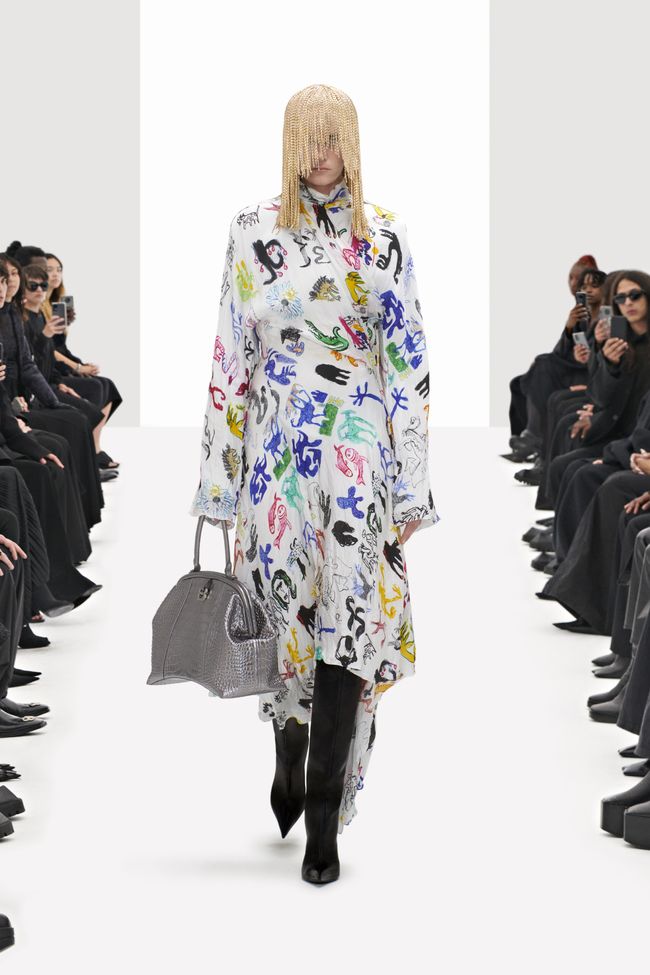 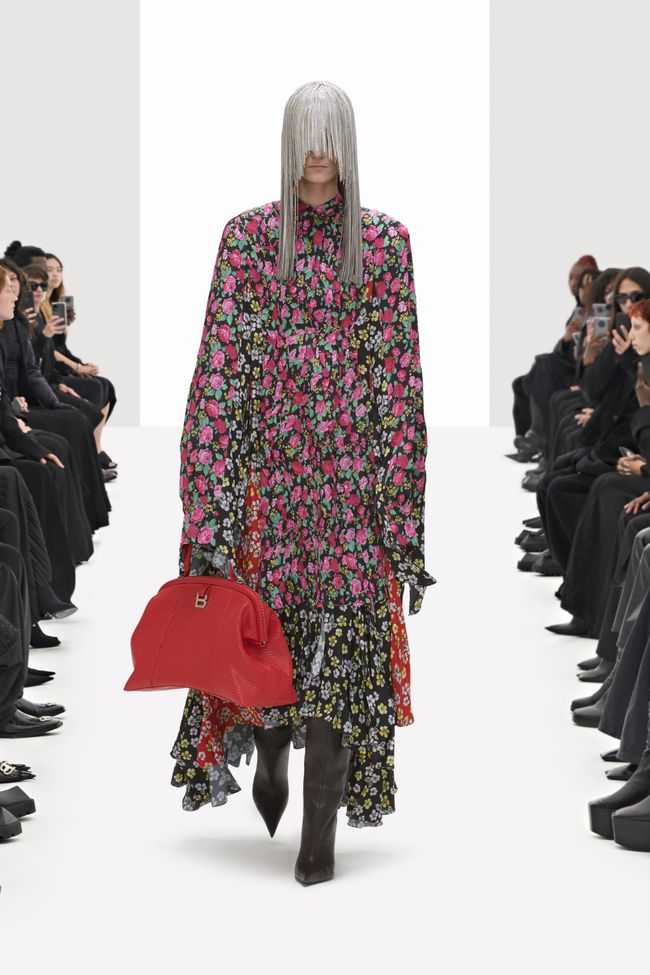 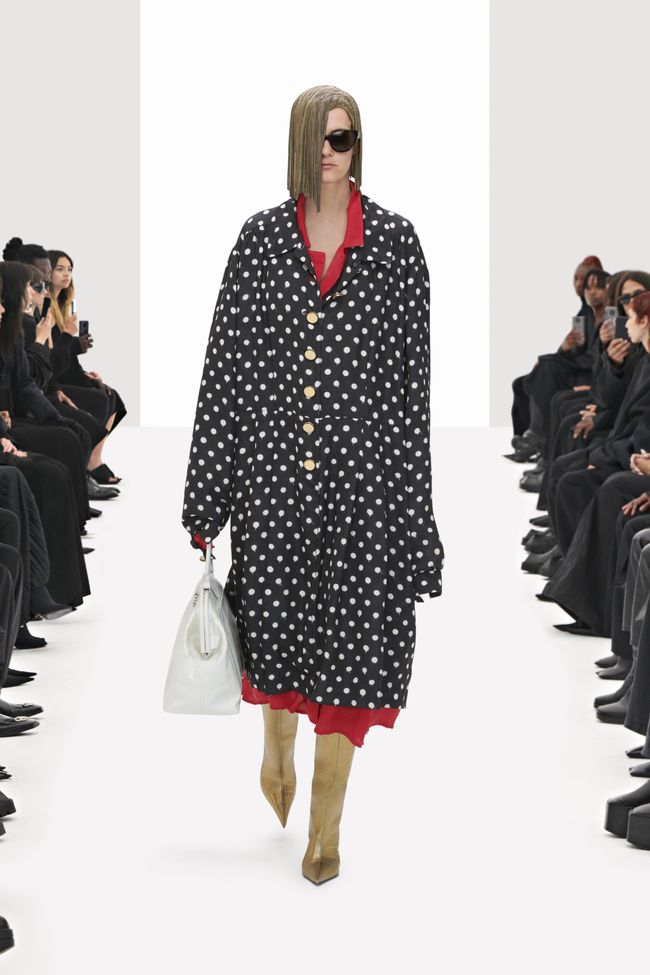 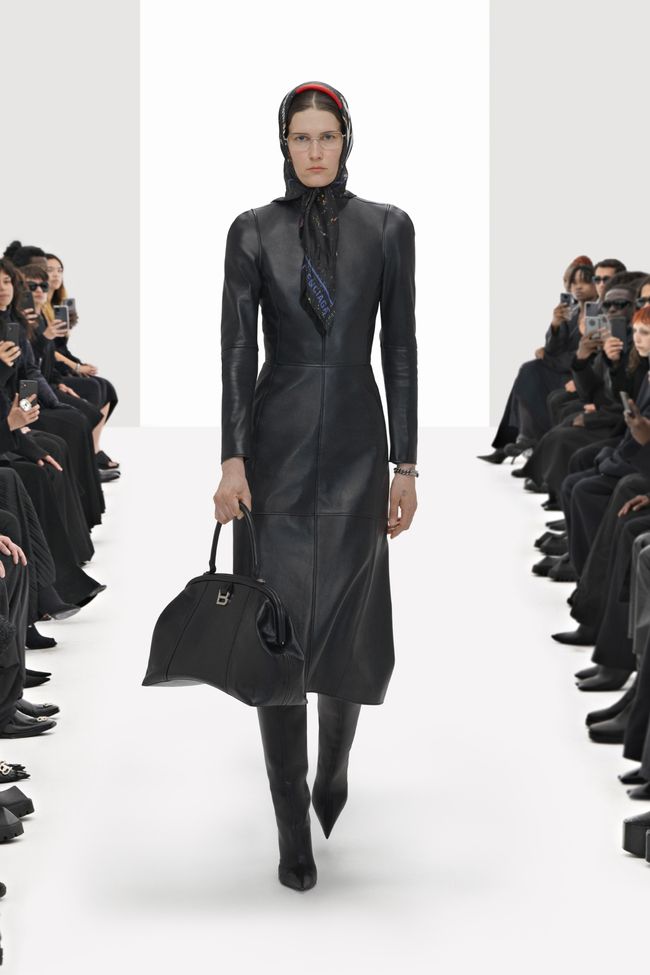 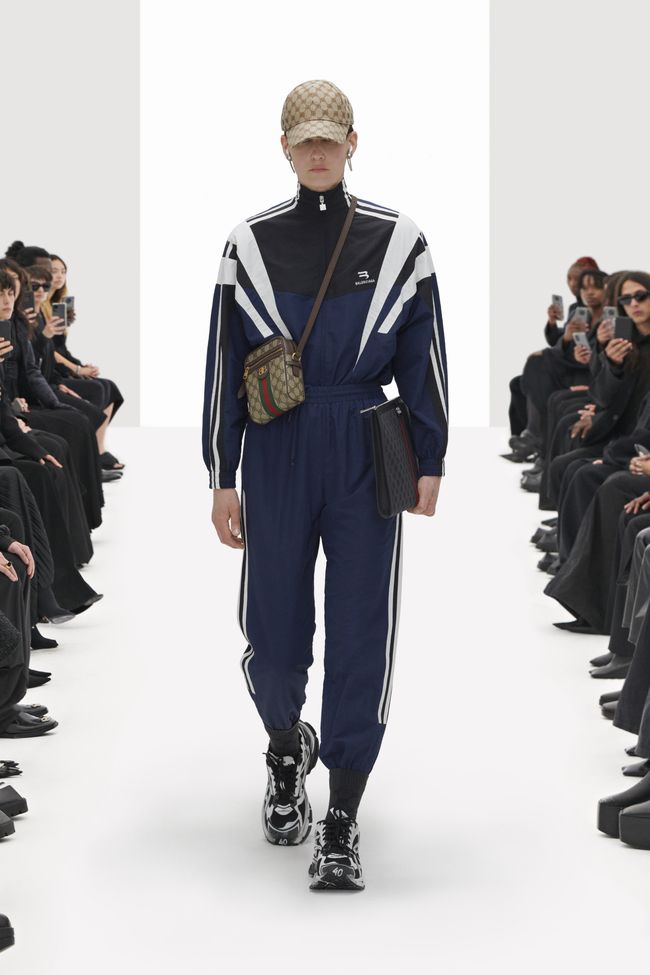 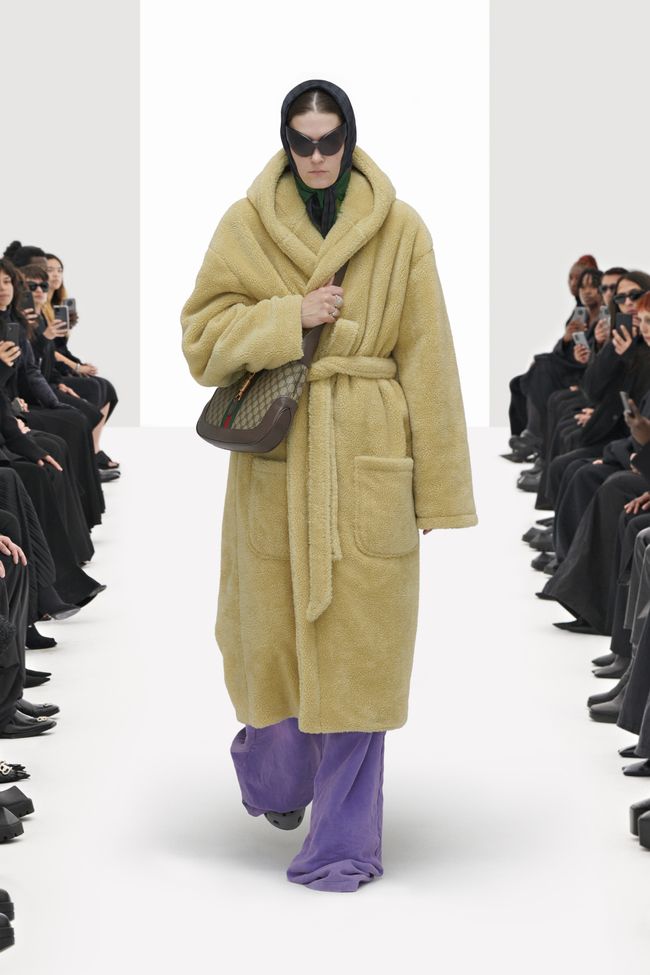 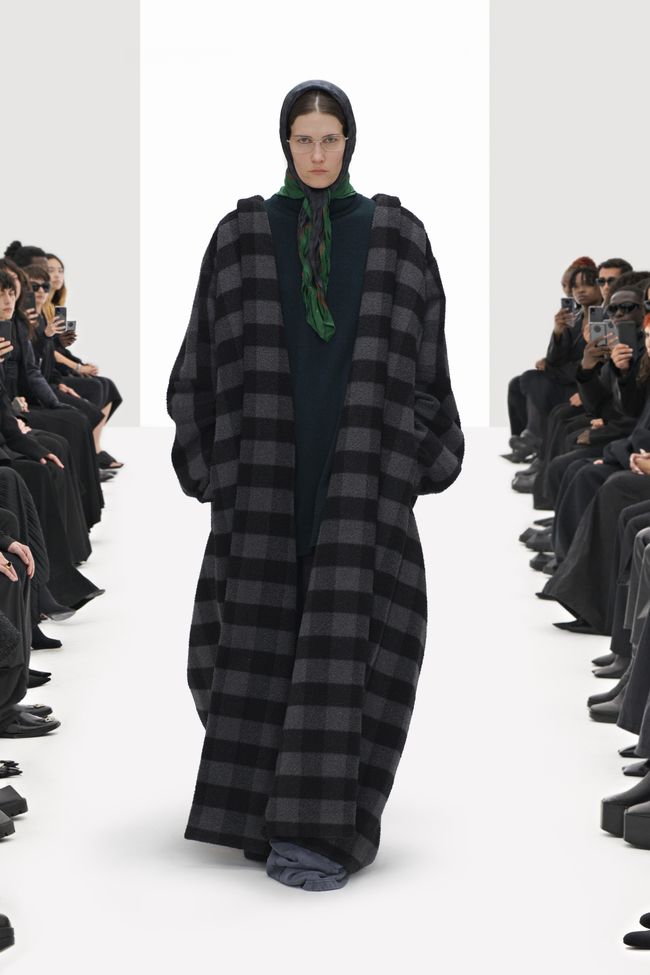 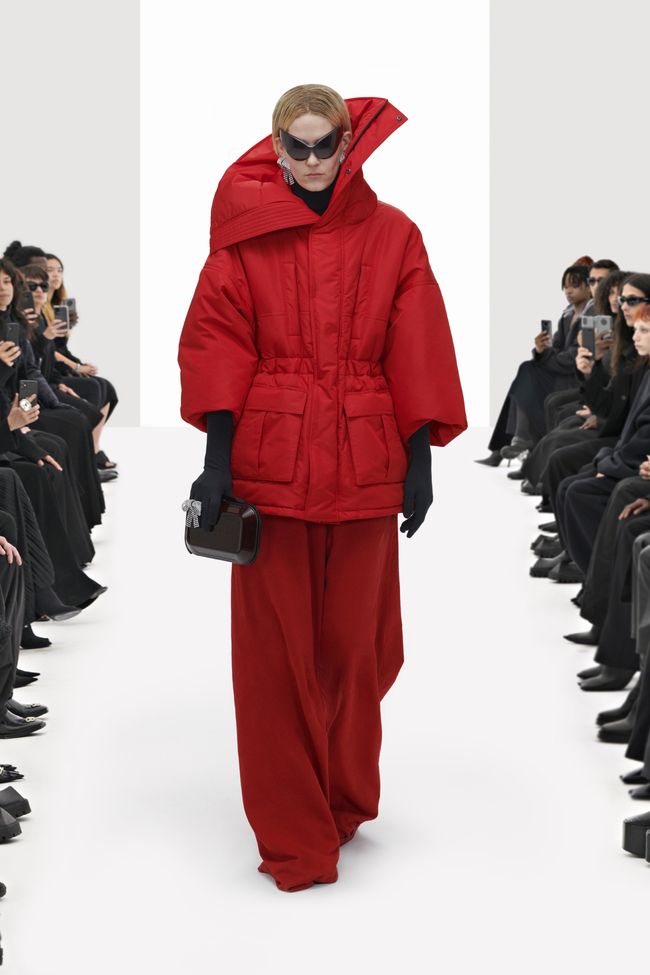 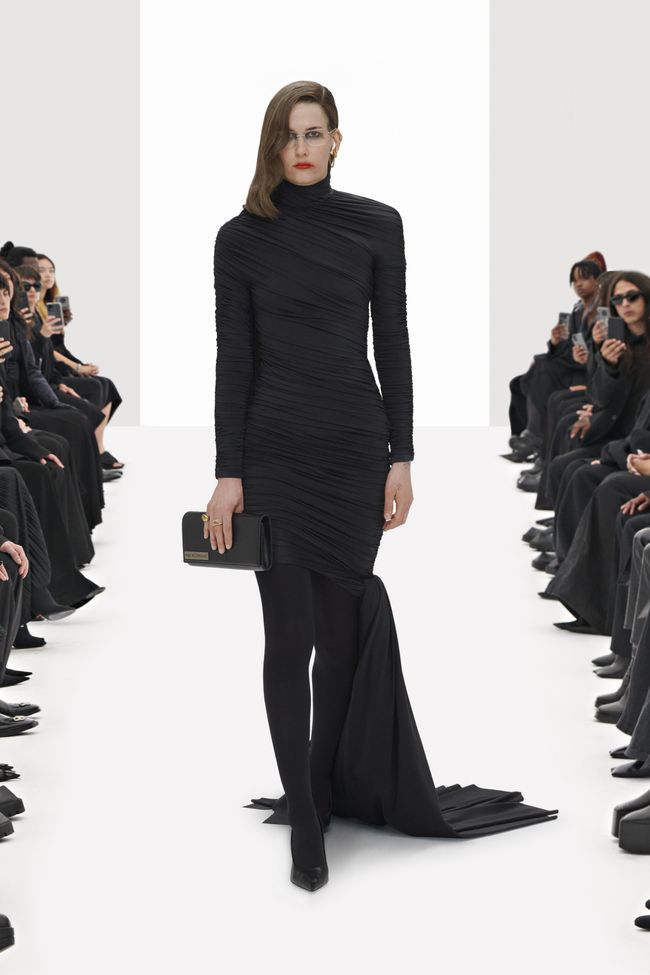 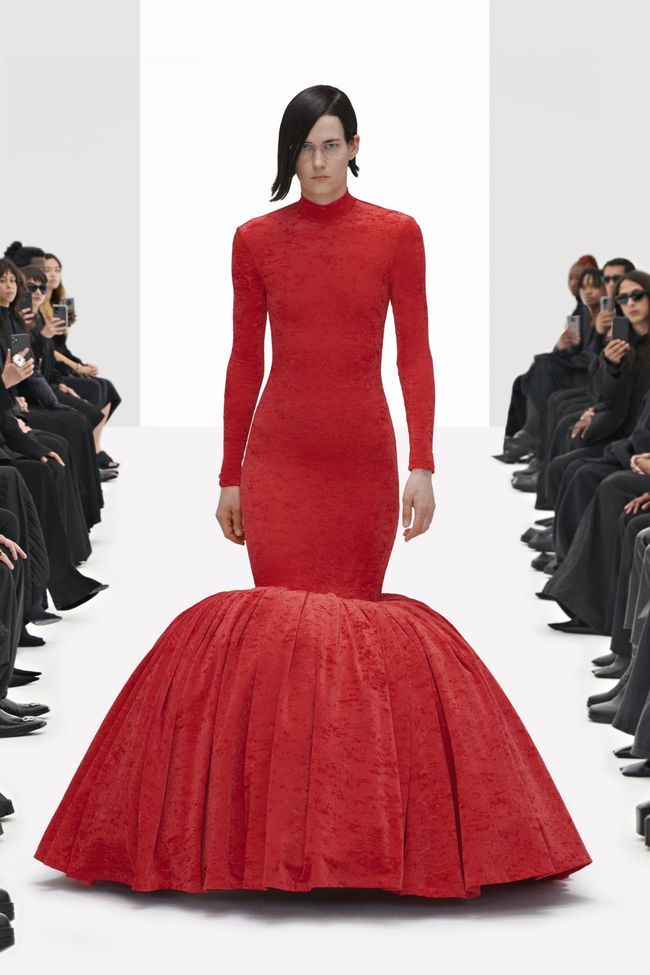 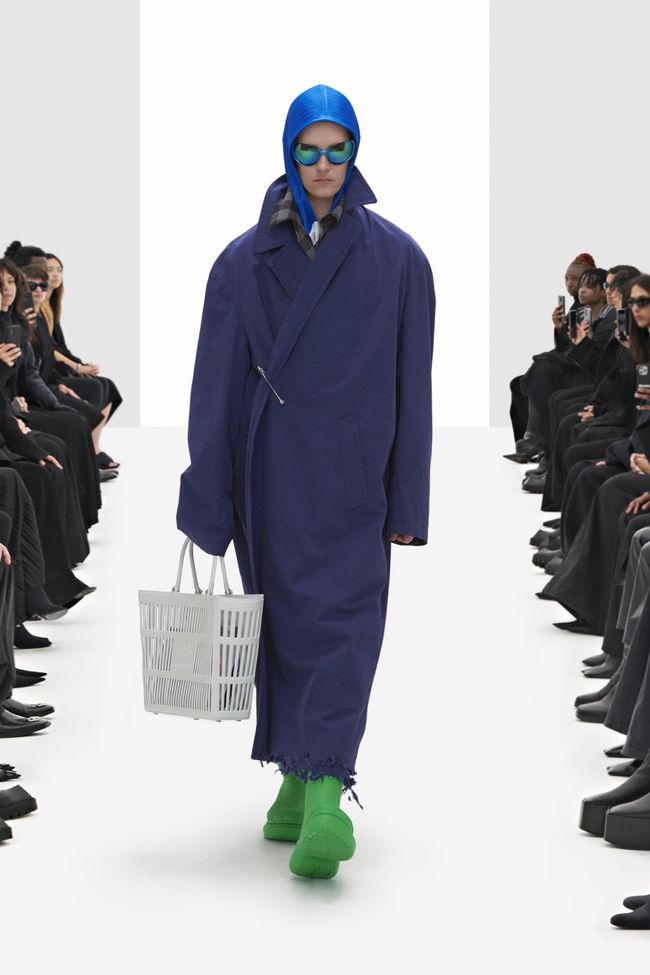 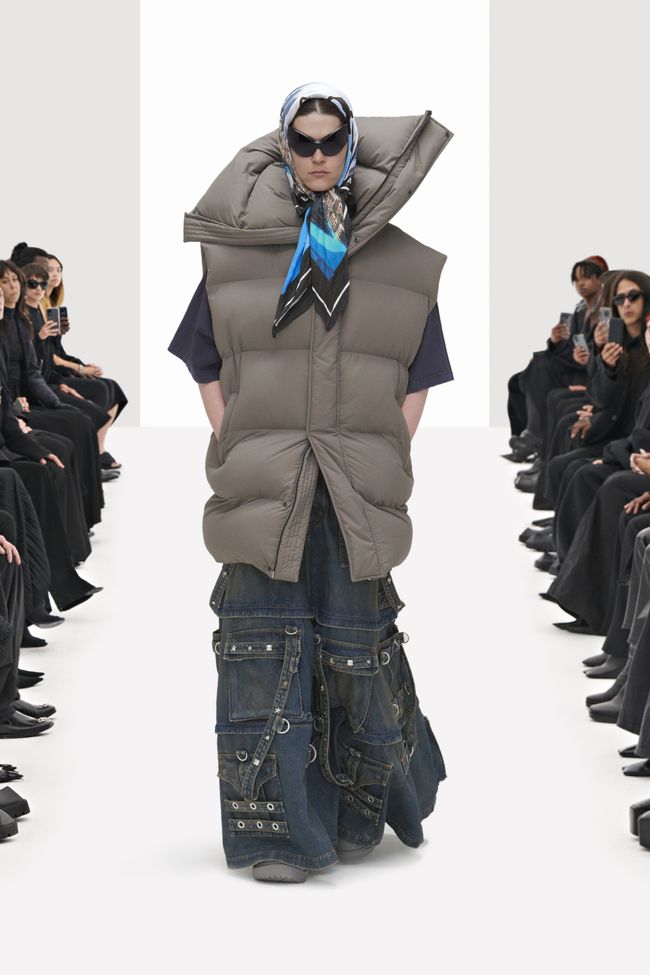