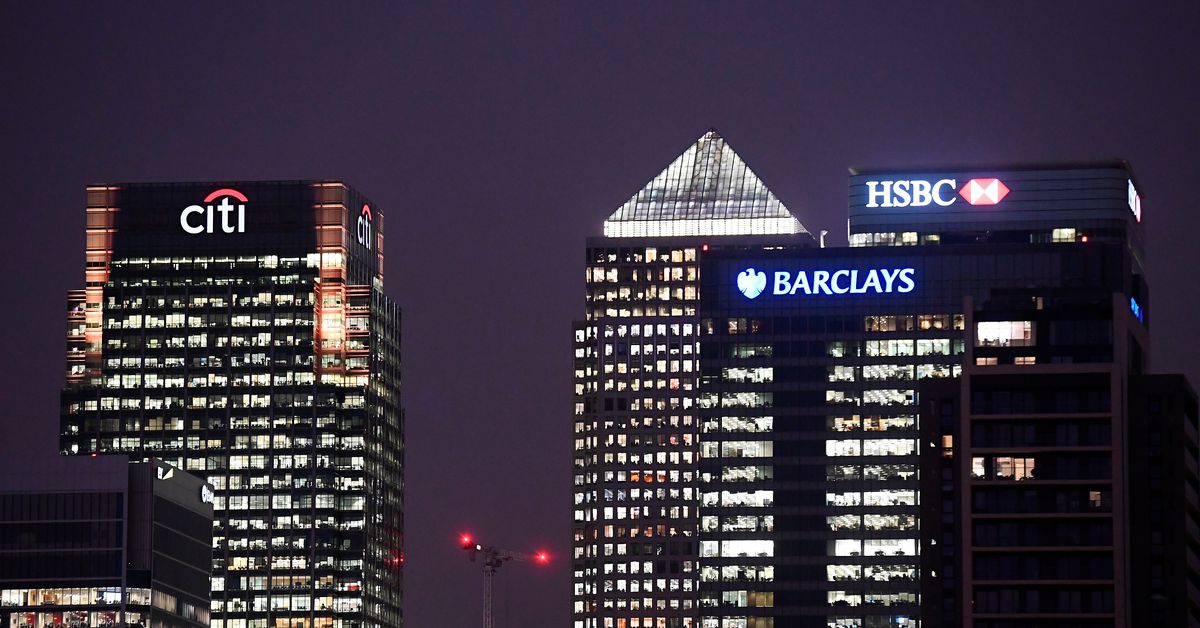 Banks in Britain have warned the government that a plan to ban all Russians from holding more than 50,000 pounds ($65,430) in their accounts is illegal and unworkable, five sources said.

When Russia invaded Ukraine the government said that "all Russians" would be banned from holding large deposits at UK banks, with Prime Minister Boris Johnson saying it was part of a strategy aimed at isolating Moscow.

There are currently more than 70,000 Russian-born nationals living in Britain, government estimates show, and London has long been one of the top destinations for Russian money in Europe, with many elite families settling in the capital.

The banking industry sources told Reuters they feared the British proposals on Russian deposits would break equality laws, which forbid discrimination on the basis of nationality, in the latest challenge to rolling out sanctions against Moscow.

"What they are proposing is illegal, there's no question about it," said one bank executive, who has held talks with the government on the plans. "This feels like a rushed announcement where the consequences haven't been thought through."

Britain is implementing what the government has called the biggest-ever raft of sanctions against Russia, including asset freezes and travel bans on hundreds of individuals and entities it has accused of propping up President Vladimir Putin.

But some of those measures, such as the blanket ban on wealthy Russian savers, are still at the drawing board, fuelling doubts over the effectiveness of the UK's attempts to pressure Moscow and loosen connections to Russia that have led some to nickname its capital "Londongrad".

The bank deposit plan is the only measure that targets all Russians in Britain, not just those being directly sanctioned.

The banking sources said they have asked for reassurances that they will not be sued if they enforce the curbs, seen as one of the most far-reaching sanctions tabled since Russia's Feb. 24 invasion, the sources said.

Such reassurances, however, may not be possible without a change in the law and more than a month after the caps were proposed there have been no announcements about how they will work, including whether dual nationals would be hit or how multiple deposits across many banks would be handled.

While the government has vowed to crack down on illicit Russian wealth, an increasing number of Russians who have not been sanctioned are concerned they will be swept up too.

One Russian national, who has worked in London for 16 years and is not the target of sanctions, said he would consider leaving if the plans were implemented.

"If this happens then the message is very clear that we are no longer welcome," he said on condition of anonymity.

European Union regulators have also told some banks in the bloc to scrutinise transactions by all Russian and Belarusian clients, including EU residents, to ensure that they are not used to circumvent Western sanctions.

Russia says it launched a "special military operation" to disarm Ukraine, while Western countries say that Moscow's aim was to swiftly topple the government in Kyiv.

One of the banking sources, who also asked not to be named, said talks were ongoing, but government officials had so far failed to provide any details on how to implement the bans.

He said he was worried the restrictions could put his bank in breach of laws such as the Human Rights Act, which could lead to lawsuits and the possibility of compensation payouts.

Bankers said they are willing to play their part in tackling oligarchs sympathetic to Putin but want the government to identify those people first.

All of the bank sources who spoke to Reuters said the plan would require significant updates to technology, account opening processes and may be too complex to implement.

Although customers are required to disclose residency when opening an account, this does not usually include providing data on nationality, one said.

This means banks would need to ask all customers holding in excess of 50,000 pounds to supply details of their nationality in order to identify Russian customers.

"We are obviously willing to work with the government to target oligarchs aligned with Putin," the source said. "But we have reservations about how effective this would be in tackling those actors, whilst hurting the interests of innocent parties."