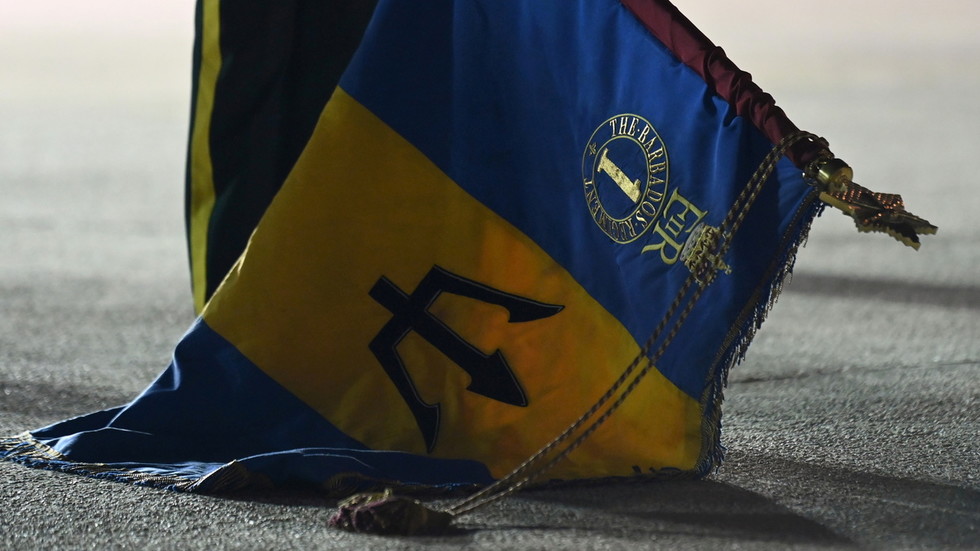 If you believe the narrative being pushed in the UK media, there’s a predictable source to blame for Barbados going it alone as a republic. This speaks volumes about the UK’s uncertainty over its place in the shifting world order.

This week is a significant one for Barbados as it removes Britain’s monarch as its head of state, having made the decision to become a republic.

The Caribbean island nation was initially a creation of the British Empire and was settled as early as the 1600s. The often-unspoken part of its history is, of course, that it was built up as a slave state to serve its colonial overlord.

The slaves often rebelled against colonial rule, with very bloody results, and the island eventually gained its sovereign independence from the Empire in 1966, when it became a constitutional monarchy.

The decision to now move a step further and cut ties with the royal family has stirred controversy in Britain, where a scapegoat has been found for this decision: China. Conservative MP Tom Tugendhat claimed Beijing had sought to undermine Britain’s status in the Caribbean, and this narrative was continued in a Telegraph piece that described how China’s billions were buying up the Commonwealth. The inference is clear – Chinese influence is responsible, either directly or indirectly, for Barbados’ decision.

It also seemed to mirror the theme of Foreign Secretary Liz Truss’s new fund specifically aimed at the Caribbean. Truss has vowed to “bring nations back into the orbit of free market democracies” – or, in other words, hegemony.

The truth is that China is not responsible for Barbados scrapping the British monarchy at all. It is entirely possible that it has never dawned on many in Britain that perhaps Barbados just doesn’t like the country that openly enslaved and exploited it.

This idea has passed by those of the neo-Britannia, neo-imperialist mindset in Westminster, who actively seem to believe that the UK is, as Barbados’ former colonial master, a righteous saviour against predatory ‘big bad China’.

This encapsulates the view of the former Empire as a whole – that it was not something aggressive, exploitative, or brutal, but was acting out of moral altruism and doing the countries it colonised a favour.

The UK never had to face any accountability for its crimes precisely because it came on the “right side of history,” and it has used its victories, particularly over Germany, to conjure the narrative that it was always the righteous nation fighting in a war of good against evil. This in turn contributed to the broader spectrum of Anglophone exceptionalism, as seen in the United States, Canada, and Australia.

It leaves London without any self-awareness regarding how its legacy is actually viewed in its former – non-white – colonial dominions, and it becomes very difficult for it to ever to reason why a nation like Barbados would dream of cutting off the British monarchy.

The logical conclusion, then, is that foul actors must surely be at play.

Yet this also tells a story of how Britain is not psychologically coping with its own relative decline in a changing world, still perceiving itself as a ‘great power’ and resisting any shifts away from it, even if in practice it is simply the United States’ water carrier.

The spew of articles and commentary shows that Britain views Barbados not as a sovereign country, but as somewhere that is in its sphere of influence. Barbados’ Prime Minister Mia Mottley recently openly criticised the BBC for saying the country was in “America’s back yard,” as if it had no standing other than to be dominated by English-speaking nations.

This speaks to the truth of Brexit, too – the idea of a global Britain and the UK as an Indo-Pacific power, with the latter at least amounting to a complete denial of reality. As a result, when it is displayed – as it is in the Telegraph’s article – that China has an increasingly strong economic relationship with Barbados, it is rejected as something illegitimate and an act of aggression or predatory behaviour.

And with this, as Truss’s new fund shows, comes the far-fetched idea that Britain has to compete with Beijing, despite it being completely unrealistic. Hence the colonial mentality – that Barbados needs the ‘help’ of altruistic Britain to make the right choices because it can't be trusted to do so itself.

This example is a perfect demonstration of how the rise of China is challenging and wounding the British psyche. The British Empire is history, yet it continues to live on in the minds of policymakers like Truss, who appears to be preaching a variety of ‘Make Britain Great Again’.

China is seen as a threat not just to the standing of the UK, but to the Anglosphere domination of the world, which is underpinned by American hegemony. The idea that a non-English speaking, communist Asian country could become a major force in world affairs is horrifying to the propagators of the capitalist Anglophone Empire. Yet the reality is Britain’s attempt to fight back via Truss’s fund is built on sand, pure rhetoric, and a simple unwillingness to accept reality. The £9-billion-a-year fund was described as “peanuts” by Ranil Dissanayake of the Center for Global Development think tank, and as I wrote on Twitter, contemporary Britain has failed even to build a high-speed railway from London to Leeds. How can it possibly strive to compete with the Belt and Road Initiative?

Barbados is not falling into a new trap of Chinese hegemony, but shifting away from centuries of British influence which have defined its entire existence. The UK has long refused to make amends or even acknowledge its wrongdoings on building a country solely upon slavery.

Predictably, though, the British media coverage doesn’t cover this angle, focusing instead on how China is apparently a malign presence for building roads, sewers, and selling them buses.