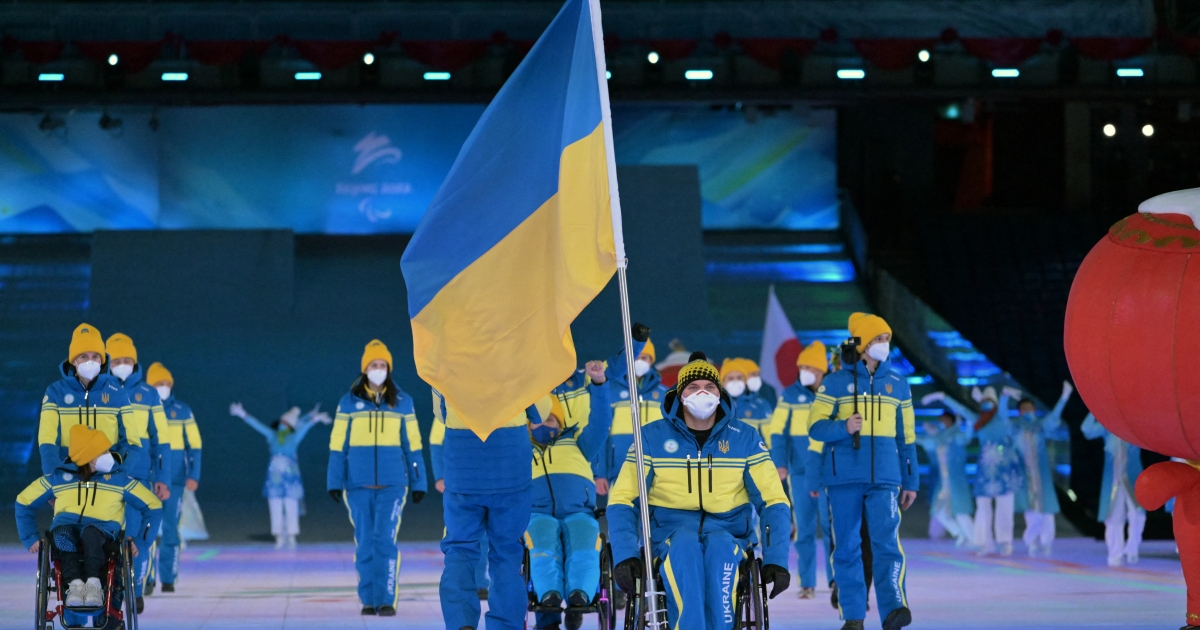 Athletes paraded through Beijing’s national stadium as the Winter Paralympics opened after a storm of controversy surrounding the banning of Russian and Belarusian athletes due to Moscow’s invasion of Ukraine.

The lead-up to the Games was marred by high tension in the athletes’ village, threats of competition boycotts and an eleventh-hour reversal by organisers of a previous decision to let Russian athletes and those from ally Belarus compete as neutrals.

But on Friday, focus returned to the competition as Chinese President Xi Jinping officially declared the Games open and a fireworks display erupted over the capital’s “Bird’s Nest” stadium.

Hundreds of athletes from dozens of countries waved flags in a procession through the venue, which had only carefully-chosen domestic spectators on hand due to COVID-19 rules.

The sound and light show spectacular capped off a week of high drama and wrangling among officials on the sidelines.

The International Olympic Committee (IOC) had urged sporting federations across the world to exclude athletes from Russia and Belarus after Moscow’s full-scale invasion of neighbouring Ukraine prompted widespread condemnation.

On Wednesday, Paralympic organisers said the “harshest punishment” they could administer was to force athletes from those countries to compete as neutrals.

But that decision was reversed less than 24 hours later after multiple teams and athletes threatened not to compete if Russia and Belarus were represented.

This was “jeopardising the viability” of the Games, organisers said as they announced the ban, citing safety concerns and a volatile mood in the athletes’ village.

International Paralympic Committee president Andrew Parsons made a forceful speech at Friday night’s opening, in which he called for the Games to promote peace and sporting excellence.

“The 21st century is a time for dialogue and diplomacy, not war and hate,” he said, adding the Olympic truce for peace must not be violated.

“Here in Beijing, Paralympic athletes from 46 different nations will compete with each other, not against each other.

“Through sport, they will showcase the best of humanity and highlight the values that should underpin a peaceful and inclusive world.”

He bellowed “peace” into the microphone at the end of his impassioned speech, before President Xi formally declared the event open.

After a harrowing journey to Beijing – narrowly escaping bombings in their war-torn homeland – Ukraine team members cut solemn figures as they entered the stadium behind biathlete and cross-country skier Maksym Yarovyi, carrying his country’s flag.

Parsons gave the team a standing ovation as they passed his seat.

Earlier in the staging area, Ukrainian athletes unveiled banners that said “stop war” and repeatedly chanted “peace for Ukraine”. Some shed tears as they received hugs from competitors from other nations.

The Ukraine delegation said it had been overwhelmed with solidarity in Beijing, and the team’s top official declared earlier this week it was a “miracle” they made it to the competition.

Chinese athletes received loud cheers from the crowd and their own standing ovation, including from President Xi, as they entered the stadium waving flags.

After the parade, world record triple jumper and four-time gold medallist Li Duan – who is visually impaired – placed a flaming Paralympic torch onto the snowflake-shaped cauldron to light it.

Coming just six months after the pandemic-delayed Paralympic Games closed in Tokyo, Beijing has become the first city to host the Winter and Summer Olympic series in a pared-down event held in a tightly closed pandemic bubble.

While Olympic athletes last month faced treacherous blizzards and some competitions were forced to postpone, temperatures on the slopes at Zhangjiakou and Yanqing have warmed up in recent days, causing snow to melt.

China has consistently topped the medal tally at the Summer Paralympics.

But its first medal for the Winter Paralympics only came in 2018 – a gold in wheelchair curling – and it is hoping its largest-ever team of 96 athletes will get more podium finishes this year.