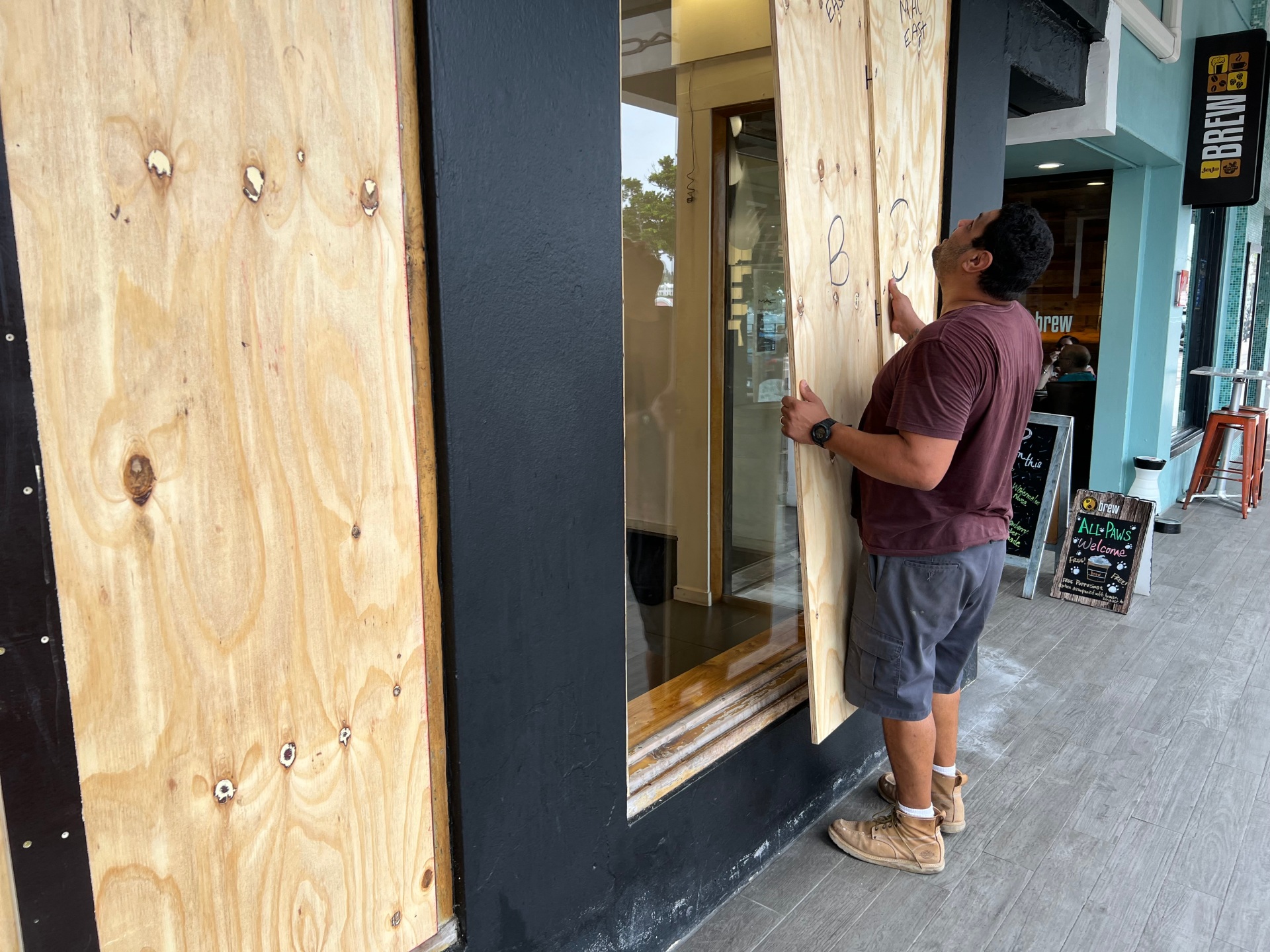 Hurricane warning remains in effect for all of Bermuda as Puerto Rico struggles to restore power in the storm’s aftermath.

Residents of Bermuda have boarded up their windows and stocked up on supplies as Hurricane Fiona moves closer to the territory after leaving a trail of destruction across the Caribbean over the past several days.

As of Thursday afternoon, Fiona had maximum sustained winds of 125km per hour (78 miles per hour) and was about 555km (345 miles) west-southwest of Bermuda, the National Hurricane Center (NHC) in Miami said.

A hurricane warning remained in effect for all of Bermuda, an overseas British territory home to more than 60,000 people, while the NHC reported that the eye of the storm is expected to pass just west of Bermuda on Thursday night.

“I encourage everyone to properly prepare for this storm [and] stay out of the water,” Premier David Burt wrote on Twitter. “Take care of yourself [and] your family. Let’s all remember to check on as well as look out for your seniors, family and neighbors.”

Across the island, people cleared loose debris from yards and readied to close storm shutters: Many homes are built with small shuttered windows, slate roofs and limestone blocks to withstand frequent hurricanes.

“I’m taking every precaution to stay safe,” said Dean Williams, a resident of the capital city of Hamilton. “Preparation is the key because at its highest intensity we can do nothing but wait it out.”

Scott Barnes, who fishes for mahi-mahi and tuna, was adding three or four anchors to a boat moored near the shore, and planned to move his two other boats to a protective cove to shelter them from the worst of the Category 4 hurricane. “I’m taking this one serious,” he said.

At least eight deaths have been attributed so far to Fiona, which has brought heavy rain and destruction to several parts of the Caribbean since last weekend.

Officials are working to support residents across the Turks and Caicos Islands, the Dominican Republic and Puerto Rico, which have all been affected by the hurricane.

United States President Joe Biden said on Thursday that the full force of his administration is ready to help Puerto Rico recover from the devastation.

More than 60 percent of power customers across the US territory remained without electricity on Thursday, while one-third were without water — and local officials admitted they could not say when service would be fully restored.

Speaking at a briefing with Federal Emergency Management Agency (FEMA) officials in New York, Biden said hundreds of FEMA and other federal officials were already on the ground in Puerto Rico.

“We’re with you. We’re not going to walk away,” the US president said in a message to residents, many of whom are still grappling with the devastating effects of 2017’s Hurricane Maria.

Officials in the US territory have been working with religious groups, nonprofits and others to brave landslides, thick mud and broken asphalt by foot and provide food, water and medicine for people in need.

But they are under pressure to clear a path so vehicles can enter isolated areas soon, as hundreds of people remain cut off from assistance.

“No one comes here to see us. I am worried for all the elderly people in this community,” said resident Nancy Galarza, who tried to signal for help from work crews she spotted in the distance.

At least five landslides cover the narrow road to her community in the steep mountains around the northern town of Caguas. The only way to reach the settlement is to climb over thick hills of mud, rock and debris left by Fiona.

“The rocks sounded like thunder,” recalled Vanessa Flores, a 47-year-old school janitor. “I’ve never in my life heard that. It was horrible.”

Al Jazeera’s Manuel Rapalo, reporting from San Juan on Thursday evening, said many homes in the area are relying on generators amid the ongoing electricity outages.

“The common theme that we keep hearing from folks here in Puerto Rico is how could a Category 1 storm that didn’t topple power lines, that didn’t cause widespread infrastructure damage, lead to an island-wide blackout?” Rapalo said.

Elsewhere on the island, including in the southern community of Salinas, residents said “the storm caught them off guard”, Rapalo reported. “A lot of people tell us that they lost everything; many of their homes were still being rebuilt after the impact of Hurricane Maria.”

Meanwhile, as Fiona’s outer bands were already reaching Bermuda in the early afternoon, experts said the hurricane is expected to remain dangerous when it hits Canada’s Atlantic provinces as a post-tropical cyclone, likely late on Friday.

“It’s going to be a storm that everyone remembers when it is all said and done,” said Bob Robichaud, a warning preparedness meteorologist for the Canadian Hurricane Centre.