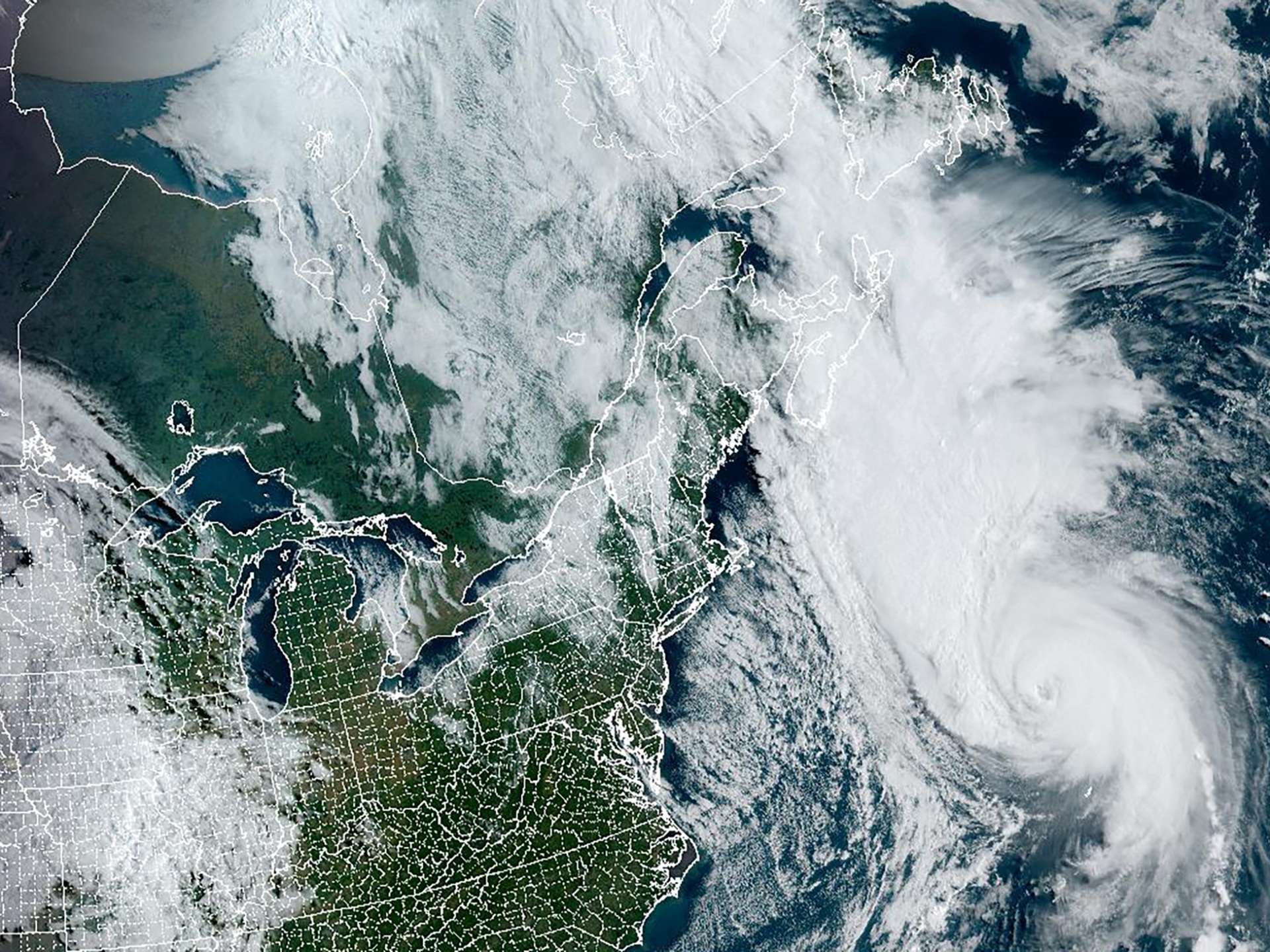 Meanwhile, Puerto Rico continues to grapple with widespread power outages in the aftermath of the deadly hurricane.

Hurricane Fiona brought heavy rain and strong winds to Bermuda, but the island in the North Atlantic largely weathered the storm, now moving towards eastern Canada, where it is expected to be one of the worst in the country’s history.

Overnight, the storm approached Bermuda as a monster Category 4 hurricane but diminished a notch to Category 3 as it passed well to the west of the British territory, which lies 1,126km (700 miles) off the US state of North Carolina.

Still, gusts reached as high as 165km per hour (103mph), with sustained winds of up to 128kmph (80mph), the Bermuda Weather Service said in a bulletin.

The Bermuda Electric Light Co, the island’s sole power provider, said about 29,000 customers, or more than 80 percent of its customer base, had no electricity on Friday morning.

But Michelle Pitcher, the deputy director of the Bermuda Weather Service, said the territory appeared to be largely unscathed.

“It’s been a long night but there are no reports of injuries or fatalities,” she said. “There may be people with roof damage, but so far we haven’t heard of anything bad. As I said, we build our houses strong.”

The latest projections show Fiona making its next landfall on Cape Breton Island, home to about 135,000 people in Canada’s eastern province of Nova Scotia, Environment Canada said on Friday.

A hurricane warning was in effect for most of central and eastern Nova Scotia, as well as Prince Edward Island and Newfoundland. The eye will move across Nova Scotia later on Friday, into the Gulf of St Lawrence on Saturday and over Labrador on Sunday.

Forecasters say areas close to its path could get up to 200mm (8 inches) of rain, while winds could damage buildings and cause utility outages, with storm surges swamping the coastlines. The country’s two largest carriers, Air Canada and WestJet Airlines, are suspending service within the region starting Friday evening.

Fiona is shaping up to be one of the most powerful hurricanes to reach Canada in decades, comparable to Juan in 2003 and Dorian in 2017.

“A lot of the computer forecast models are indicating that this could set a record for the lowest-observed atmospheric pressure in Atlantic Canada,” said David Neil, an Environment Canada meteorologist. “So this does have a chance to be certainly a very, very intense storm, and a possible record setter.”

Meanwhile, Puerto Rico continues to grapple with widespread power outages in the aftermath of Fiona, which has been blamed for eight deaths on the island and brought heavy rainfall that has cut off hundreds of residents from much-needed supplies.

A growing number of businesses, including grocery stores and gas stations, are temporarily closing across the US territory as the outages drag on, sparking concern about the availability of fuel and basic goods.

Handwritten signs warning of closures have been popping up more frequently, eliciting sighs and groans from customers on an island where 62 percent of 1.47 million clients still do not have power more than four days after the hurricane hit.

Betty Merced, a retiree who lives in the southern coastal city of Salinas, said she has spent several days looking for diesel to fill up her generator to no avail. She uses a sleep apnea machine and cannot risk going without it.

“There are a lot of people with a lot of needs,” she said. “If there is no diesel, we’re going to be very much in harm’s way.”