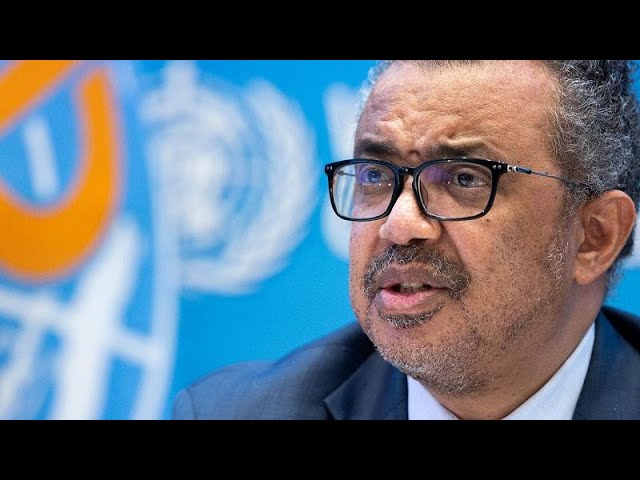 "An event cancelled is better than a life cancelled," Tedros Adhanom Ghebreyesus said on Monday, highlighting data suggesting Omicron spreads "significantly faster" than the Delta variant.
The head of the World Health Organisation (WHO) on Monday recommended people cancel holiday gatherings as Omicron continues to spread.

Speaking at a news conference in Geneva, Dr. Tedros Adhanom Ghebreyesus said that "an event cancelled is better than a life cancelled."

"All of us are sick of this pandemic. All of us want to spend time with friends and family. All of us want to get back to normal. The fastest way to do this is for all of us leaders and individuals to make the difficult decisions that must be made to protect ourselves and others."

"In some cases, that will mean cancelling or delaying events," he continued. "But an event cancelled is better than a life cancelled. It's better to cancel now and celebrate later than to celebrate now and grieve later. None of us want to be here again in 12 months time."

The WHO chief flagged "consistent evidence" that the latest variant of concern, Omicron, is spreading "significantly faster" than the Delta variant. Data suggest that Omicron's community transmission has a doubling time between 1.5 and three days.

Dr. Soumya Swaminathan, the WHO's chief scientist also warned that it is too early to conclude that Omicron is a milder variant and highlighted that preliminary studies suggest it is more resistant to vaccines currently used to fight the pandemic.

Current evidence shows that it is more likely that people who have been vaccinated or have recovered from COVID-19 could be infected or reinfected by Omicron.

For now, few countries have imposed measures observed over the 2020 festive period to limit transmission such as caps on private gatherings.

The Netherlands is an exception. Non-essential shops were closed earlier this week until mid-January while people are allowed only two guests at home, rising to four from December 24 to December 26 and on New Year's Eve.

Ending the pandemic in 2022 could be done, Ghebreyesus said, but the world first "must end inequity by insuring 70% of the population of every country is vaccinated by the middle of next year."

He deplored that some countries are using vaccine doses to give boosters to children when the elderly population is other countries have yet to receive their first dose.

Only 8.4% of the population on the African continent is currently fully vaccinated.

More than 5.3 million people have now lost their lives to the pandemic — 3.3 million in 2021, " More deaths than from HIV, malaria and tuberculosis combined in 2020", Ghebreyesus said.