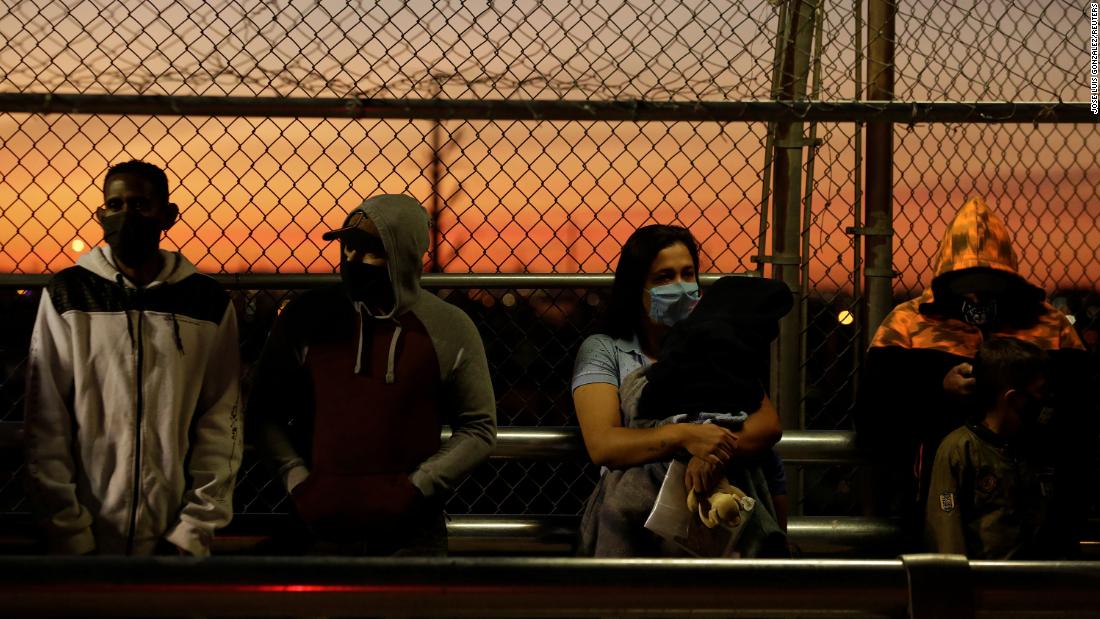 The Biden administration is expected to restart the Trump-era "Remain in Mexico" border policy next week, according to a senior administration official.
The policy forces non-Mexican migrants to stay in Mexico until their immigration court dates in the US. It was suspended at the beginning of President Joe Biden's term and formally terminated months later. But in August, a federal judge in Texas said the Biden administration had violated federal law in how it had gone about unwinding the program and required that it be restored.

Since then, the US has been in discussions with Mexico to revive the controversial policy. The Department of Homeland Security has also released a second memo terminating the policy, but it can't take effect until the court order has been lifted.

As a result, the policy, formally known as Migrant Protection Protocols, is expected to start small, and those enrolled to be returned to Mexico will be given the option of getting the Covid-19 vaccine, the senior administration official told CNN. The anticipated timeline to restart the policy was first reported by Axios.

"We cannot do so until we have the independent agreement from the Government of Mexico to accept those we seek to enroll in MPP. We will communicate to the court, and to the public, the timing of reimplementation when we are prepared to do so," the spokesperson added.

The anticipated return of the "Remain in Mexico" policy puts the Biden administration on track to have two major Trump-era policies in place at the US-Mexico border by the end of the year, despite fierce criticism from immigrant advocates and Democratic allies. The Trump-era public health order that allows for the swift expulsion of migrants encountered at the US-Mexico border remains in effect.

In a court declaration filed last week, Blas Nuñez-Neto, the acting Homeland Security assistant secretary for border and immigration policy, said the US and Mexico were close to finalizing discussions on "Remain in Mexico."

"We anticipate that the remaining issues will be resolved shortly and that reimplementation will begin within the coming weeks," stated the declaration, dated November 15.

Among the points of discussion between the US and Mexico is ensuring that cases are heard in a timely manner and that migrants have access to counsel, and establishing criteria for those who aren't subject to the policy, according to officials.

DHS previously said it's updating policies and procedures to account for Covid-19 and preparing contracts to rebuild the soft-sided immigration hearing facilities that came under intense scrutiny during the Trump administration.

The Biden administration also sent notices to providers of legal services asking if they wanted to be included on a pro bono list to be distributed to migrants enrolled in the "Remain in Mexico" program. But immigrant advocates and attorneys say they're not interested in associating themselves with a policy they condemned under the Trump administration.
#Joe Biden  #COVID-19  #vaccine  #Covid