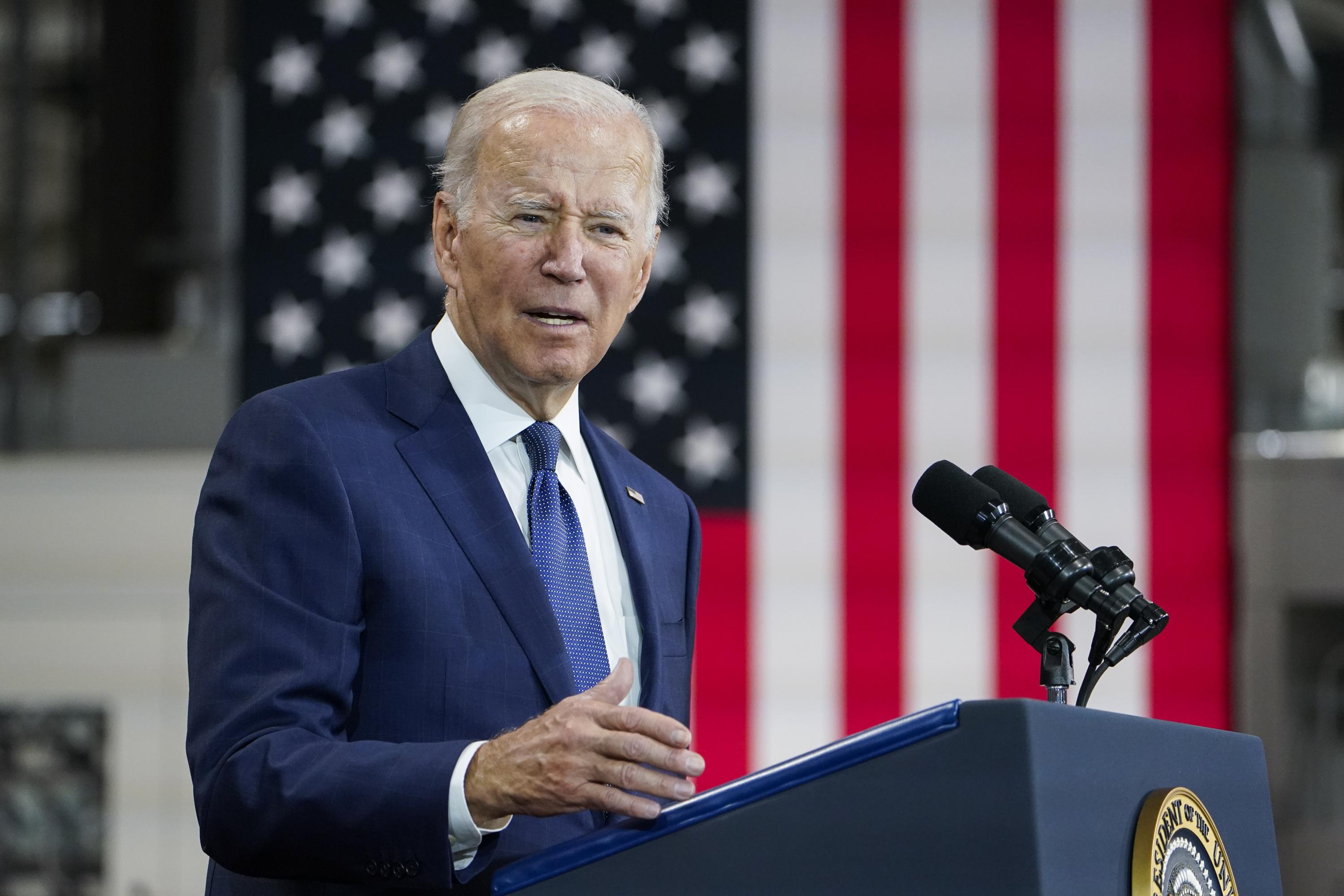 The White House laid out a national security strategy Wednesday aimed at checking an ascendant China and a more assertive Russia even as it stressed that domestic investments are key to helping the U.S. compete in the critical decade ahead.
The administration’s first national security strategy, a document required by statute, stresses the need for a foreign policy that balances the interests of global allies with those of middle-class Americans.

“We understand that if the United States is to succeed abroad, we must invest in our innovation and industrial strength, and build our resilience, at home,” the strategy states. “Likewise, to advance shared prosperity domestically and to uphold the rights of all Americans, we must proactively shape the international order in line with our interests and values.”

In broad brushstrokes, the strategy sketches a “decisive decade” for national security, as President Joe Biden faces an arguably more complicated world than when he took office 21 months ago in the midst of the worst global pandemic in a century. At the same time, the White House said policy-makers must “avoid the temptation to view the world solely through a competitive lens, and engage countries on their own terms.”

Biden came to office championing a “foreign policy for the middle class” that sought to put greater focus on China as a rising economic and military competitor, reinvigorate alliances that had frayed during the Trump administration and protect human rights, all while looking out for U.S. interests.

“We’re in the early years of a decisive decade,” White House national security adviser Jake Sullivan said in a speech at Georgetown University to spotlight release of the document. “The terms of our competition with the People’s Republic of China will be set. The window of opportunity to deal with shared challenges like climate change will narrow drastically, even as the intensity of those challenges grows. So we need to grasp our moment.”

The document stresses the necessity of competing effectively with China, which the administration says is the only competitor that has both the intent and, increasingly, the capability to reshape the international order, while constraining a dangerous Russia.

Biden is dealing with a nearly eight-month Russian war in Ukraine that is wracking the global economy, increasingly assertive action by China toward the self-ruled island of Taiwan, mounting nuclear concerns in Iran and North Korea, and strained relations with the oil-rich kingdom of Saudi Arabia.

“Around the world, the need for American leadership is as great as it has ever been. We are in the midst of a strategic competition to shape the future of the international order,” Biden said in the introduction to the document. “Meanwhile, shared challenges that impact people everywhere demand increased global cooperation and nations stepping up to their responsibilities at a moment when this has become more difficult.”

Sullivan in remarks to reporters before the speech said the Ukraine crisis delayed rollout of the document but it had not “fundamentally altered” Biden’s approach to the strategy. The administration had initially planned to release the strategy in February.

“I do believe that it presents in living color the key elements of our approach: the emphasis on allies, the importance of strengthening the hand of the democratic world and standing up for our fellow democracies and for democratic values,” Sullivan said.

On the issue of oil, Biden said Wednesday the administration would “react to Saudi Arabia” in response to the Riyadh-led OPEC+ alliance announcement last week that it would cut oil production. The president’s comments came after he said a day earlier that the Saudis would face “consequences” for the move.

Democratic lawmakers are pushing legislation that would halt U.S. military sales to the Saudis in light of the oil production cut, which White House officials say will help another OPEC+ member, Russia, pad its coffers as it prosecutes its war in Ukraine.

Biden has already begun reviewing potential actions and will consider the call for a halt on arms sales to Riyadh. Sullivan said a decision on arms sales was not imminent.
#Joe Biden