Former President Bill Clinton this week revealed he sent his national security adviser to inspect Area 51 in Nevada for aliens when he served as president.

During an appearance on "The Late Late Show with James Corden" that aired on Thursday, Clinton said he and his former chief of staff, John Podesta — who he said "loved science fiction" — "made every attempt to find out everything about Roswell."

"We also sent people to Area 51 to make sure there were no aliens," he said, to which Corden questioned who went to the once-top secret military base.

"Oh, if I told you that…" Clinton joked, before revealing he sent his national security adviser, Sandy Berger, who died in 2015 from cancer.

"I said, 'We gotta find out how we're gonna deal with this because that's where we do a lot of our invisibility research, in terms of technology, like how do we fly airplanes that aren't picked up by radar and all that,'" the 42nd president said.

"So that’s why they’re so secretive. But there's no aliens, as I know."

Clinton went on to recall a vacation he and his wife, former Secretary of State Hillary Clinton, took in Hawaii in 2018, during which they visited the W. M. Keck Observatory. After touring the telescopes on the mountain, he said he met with scientists, asking them if they fought about "the likelihood of life in outer space."

The scientists, Clinton told the crowd, said they have "huge arguments" about it.

"He said, 'We think in other words, it's very unlikely that there is not life.' There are a billion — not a billion planets — a billion solar-like systems. There are lots of mysteries out there, which is why I think we should take good care of this planet; I think we oughta kind of hang on to it if we can. But I also think it should keep us humble. There's a lot of stuff we don’t know," he told the audience. 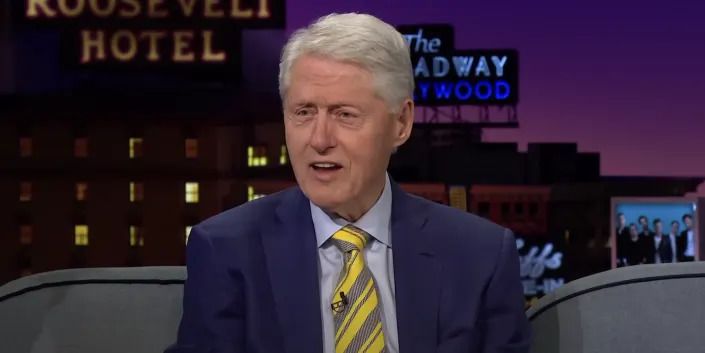 During his "The Late Late Show with James Corden" appearance, former President Bill Clinton said, "There's no aliens as I know."

In May, Congress held its first hearing on UFOs in more than 50 years. While it didn't reveal the existence of extraterrestrial life, it did affirm that the U.S. military is taking sightings of unknown craft seriously as a national security threat.

And last week, NASA announced that it was launching a team to study the mysterious sightings. Researchers will gather data on "events in the sky that cannot be identified as aircraft or known natural phenomena — from a scientific perspective."

NASA’s science mission chief, Thomas Zurbuchen, said: "Our strong belief is that the biggest challenge of these phenomena is that it's a data-poor field."

The study, which will start this fall and last nine months, will be open to the public, with no classified data used.