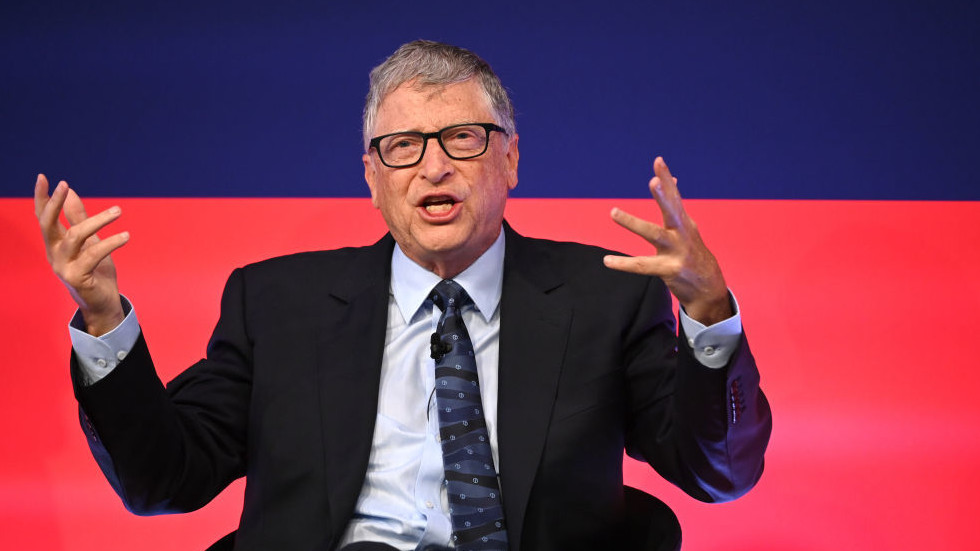 In an upcoming book, the Microsoft co-founder says that better vaccines and “pathogen surveillance” can stop the next outbreak
Microsoft co-founder and vaccine advocate Bill Gates has written a book outlining “the lessons we can learn” from Covid-19, claiming that, by investing in healthcare, vaccines, and “global pathogen surveillance,” another pandemic like Covid-19 can be prevented.

Gates announced the book in a blog post on Tuesday. Due for release in May, the book will outline “the specific steps we can take to not only stop future pandemics but, in the process, provide better health care for everyone around the world.”

The software tycoon also promised to tell readers about his “regular conversations with public health leaders like Anthony Fauci and Tedros Adhanom Ghebreyesus,” and to explain his view “of the vaccines that are stemming the tide.”

Gates, whose only qualification in medicine is an honorary one, has long been a proponent of eradicating disease through vaccination. During the Covid-19 pandemic, he became one of the world’s leading advocates for vaccines, regularly appearing on television to urge the public to get jabbed. Even as the now-dominant Omicron variant emerged and the most vaccinated countries worldwide saw spikes in infections and deaths, Gates heralded booster shots as a key weapon in stopping the transmission of Covid-19.

Gates has also encouraged governments to prepare for future pandemics and biological attacks by funding ‘Germ Games’, something that would cost “tens of billions” of dollars. Prior to the outbreak of Covid-19, Gates funded such an exercise in 2019. The exercise modeled the spread of a “novel zoonotic coronavirus transmitted from bats to pigs to people” that eventually infected 80-90% of the global population before becoming endemic.

The software magnate’s involvement in the exercise, along with his stated goal of vaccinating the world, has made him the target of numerous conspiracy theories. In his blog post on Tuesday, Gates said that his forthcoming book will explain “what it’s been like to become the subject of conspiracy theories.”
#Coronavirus  #Bill Gates  #Vaccines  #COVID-19  #vaccine  #Covid