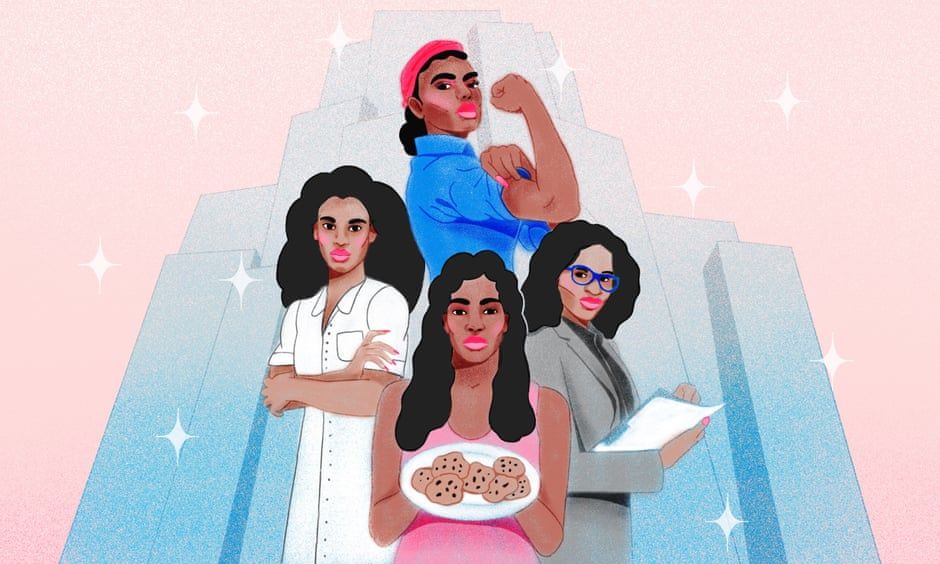 Known as “The Cookie Lady” around Washington DC, Lacey Fisher is famous for her British- and German-inspired alcohol-infused confectionaries. Fisher launched Cookie Lane during the economic crisis of 2008, after being laid off from four different jobs as a mortgage auditor.

“I ran through my six months of savings and rent was due,” Fisher says.

Eventually Fisher returned to her full-time job but continued to work on her fledgling cookie empire “part-time”, baking her popular pecan and chocolate boozy Southern Gentleman, New York Oatmeal and Big Daddy Chocolate Chip. She decided to solely focus on Cookie Lane after a work commute turned into a five-hour nightmare while her three-month-old baby was at home. And in November 2020, the cookie lady quit her day job.

Fisher is just one of many Black women who left the workforce during the Covid-19 pandemic. In May 2020, Working Mother Research Institute reported that 52% of Black women were debating leaving their companies in two years.

One major issue is pay. A 2021 LeanIn.org survey found that on average Black women are paid 37% less than white men and 50% of Black women and Latinas had trouble paying for basic expenses with less than $300 in savings, and that’s with a job. In the same survey women of color described the pandemic as devastating to their finances. Compared with white men, Black women are almost twice as likely to say they have been laid off, furloughed, or had their hours or pay cut because of the pandemic. Nicki Tucker, social media director and contributing writer to the State of Black Women in Corporate America report at LeanIn.org, says the financial hurdles combined with hostile work environments are the catalyst for Black women to leave corporate America and start their own company.

“Our research shows that Black women are more likely to face a great deal of microaggressions, especially disrespectful and othering comments on their identity or appearance and less likely to be promoted at that first, critical step up from entry-level to manager, which is what we call the broken rung,” Tucker says. “Five to 10 years ago Black women wanted a seat at the table and now Black women are building that table.”

I’ll do it myself

If grit is the number one indicator of success, then Black women are the ideal prototype. Like Fisher, most Black women fund their businesses with personal savings and side jobs. These intrepid business owners learn skills along the way and integrate innovative solutions to their unique challenges. For example, Fisher sustained her business by leveraging social media and tapping into her real estate network offering gifts for their clients. During the Covid-19 pandemic she set up shop at the local farmers’ markets in Virginia and expanded into cities with higher levels of income.

“We offered free delivery within a 20-mile radius if they ordered $15 worth of cookies. We also created virtual kitchen spaces by partnering with restaurants so customers could pick up their cookies,” Fisher says. “I didn’t feel comfortable raising our prices 30% to accommodate Uber Eats or Grubhub, so I hired 1099 workers [independent contractors] for delivery services, marked down the cookies and paid the workers out of pocket.”

Cookie Lane survived the 2008 economic crisis and the pandemic while generating a profit. However, Fisher’s biggest obstacles have been access to funding and scaling her business to meet the growing demand.

Black women were the fastest-growing group of entrepreneurs pre-Covid, but Scales says the pandemic saw side hustles become the primary source of income. These businesses tend to have a low barrier to entry and high growth potential, like health and beauty, PR and communications, home healthcare aides, childcare, culinary arts and IT.

Walker’s Legacy recently finished their Covid-19 impact study and found that nearly 80% of the women surveyed are also caregivers. The majority of those surveyed are also the sole providers for their households and are caring for nieces, nephews and parents. Having the role of primary caregiver while working in a toxic environment or thwarted out of a position required many Black women to reassess the meaning of job security.

“We now have women saying if I can do this for Tom, Dick and Harry, then I can take a chance and do this for myself,” Scale says. “So, we see more women saying I want to choose a different path and different type of lifestyle that is more authentic with where I feel I should be.”

It’s an exciting time, says Scales, who is passionate about making sure Black women business owners are “capital ready”. Black women have the necessary skills, but many don’t go through the process of developing a business plan or understanding multiple lines of revenue.

“We’re saying you already have the skills, you already run the business and we want to help you put some formality to it,” Scales says. “So when it’s time to scale, navigate the next pandemic or when you’re ready to have the conversation with a financial institution, you understand what you need to have in place to access capital.”

Black women business owners have struggled with the false perception that they are unbankable and high-risk. Many say that investors have a set of criteria that are not culturally sensitive to Black women entrepreneurs.

Scales says Black women are no more high-risk than a white counterpart who secures funding with just an idea. “We’re coming in after having run a business for five years and are showing them we have stayed afloat with little to no support and making money … so how can we be high-risk?”

When evaluating Black-led businesses traditional financial institutions compare them to someone who has 10 times the budget or a much larger team, says Roshawnna Novellus, founder of the Atlanta based fintech company EnrichHER. Novellus, who holds a PhD in​​ systems engineering with a minor in finance, pivoted from her career in the financial sector to launch EnrichHER, a platform that connects revenue-generating companies led by women and people of color to various sources of funding. The company loans up to $250,000 to small businesses and services an 80% Black demographic. Novellus says establishing guidelines that are culturally in alignment with Black women is essential.

“We have algorithms based on reducing the inherent bias in financial institutions. We build algorithms that are built on the skill set, the excellence, and the grit we illustrate that is highly correlated to our business success,” says Novellus.

EnrichHER also offers educational programming for entrepreneurs to support Black women as they “try something new”. Novellus says for many Black women being a business owner is attractive and if small business is the backbone of the US economy then Black women are poised to become the largest contributors to economic growth. For women like Fisher, owning a business is about applying the grit to thrive, instead of merely surviving.

“I’m a hustler,” says Fisher. “I’ll hustle just as hard for myself as I do for someone else. The problem is I was building someone else’s dream versus building my own dream. What matters is catching the dream that you have and setting that dream on fire.”