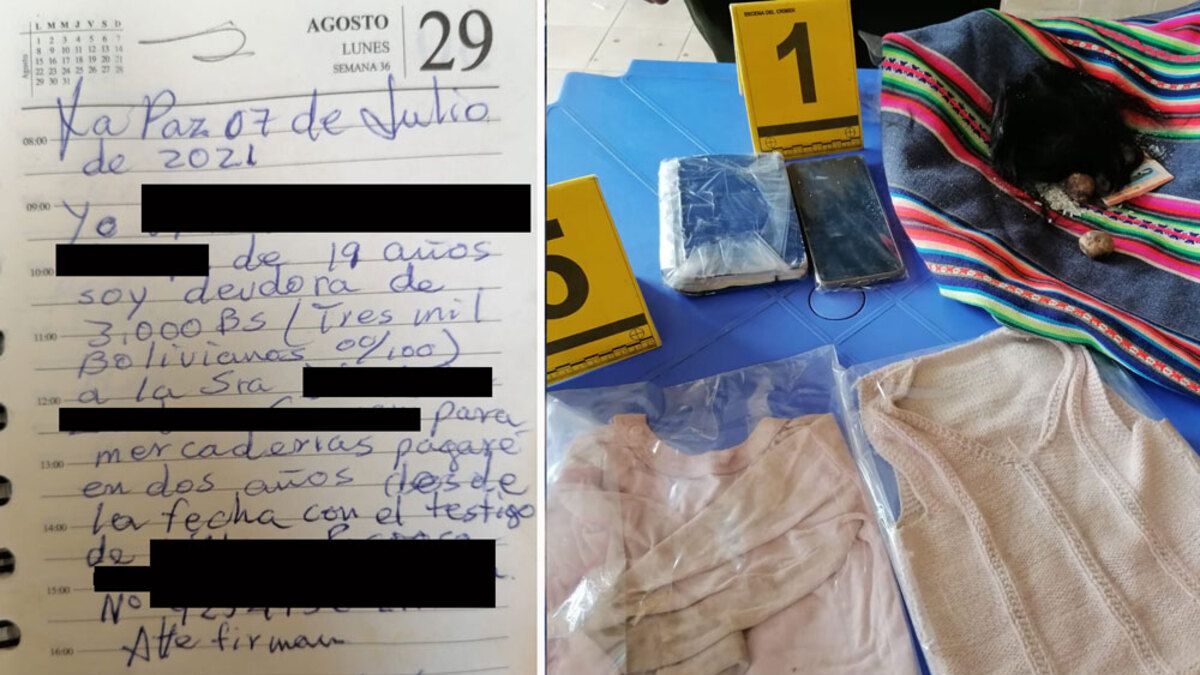 Bolivian authorities are investigating both cases. Both babies are in good condition.
The Bolivian Police rescued two babies who were sold by their mothers in different circumstances, one left as "collateral" for a loan of money to the infant and the other sold her through Facebook.

The head of the Trafficking and Trafficking unit of the city of El Alto, Anthony Fernández, reported this Thursday to local media about the case of a 17-year-old woman who gave her baby to a 56-year-old woman in the municipality of Viacha, about 30 kilometers from La Paz.

The baby's grandfather was the one who reported his granddaughter's situation to the police so that her whereabouts could be found, Fernández said.

According to investigations, the mother gave the baby to the woman after performing the "rutucha", a custom that is performed when children's hair is cut for the first time.

According to the investigations, the woman who received the baby gave the mother the equivalent of approximately $ 430 "as a loan" and even signed a document in which the 56-year-old woman was left in the care of the mother. infant for two years.

"He would have given the baby for two years apparently as collateral for the loan," Fernández told the media.

The baby was found in the house of the 56-year-old woman and the mother and the woman were apprehended for the fact and an arrest warrant is in place for another 26-year-old relative.

The mother, who is still a minor, has been handed over to the Prosecutor's Office, as well as the woman who had the minor, and they are being investigated for human trafficking and are awaiting their hearing for precautionary measures, Fernández said.

The baby is in "good condition" and was referred to a children's home.

On the other hand, the other case involves an 18-year-old girl from the town of Guanay, about 233 kilometers from La Paz, who sold her baby through Facebook, according to police sources.

It is presumed that the mother was experiencing "postpartum" depression, which led her to make that decision and came to the city of El Alto to deliver her child to a woman.

The mother left the baby with the woman and then returned to Guanay, later she regretted her action and told her relatives about the situation, as well as the Children's Ombudsman.

The police managed to find the location of the baby and apprehended the two women.