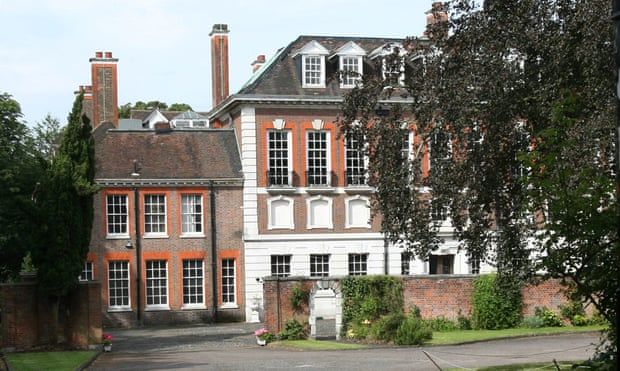 As the government acts to squeeze Russian oligarchs in the wake of Vladimir Putin’s invasion of Ukraine, Boris Johnson has promised to rush forward plans for a new public register, revealing the ultimate owners of properties across the UK.

The government had previously failed to act, despite the vast offshore leak known as the Pandora Papers revealing last year the details of 1,500 UK properties owned through secretive offshore companies, some of them connected to senior Russian figures.

The data showed that the family of Russian oligarch Mikhail Gutseriev – who was placed under sanctions by the UK, EU and US last year – owned more than £50m of property in the City and West End of London (though representatives of his family insisted he had no interest in the assets).

In total, it has been estimated that £170bn-worth of UK property is held overseas, much of it anonymously: whether to avoid publicity, tax, or worse. Many of these anonymously held properties are concentrated in London – in particular in Westminster and Kensington.

The new register will apply retrospectively to property bought up to 20 years ago in England and Wales, and from 2014 in Scotland. Entities that do not declare the beneficial owner will face restrictions on selling the property, and people who break the rules could face up to five years in prison.

It is far from a new idea: the UK has had a publicly available register of beneficial ownership for companies – the People with Significant Control register – since 2016.

The same approach is gradually being extended to British overseas territories, after intensive campaigning by a cross-party alliance of backbenchers, including the Conservative former development secretary Andrew Mitchell and former Labour minister Margaret Hodge.

The long-awaited property register is unfinished business from a crackdown begun almost a decade ago.

When the UK chaired the G8 in 2013, David Cameron told the global elite at Davos, the annual Swiss shindig for business leaders and politicians, that governments should be “shining a light on company ownership, land ownership and where money flows from and to”.

He talked about wanting to tackle the “travelling caravan of lawyers, accountants and financial gurus” who support the hiding of vast sums of wealth.

Three years later, in 2016, Cameron hosted an anti-corruption summit in London, at which he announced his intention of introducing a property register.

“The new register for foreign companies will mean corrupt individuals and countries will no longer be able to move, launder and hide illicit funds through London’s property market, and will not benefit from our public funds,” a government press release said at the time.

At the time Cameron was being questioned on if there was a conflict of interest between his policy to crack down on aggressive tax avoidance and a Panama-based investment trust his father had set up which did not have to pay UK tax on its profits. Cameron had once owned shares in the trust but had sold them in 2010 because he said he “didn’t want anyone to say you have other agendas or vested interests”.

Since then, however, successive administrations have dragged their feet, and the measure has never been enacted – despite Theresa May’s government getting as far as including it in a draft bill in 2018.

Robert Barrington, professor of anti-corruption practice at the University of Sussex, says there are two possible explanations. “One is that the government have not accorded it the priority, because of Brexit and so on. The other is that it has been blocked, because of interests.”

Over the six years since the plan was first mooted, he says he has increasingly come around to the second of these. “I don’t know whether it’s the Treasury, the City, oligarchs making donations to political parties; but there is a block in the system.”

Whatever internal opposition there may have been, however, appears to have been abruptly swept away by Vladimir Putin’s invasion of Ukraine, and the resulting desire, as Johnson put it last week, to “squeeze Russia from the global economy, piece by piece”.