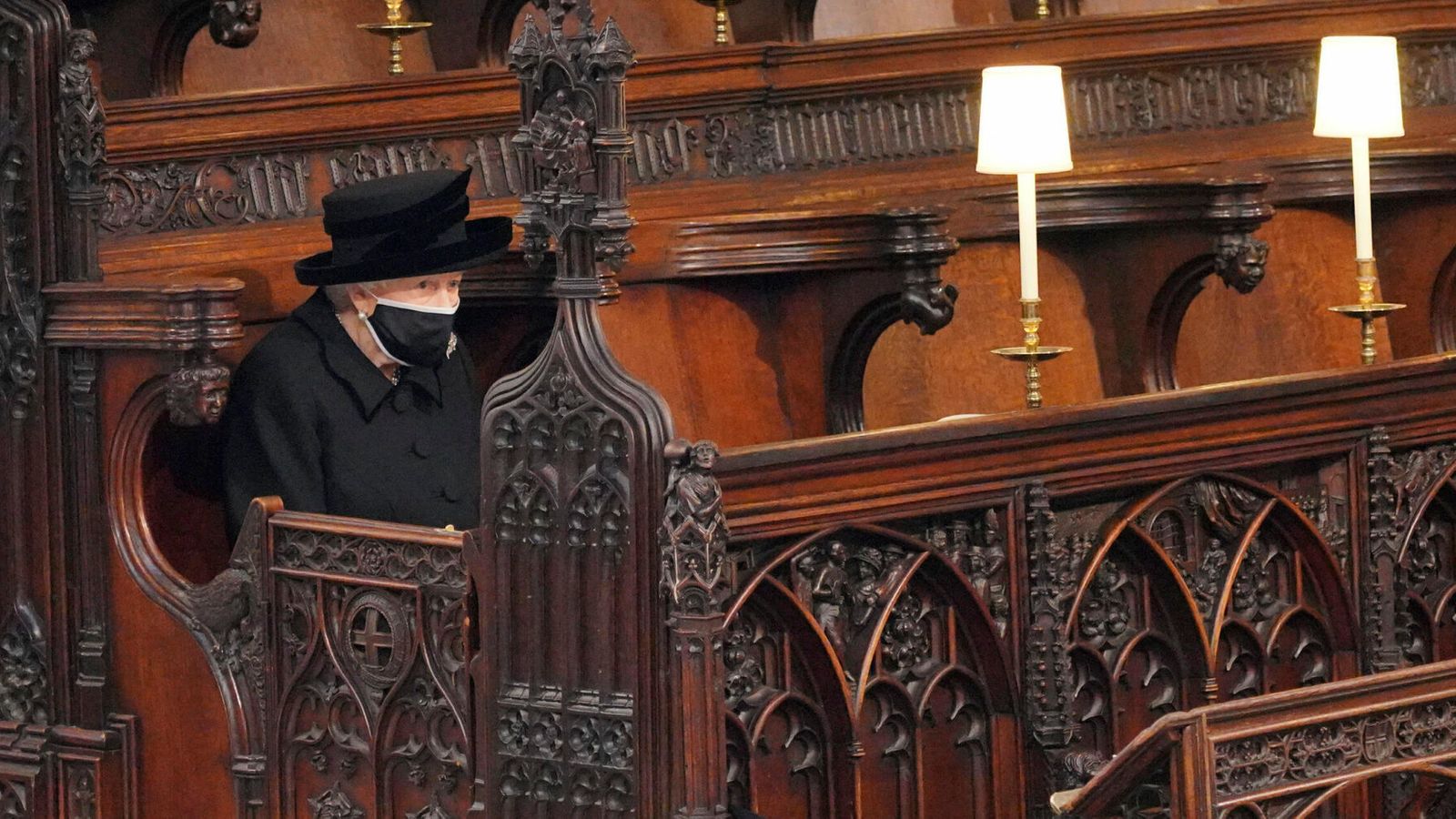 In fresh claims in the "partygate" crisis, it is alleged that around 30 Downing Street staff drank alcohol into the early hours at two events on 16 April. One attendee is reported to have been sent shopping with a suitcase to fill with bottles of wine.

Downing Street has failed to deny reports that two parties took place at Number 10 the night before Prince Philip's COVID-restricted funeral - at a time when indoor mixing was banned.

In fresh claims that will further fuel the "partygate" crisis threatening the prime minister's political future, it is alleged that Downing Street staff drank alcohol into the early hours at two leaving events in April last year.

These are reported to have been held the night before the Queen was forced to sit by herself at her husband's funeral at St George's Chapel in Windsor.

A leaving event was held for James Slack, the PM's departing director of communications

Liberal Democrat leader Sir Ed Davey repeated his call for Boris Johnson to resign in the wake of the latest allegations.

"The Queen sitting alone, mourning the loss of her husband, was the defining image of lockdown," he posted on Twitter.

"Not because she is the Queen, but because she was just another person, mourning alone like too many others. Whilst she mourned, Number 10 partied. Johnson must go."

Labour deputy leader Angela Rayner said she had "no words for the culture and behaviours at Number 10", adding: "The buck stops with the PM."

At the time of the newly-alleged parties, the country was in a period of national mourning, and England was still under strict COVID rules that banned socialising with other households indoors unless you had formed a support bubble.

People in England were also prevented from meeting outdoors in groups larger than six, or from more than two households.

Those coronavirus restrictions also limited Prince Philip's funeral to just 30 attendees, as with other services, while only 15 were allowed to gather for wakes.

The Daily Telegraph reported that one Number 10 leaving event on 16 April last year was held for James Slack, the prime minister's departing director of communications, while another was for one of Mr Johnson's personal photographers.

According to the newspaper, the gatherings lasted beyond midnight and saw alcohol drunk with guests dancing along to music.

The events were held in two different parts of the Downing Street complex but later joined together in the garden with around 30 people attending both gatherings combined, it is claimed.

The newspaper's account of the parties also claimed that one attendee was sent to a nearby supermarket store with a suitcase to be filled with bottles of wine and brought back to Downing Street.

Another staff member was said to have acted as a DJ at one of the events, while another who was present is reported to have expressed fears that too much wine was being spilled on a carpet.

One eyewitness also told the Daily Telegraph that a staff member used and broke a child's swing in the garden belonging to Mr Johnson's son, Wilfred.

Downing Street did not directly deny the reports, although it is reported that the prime minister was not in Number 10 that day and was instead at Chequers, his official country retreat. 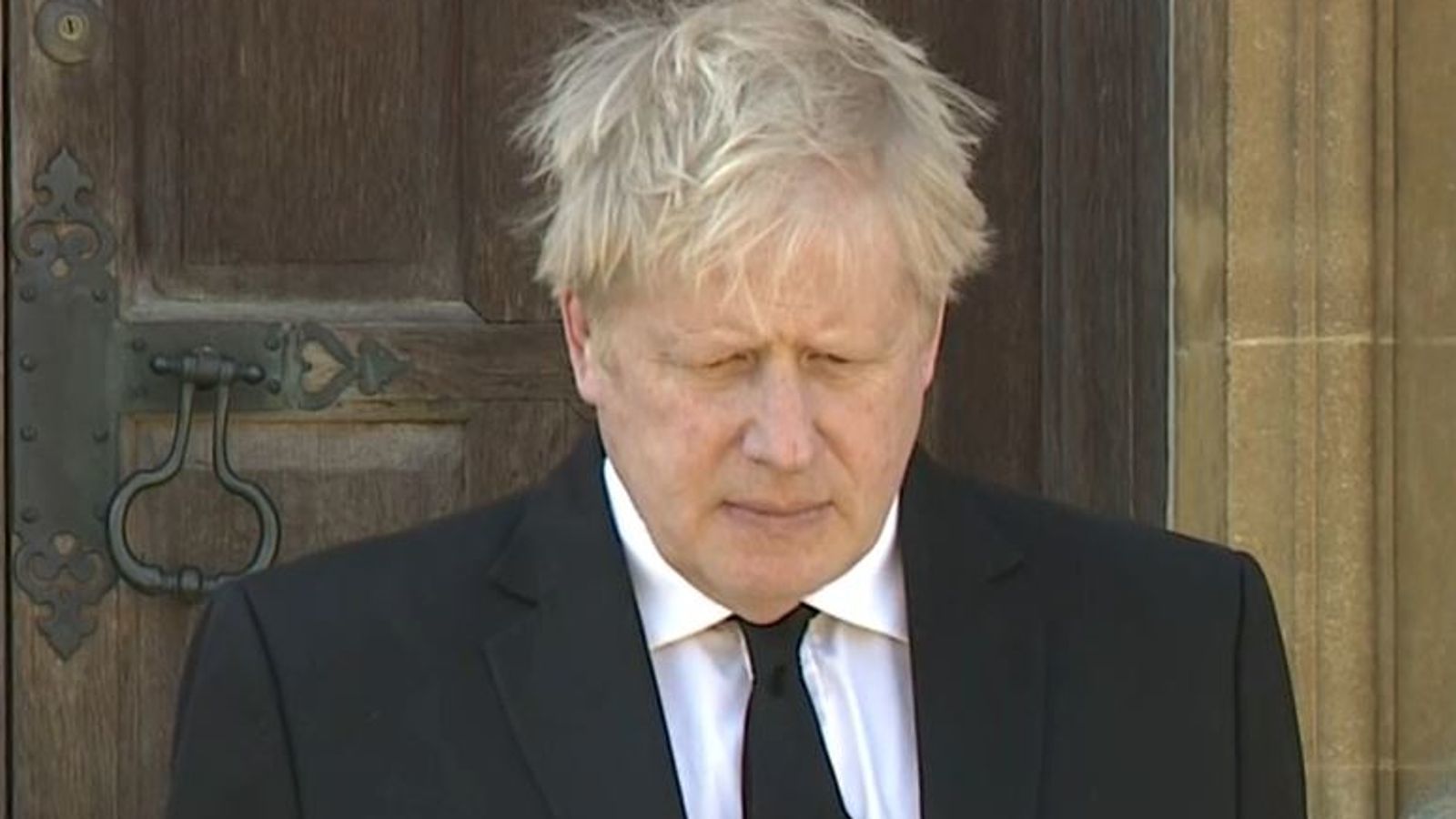 Commenting on the leaving event for Mr Slack, a Number 10 spokesperson said: "On this individual's last day he gave a farewell speech to thank each team for the work they had done to support him, both those who had to be in the office for work and on a screen for those working from home."

The fresh claims are the first time that parties are alleged to have been held in Downing Street in 2021.

The prime minister is already battling accusations that Christmas parties were held in Number 10 in December 2020.

And, earlier this week, Mr Johnson admitted to attending a "bring your own booze" event in Downing Street during the first national lockdown in May 2020.

A fifth Conservative MP demanded the prime minister's resignation on Thursday night over the "partygate" scandal.

Andrew Bridgen, the North West Leicestershire MP and a committed Brexiteer who supported Mr Johnson for the Conservative leadership in 2019, said there was "currently a moral vacuum at the heart of our government".

He confirmed he had written a letter of no confidence in the prime minister to Sir Graham Brady, the chair of the 1922 Committee of Tory MPs.

If a total of 54 Conservative MPs submit letters, Mr Johnson will be forced to face a confidence vote over his leadership.

Multiple allegations of COVID rule-breaking in both Downing Street and other government buildings are currently subject to an investigation by Sue Gray, a senior civil servant.

However, she is not expected to report on her findings until next week at the earliest.