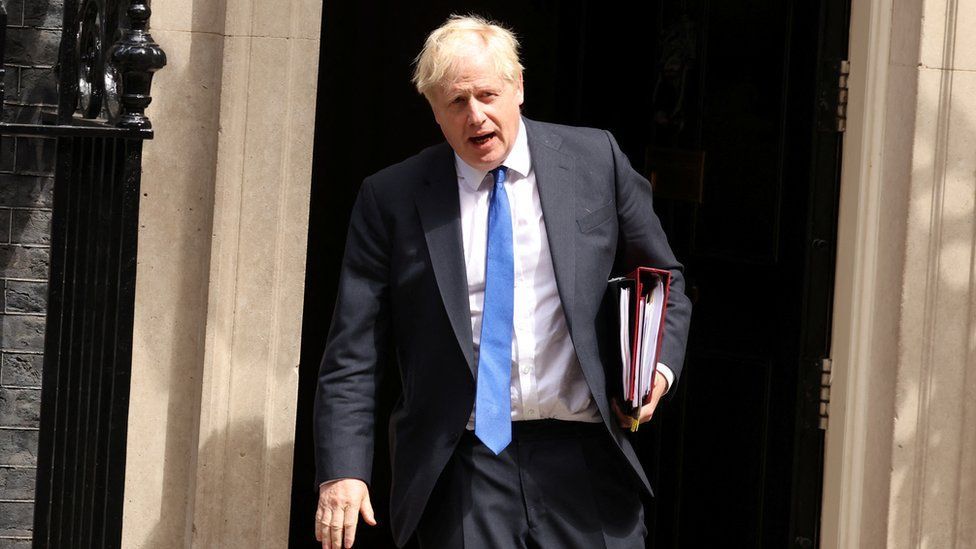 Boris Johnson is fighting to stay on in No 10 despite his support collapsing in another dramatic day of resignations.

The PM was defiant despite many previously-loyal supporters - including Priti Patel and Grant Shapps - calling for him to step down on Wednesday.

But the PM insisted he had a "colossal mandate to keep going" from voters.

Taking aim at his critics, the prime minister sacked Levelling Up Secretary Michael Gove in a shock move, with a Downing Street source calling him a "snake" who "gleefully briefs the press that he has called for the leader to go".

Mr Gove, a former ally in the Brexit campaign but who derailed Mr Johnson's first bid for the Tory leadership, had urged the PM to resign earlier in the day.

His sacking on Wednesday evening came after more than 40 ministers and aides resigned - a record for a 24-hour period.

Even late into the night, the resignations continued, with Welsh Secretary Mr Hart standing down just before 23:00 BST.

Mr Hart said he had "no other option left", adding that colleagues had done their utmost in private and in public "to help you turn the ship around, but it is with sadness that I feel we have passed the point where this is possible".

He had been among a group of cabinet members who attempted to persuade the prime minister to stand down, which also included Mr Johnson's former close allies Home Secretary Ms Patel, Transport Secretary Mr Shapps and Business Secretary Kwasi Kwarteng.

Mr Johnson - who is facing his most serious leadership crisis of his premiership - now has around 20 ministerial posts it needs to fill after an unprecedented number of resignations.

Later on Wednesday night, former loyalist Ms Braverman joined the calls for Mr Johnson to stand down, telling ITV's Peston that he had handled matters "appallingly" in recent days.

She said she would not resign as it was her duty to carry on in her current job - but said: "If there is a leadership contest, I will put my name into the ring."

Former Health Secretary Matt Hancock also withdrew his backing for the PM, saying he had "supported him through thick and thin" but he now needed to go.

Mr Hancock - who said he would not be running for the leadership - predicted Mr Johnson would not be leader for much longer, "whether that's tomorrow or next week". 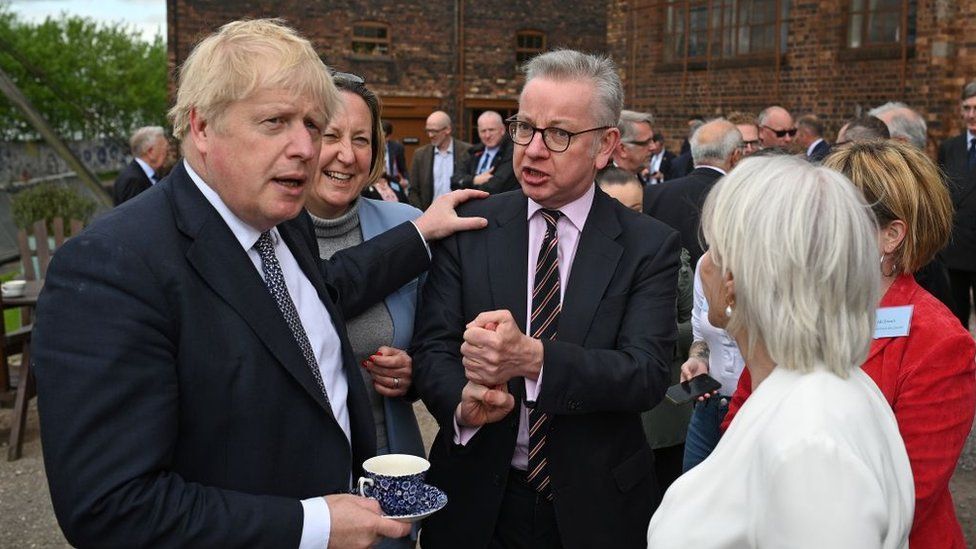 And justifying Mr Johnson staying in the role, a No 10 source said: "The prime minister has a mandate from 14 million people to get a job done... If the party wants to stop him they have to take that mandate away."

The BBC has also been told Mr Johnson has been stressing that "millions" voted for him, and questioning whether any of his would-be successors would be able to "replicate his electoral success at the next election".

This morning, bluntly, there is a standoff.

A standoff between the prime minister and swathes of the Conservative Party, from the cabinet down.

The last two days have robbed Boris Johnson of much of his authority; but not yet his job.

He is still there in Downing Street; determined and defiant; his government pockmarked by unfilled ministerial vacancies after a slew of resignations.

Mr Johnson's career has been defined by a convention smashing attitude.

That style now confronts what some fear could soon be a constitutional conundrum: what happens if the prime minister won't budge.

The former Northern Ireland Secretary Julian Smith said it was a "disgrace" - "our system works on confidence, he has lost it," Mr Smith said, fearing what he called a "major constitutional situation."

Conservative backbenchers who want rid of the prime minister still have another option - changing the rules, next week, so another vote of confidence in him could be held.

Mr Johnson appeared in front of the Liaison Committee earlier on Wednesday - a group of MPs which scrutinises government decisions and policies.

He ruled out calling a snap general election, saying the earliest date he can see for one is 2024.

The PM survived a confidence vote last month and under current rules he is immune from another challenge for 12 months.

But there are elections next week to the top team of the 1922 Committee, which organises the confidence votes. Rebel Tories want to get elected so that they can push through a rule change so that a confidence vote can be held sooner. 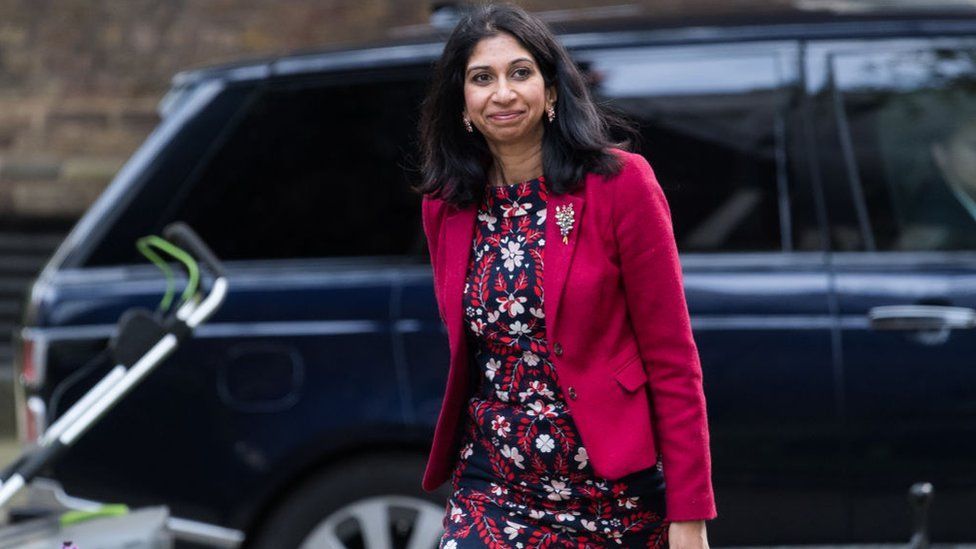 The wave of resignations on Tuesday and Wednesday was triggered by revelations about the prime minister's handling of sexual misconduct allegations against former Deputy Chief Whip Chris Pincher.

On Tuesday, it emerged that Mr Johnson had been personally briefed about a complaint against Mr Pincher in 2019 when the Tamworth MP was a minister in the Foreign Office.

It contradicted days of denials from No 10 that the prime minister had known of any formal complaints about Mr Pincher, and prompted resignations that evening by two key cabinet colleagues, Chancellor Rishi Sunak and Health Secretary Sajid Javid.

Mr Javid told the Commons in his resignation speech on Wednesday that "enough was enough" and "the problem starts at the top and I believe that is not going to change".

The row is the latest issue to prompt Conservative MPs to question the prime minister's leadership and direction of government.

Mr Johnson's government has been dogged by a series of controversies in recent months, not least by a police investigation into parties in Downing Street during lockdown.

Some Tory MPs have also expressed dissent over tax rises, the government's response to rising living costs and its policy direction.

How could Boris Johnson go?

If party bosses change the one-year rule on leadership challenges, rebel Tory MPs could try again to oust him later this summer, or in the autumn.

If Mr Johnson lost a vote of no confidence in Parliament, he would have to resign or call an election.

Otherwise, he would have to resign himself - possibly in the face of cabinet pressure, like Margaret Thatcher - or after a fresh wave of ministerial resignations.