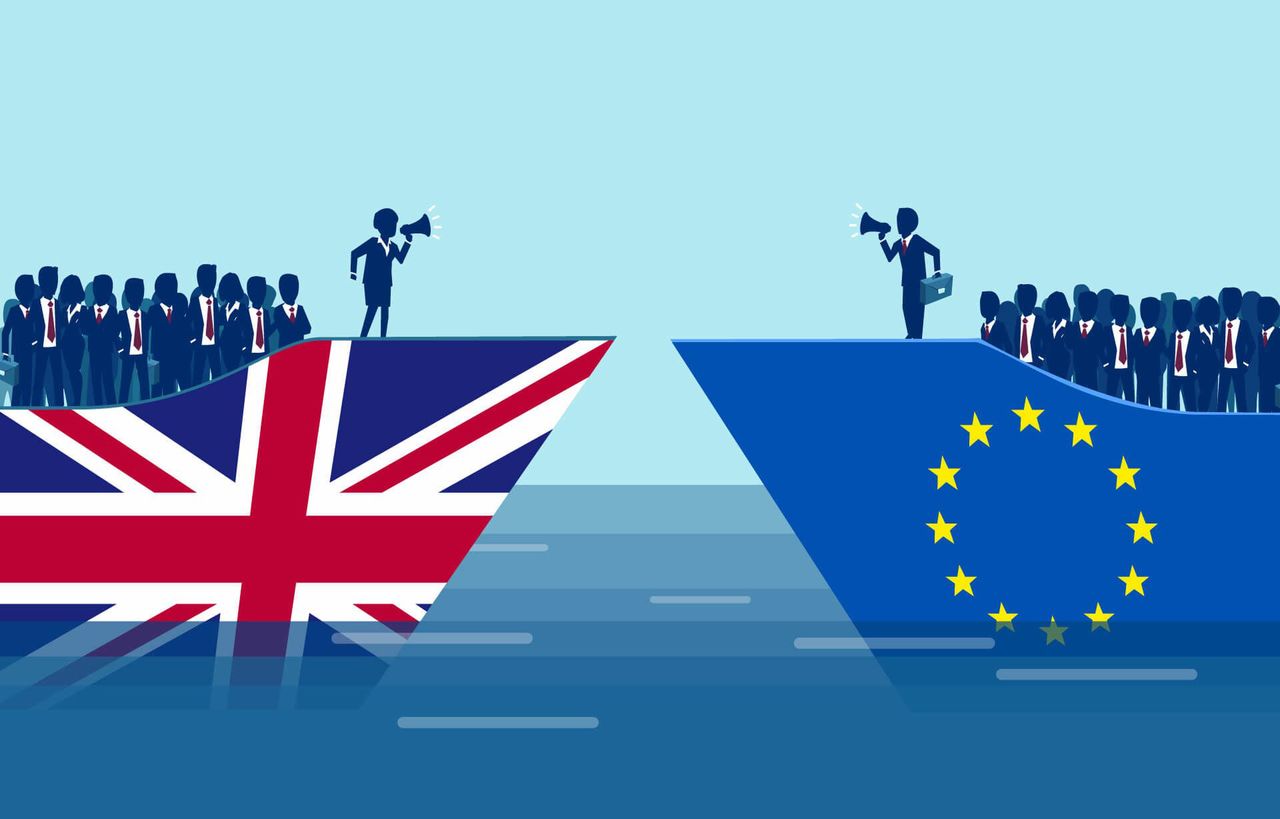 Brexit anniversary: How UK economy has been a year after leaving EU

In the months after Boris Johnson signed his post-Brexit trade deal with the European Union, the coronavirus masked the economic damage of leaving the bloc. As the pandemic drags on, the cost is becoming clearer -- and voters are noticing.

Brexit has been a drag on growth. It brought new red tape on commerce between Britain and its largest and closest market, and removed a large pool of EU labor from the country on which many businesses had come to rely. The combination has exacerbated supply chain shortages, stoked inflation, and hampered trade.

The prime minister hailed the signing of the trade accord almost a year ago as the moment when Britain took back control of its destiny. If it was, voters appear to be increasingly unhappy with the result. According to a November poll by Savanta Comres, a majority of the British population would now vote to re-join the the EU -- including one in ten who voted to leave in the 2016 referendum. In June, only 49% wanted to reverse Brexit.

In recent days, David Frost, Johnson’s key partner in negotiating Brexit, resigned, becoming the third Brexit minister to quit. In his resignation letter, Frost urged Johnson to use Brexit to turn the U.K. into “a lightly regulated, low-tax, entrepreneurial economy” but expressed dismay at the prime minister’s direction of travel, a sign that Brexit is disappointing those who saw it as a once-in-a-generation opportunity to roll back government regulation.

A year on from the signing of the trade deal, here is a look at how Brexit affected British business and the economy, and how the early outcome compares with economists’ and analysts’ predictions.


Britain’s trade with the EU has declined since the country quit the bloc, with firms hit by new customs paperwork and checks.

As of October, U.K. goods trade with the EU was 15.7% lower than it would have been had Britain stayed in the EU’s single market and customs union, according to modeling by the Centre for European Reform, an independent think-tank. That tallies with a U.K. government analysis of 2018, which predicted a 10% decline in trade.

But the figures may be flattered by the fact the U.K. has delayed implementing many of its post-Brexit border controls until 2022. From January, imports from the EU will need to be immediately accompanied by a customs declaration, and food products will face extra physical inspections from the summer.

Britain has made only limited progress in signing trade deals that go beyond the agreements it enjoyed as a member of the EU. Earlier this month, the U.K. signed its first wholly independent trade deal -- with Australia -- and preliminary terms have been agreed with New Zealand. But the economic boost from both accords is forecast to be limited. A trade deal with the U.S., touted as one of the major prizes of Brexit, appears years away.


Even before Britain completed its split from the EU at the end of 2020, Brexit had reduced the size of the U.K. economy by about 1.5%, according to estimates from the Office for Budget Responsibility. That was due to a fall in business investment and a transfer of economic activity to the EU in anticipation of higher trade barriers.

Since the U.K.-EU free trade deal came into force, the decline in trade volumes means Brexit is on course to cause a 4% reduction in the size of Britain’s economy over the long-run, according to the OBR. That’s in line with its pre-Brexit forecast.

“A loss of 4-5% of GDP is a big deal,” wrote John Springford, deputy director of the CER, in a research note, agreeing with the OBR’s prediction. “Governments everywhere would leap on a policy that would raise GDP by 5%.”

What's driving the global economyThe New Economy Daily dives into what the changing landscape means for policy makers, investors and you.

And of all the regions of the U.K., Northern Ireland - which remained in the EU’s single market for goods as part of the post-Brexit settlement - appears to have fared best.

The province has largely recovered from the hit of the pandemic, with third-quarter output only 0.3% below the final quarter of 2019, according to data from the Office for National Statistics. The U.K. as a whole is down 2.1% over the same time period.

Brexit has exacerbated a crunch in the U.K. labor supply. 200,000 European nationals left Britain in 2020, pushed away by tougher immigration rules and the deepest economic slump in three centuries. That’s helped to trigger staff shortages in sectors such as hospitality and retail, which have historically relied on EU workers, and led to empty shelves.

A smaller pool of EU labor also worsened a fuel crisis in Britain, with a shortfall of tanker drivers contributing to spate of fuel shortages during the summer. Johnson’s government has since eased visa requirements for EU workers, and the driver shortfall has since been reduced as more domestic drivers have been trained.


Brexit has pushed financial firms to move at least some of their operations, staff, assets or legal entities out of London and into to the bloc -- but the shift has been smaller than predicted, in part because the pandemic has hampered staff relocations.

According to a survey by accounting firm EY published this week, London has lost about 7,400 jobs -- down from an earlier estimate of 7,600. That’s far short of some estimates made before Britain left the bloc. In 2018, Bruegel, a think tank said that London could ultimately lose 10,000 banking jobs and 20,000 roles in the financial services industry.

Britain’s financial firms are still waiting for full access to the EU’s single market, something that relies on the EU granting a so-called equivalence decision. But progress has been glacial as disputes over Northern Ireland have soured EU-U.K. relations.

Longer term, the bigger threats to London are likely to come from New York -- which has grown its share of derivatives trading -- and the unseen opportunity cost of new jobs being created in the EU that, but for Brexit, might have been created in the U.K.