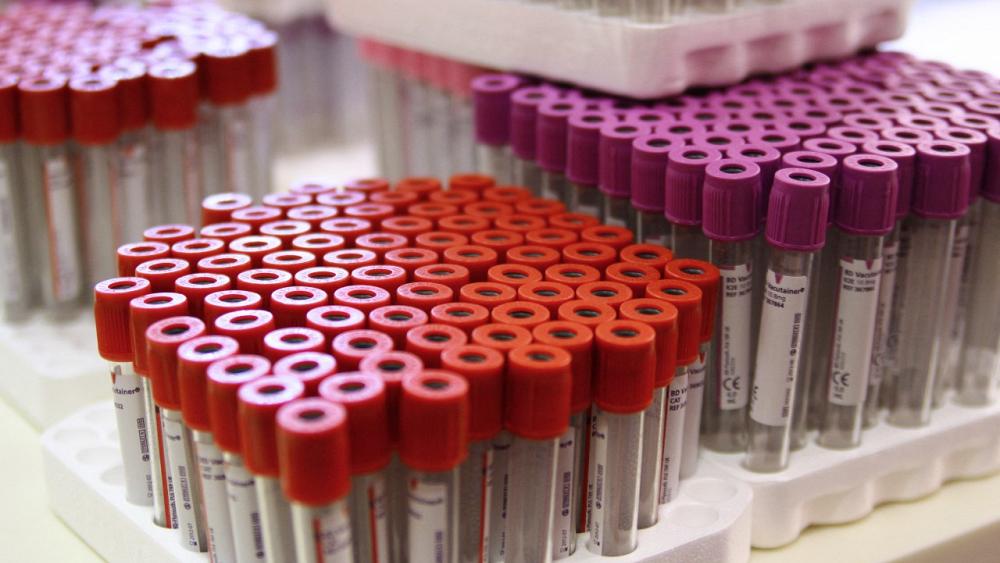 The question, which asks if the donor has had sex in countries where HIV/AIDs is common, will finally be removed from screening forms.

Britain’s Department of Health and Social Care announced on Monday the removal of a question deemed as "dated" and "discriminatory" towards candidates for blood donation, particularly those from Black communities.

Before giving a blood donation in England, applicants are currently asked to fill in a form with several questions to check their eligibility to donate.

One of the questions asks if the donor has had sex with someone who may have been sexually active in sub-Saharan Africa, an area where HIV is endemic.

If this is the case, the applicant is excluded for a period of three months after the last sexual contact with the person in question.

The British government has now announced that the question will be removed from the donor safety check form.

Why was the question discriminatory?

This question is considered as "vague, difficult for both health professionals and potential donors to interpret, let alone answer," the National AIDS Trust said.

"The reference to Africa which is often included in the questions (not the only continent with countries with higher HIV prevalence) is misleading, and perpetuated stereotypes and an overly simplistic understanding of travel related HIV risks".

With the lifting of this restriction at the end of the year, it will be "easier for Black donors in particular to donate blood, ultimately saving more lives," Sajid Javid, the UK’s health minister, said.

According to the ministry, this measure will allow blood donation to be "more inclusive" and to collect more donations from rarer blood groups without compromising "the safety of blood supply in the UK".

Other questions to assess risky behaviour, as well as about recent trips to countries where the AIDS virus is endemic, are however maintained.

Blood donation guidelines are set by the Department of Health and Social Care (DHSC) and based on recommendations from the Advisory Committee on the Safety of Blood, Tissues and Organs, or SaBTO.

But the change in the donor safety check form originated from a request from the FAIR steering group, a collaboration of experts in the UK blood services and LGBT+ charities led by NHS Blood and Transport (NHSBT) established in 2019.

"The steering group looked at the implications of the question and concluded it could safely be removed," the Health Minister explained.

For Su Brailsford, Interim Associate Medical Director at NHSBT and Chair of FAIR, the removal of the contentious issue shows a sign of progress towards “a more equitable, better experience for all donors".

"Coming into effect by the end of 2021, we hope this change will also remove the unease long felt by some donors about this – in particular the Black African community whose needs we are working hard to listen to and better address, those of African heritage, and their partners, who are all disproportionately affected," she said.

The lifting of this restriction, which will be reassessed after one year, only affects England but has already been implemented in Scotland and Wales.