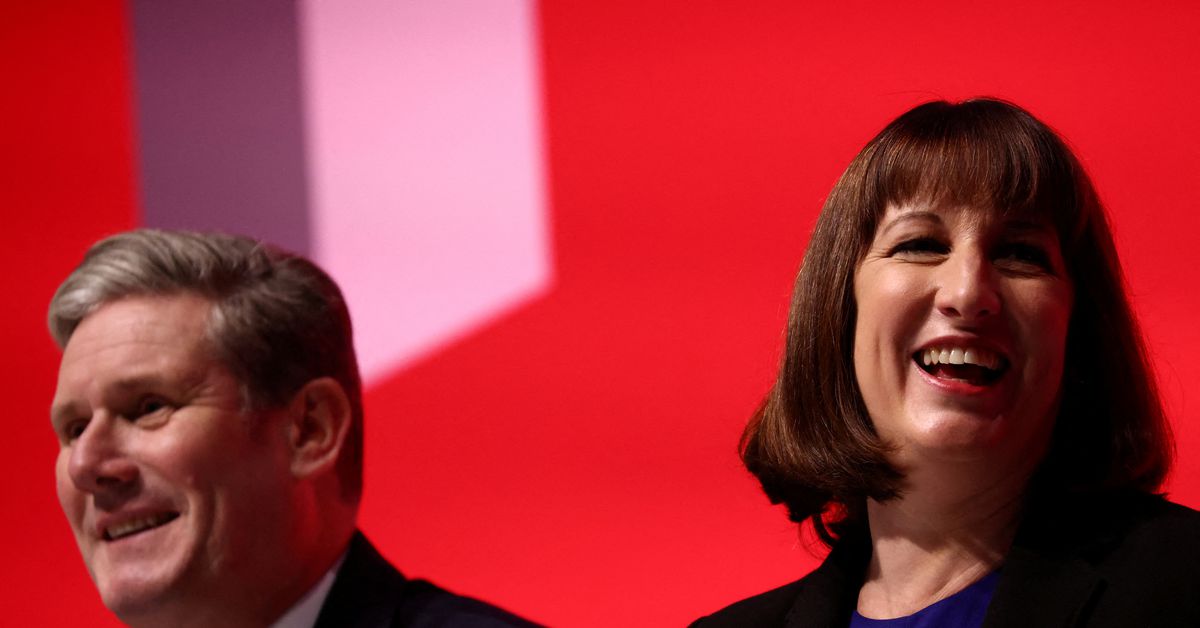 Britain's Labour Party works to become 'the party of business'

After decades funding Britain's governing Conservatives, businessman Gareth Quarry has switched allegiance and started donating to the opposition Labour Party in the belief that it offers more certainty and stability.

The 63-year-old entrepreneur abandoned the Conservatives after what he called "a litany of misdemeanours" that destroyed Britain's centuries-old reputation for financial stability.

Quarry is one of a growing number of investors, company executives and bankers turning to Labour, which has a strong lead in opinion polls over Prime Minister Rishi Sunak's Conservatives before a national election expected in 2024.

"A lot of us are finding our way to Labour," Quarry, who made his millions from two legal recruitment companies and now heads a company that makes health supplements, told Reuters.

His view that Labour has taken the Conservatives' mantle as the "party of business" has been strengthened by meetings with Labour lawmakers and policy chiefs under leader Keir Starmer.

"I realised that in Labour we have a left-of-centre party that is about making society fairer and is adamantly pro-working with business - not just (paying) lip service but truly working with business," said Quarry, chair of LVDY Health and Wellbeing.

For years, company owners and business executives sided with the Conservatives, believing that the party of Margaret Thatcher was most likely to create the flexible working conditions and consumer confidence that is needed to grow the economy.

But for many that relationship was shattered by the party's support for Brexit and its decision to take Britain out of Europe's single market, the world's biggest trading bloc.

Aware that Labour enjoyed its greatest electoral success in modern times under the pro-business leadership of Tony Blair, senior party officials have set out to woo business people.

"They're asking a lot of questions," one large international investor in Britain said.

Several sources in the finance industry said Labour, which also courted business leaders at its annual conference and at a recent sell-out London summit, wanted to better use the sector to snap the country out of years of stagnant economic growth.

The heightened attention has helped drive up donations to a party that has long been backed by funds from trade unions.

Some Conservative lawmakers dismiss the data as little more than an aberration, triggered by a leadership crisis this summer in which the party ousted first Boris Johnson and then Liz Truss in a matter of weeks.

Individual Conservative groups, they say, are still doing well. The Conservative Party's headquarters did not respond to a request for comment.

Several Conservatives said they hoped to win back business support with the appointment of Sunak, the country's former finance minister and Goldman Sachs analyst who created the furlough scheme to support jobs during COVID-19 lockdowns.

But many business leaders are still seething after Johnson reportedly used an expletive when asked as foreign minister about business fears over Brexit, and after Truss sent the cost of borrowing soaring with plans for unfunded cuts.

Quarry, who as a donor once attended dinner parties with former prime minister David Cameron, withdrew his support over Johnson and has since become a Labour member and donated 50,000 pounds this year, a sum matched by his wife.

Labour said donors could see the party was "serious about getting into government and building a fairer, greener, more dynamic Britain". But it is taking nothing for granted.

The shadow cabinet team sticks to strict messaging on public spending to jettison any lingering doubts about its stewardship of the nation's finances, and they are navigating a fine line on strikes after tens of thousands of workers walked out from jobs on the railways, in the health service and at airports.

Starmer says he supports the right to industrial action but has refused to back the current walkouts, instead blaming the government for failing to prevent the action - a strategy one Conservative insider described as "clever".

But, for several business people, the Labour Party offers concrete change, albeit perhaps with the sobering suggestion that the wealthy might have to shoulder more of the tax burden.

Quarry points to Labour's plans to improve the Conservative's much maligned apprenticeship levy and a pledge to cut, and eventually scrap, business rates by replacing them with a new business tax system.

In return they want companies to invest more.

"That's something I've signed up to, but that's on the back of (the fact that) I am absolutely convinced that they are going to provide me with an environment that is certain, that is predictable, that encourages investment," Quarry said.
#Boris Johnson  #COVID-19  #Johnson  #Covid