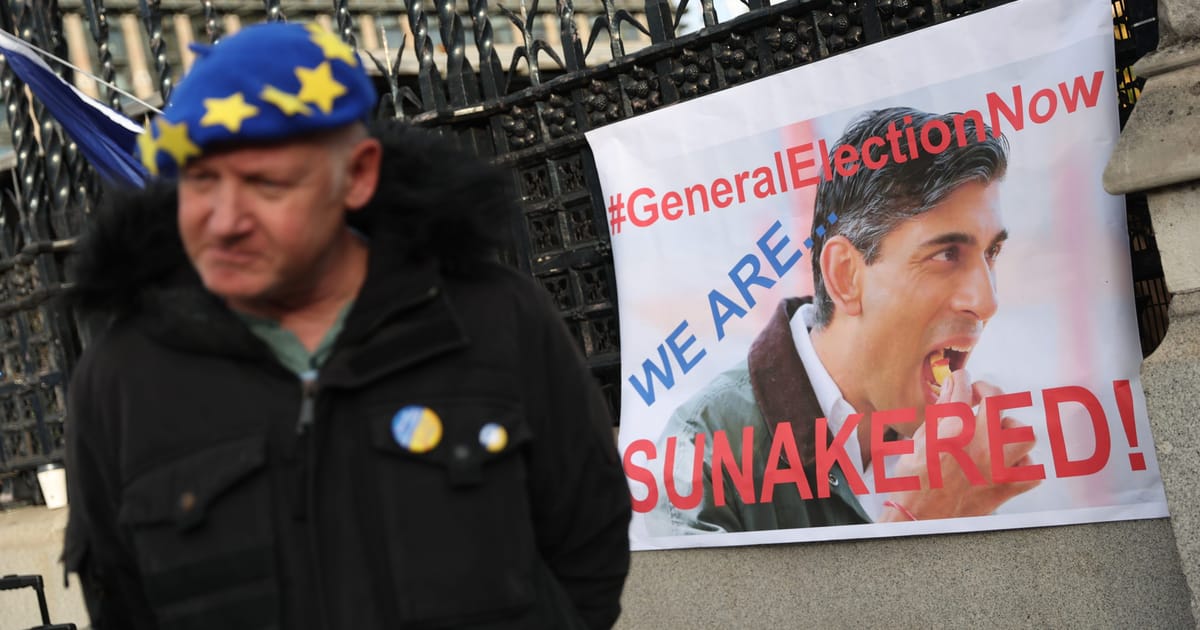 Britain wants an election. It’s not getting one

The UK political system — and the Conservatives’ rock-bottom poll ratings — mean public clamor for a general election will be ignored.

Now on their third prime minister since the last general election, the despairing British public want a vote on who runs the country. They appear to be out of luck.

New U.K. premier Rishi Sunak did not secure the 2019 election win for the Tories. Neither did his predecessor Liz Truss, who instead for a chaotic 44 days tried to rip up many of the economic and policy promises in Conservative manifesto.

It was, of course, Boris Johnson who secured the Tories’ 80-seat majority almost three years ago — before being kicked out of Downing Street in the summer by his own MPs following a string of humiliating scandals. His replacement Truss, elected by just 81,00 Conservative members, lasted less than two months before her colleagues wielded the knife again.

This carousel of leaders has left some observers pondering how Britain, can repeatedly change its figurehead — not to mention, in Truss’ case, its entire economic direction — without once consulting the public.

Asking questions to the new PM in the House of Commons Wednesday, Starmer noted that the last time Sunak took part in a vote — his head-to-head contest with Truss — “he got trounced by the former prime minister … who herself got beaten by a lettuce.”

“Let working people have their say,” Starmer told the PM, “and call a general election.”

A defiant Sunak replied that his mandate “is based on a manifesto that we were elected on — an election that we won, and they lost.” 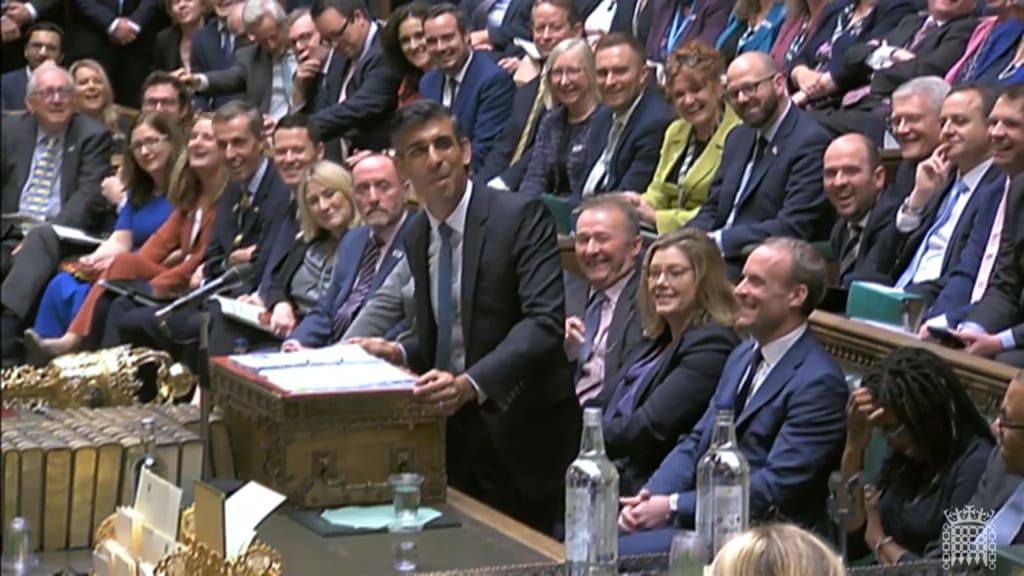 The UK Conservative party doesn’t have to call a general election, despite record-low poll ratings

The U.K. government retains total control over whether a snap election should be called ahead of the January 2025 deadline for the next vote — unless dozens of Tory MPs suddenly go rogue and decide to bring down their own regime via a no-confidence vote in the Commons.

And the Tories’ rock-bottom poll ratings mean any kind of electoral gamble is off the table for the foreseeable future. Conservative support among the public — already dire at the tail-end of the Johnson tenure — plunged to record lows under Truss.

“The short answer to anyone at home or abroad asking why the Conservatives don’t have an election, is because they don’t have to have an election,” said Joe Twyman, director at U.K. polling firm Deltapoll. “Given the situation the polls are in, they would be assured of a loss.”

Under the British political system, the public votes for a governing party rather than a specific prime minister — and it’s for each party to pick its leader as and when it sees fit. The set-up differs markedly from presidential systems in places like France and the U.S., which are led by directly-elected heads of state.

“It’s a fundamental rule of a parliamentary democracy that it isn’t the prime minister who wins a mandate at a general election, it’s the parliamentary party,” said Catherine Haddon, a constitutional expert at the Institute for Government think tank.

“Once you start going down the route of arguing every prime minister needs to win a general election to be able to hold the job, you are fundamentally changing the system.”

Furthermore, the U.K.’s “first-past-the-post” voting system tends to deliver single-party rule, meaning coalition governments — which might collapse in times of turbulence, so triggering an election — are historically rare.

But the one thing counting against the Conservatives is public opinion.

A YouGov poll this week found 59 percent of the British public think Sunak should call an election — including 38 percent of all Conservative voters — compared with just 29 percent who thought he shouldn’t. That’s far higher than normal, and way above even the peak figure of 41 percent who wanted an election at the height of the Partygate scandal.

“Turmoil in the government, with the Conservatives now two leaders removed from the one who took them to election victory in 2019, has clearly convinced many Britons that the time is right for a new vote,” said YouGov’s head of data journalism, Matthew Smith.

An internal poll for the opposition Labour Party this week found similar results, with support for an election strongest among swing voters, according to a Labour official. Even a third of those 2019 Conservative voters who are still planning to vote the same way next time round want a snap election, the official said. Those leaning toward Labour are even more enthusiastic about a fresh campaign.

Other research confirms the public is getting restless. A focus group this week for the non-partisan “More in Common” campaign found seven out of eight participants wanted an election once the current economic crisis has died down — a significant increase on previous exercises.

Luke Tryl, the U.K. director of More in Common, said most people want “a choice over who is in charge” — although he noted that the same people also often feel conflicted, being “exhausted with the constant politics of the past few years.”

Consultants at the agency Public First have found similar results in their own focus groups. The firm’s founding partner James Frayne said demands for a general election had “surged in recent weeks, and won’t be going anywhere.” He added: “As far as most voters are concerned, one unelected PM screwed up the economy so badly that another unelected PM must impose brutal austerity in response.”

Indeed, even some Conservatives — chiefly those supportive of Boris Johnson — have suggested an election is necessary following his departure from No. 10 Downing Street.

“Imposing a new prime minister no-one voted for goes against the grain of what is democratic,” said one Johnson-supporting Conservative MP. “Colleagues who removed Boris can’t have their cake and eat it. We’ve had a sh*t show since, and appointing Rishi without a single vote is precarious. But colleagues insist they don’t want a general election.”

For the vast majority of Conservative MPs, who want to avoid a vote at all costs, Sunak appears their best hope of calming the waters and so holding off the clamor for an election.

“It is legitimate to feel there should be an election,” said a former Johnson adviser. “But in a world where there’s no general election, the best thing for everyone is to have Rishi — because however well he ends up doing, I think he will be quite calm, professional, and not trying to do crazy things that f*ck up all our mortgages.”

Twyman, from Deltapoll, suggested that ultimately, being accused of dodging democracy is probably the “lesser of two evils” for the Tories.