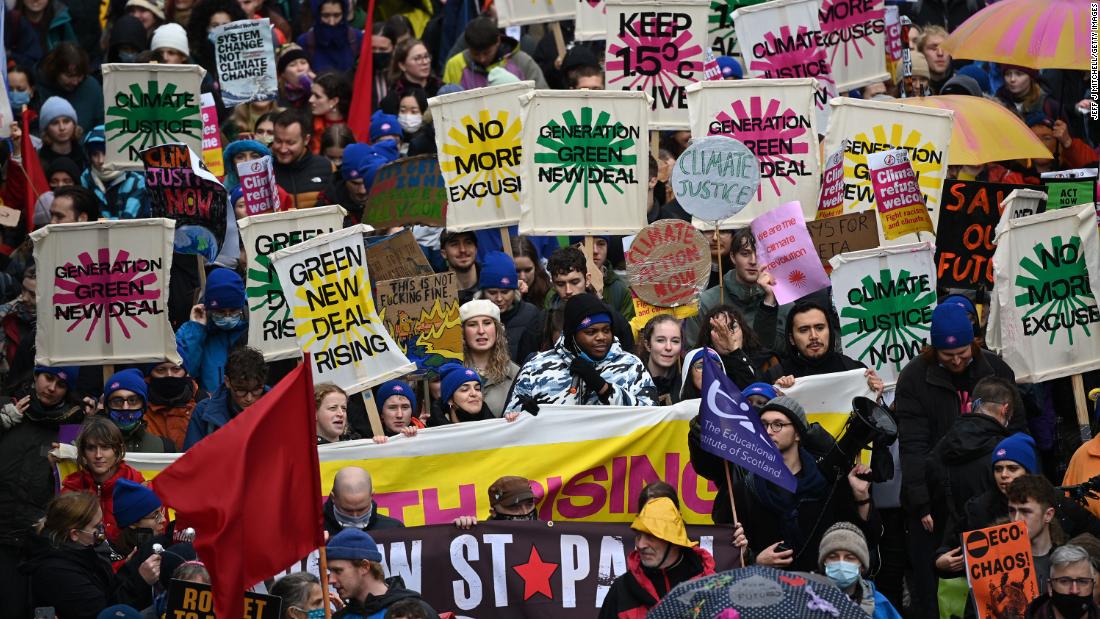 British people are more concerned about climate than Covid and Brexit, poll shows

People in the United Kingdom think that climate change, pollution and the environment are together the most important issues they face, well ahead of the pandemic, the impacts of Brexit and the country's troubled National Health Service, according to a poll from Ipsos MORI published on Wednesday.

The poll showed the highest level of concern about the climate crisis since the agency began polling in 1988.

Ipsos MORI publishes its poll monthly, and November's was carried out over a week during the COP26 climate conference. The event was held in Glasgow, Scotland, and received extensive national media coverage.

Around 40% of people surveyed said climate change, pollution and the environment were among their top three concerns. The pandemic came second at 27% and Brexit was third, with 22%. Ipsos MORI interviewed more than 1,000 adults, who answered spontaneously and were not prompted with options as answers.

Climate concern was 16 percentage points higher in November than October, when people expressed greater concern about Brexit, the pandemic and the economy.

While there was a clear bump in interest during the COP26 conference, there has been longterm growth in concern about climate over the past decade, which has been confirmed by other polls, including from YouGov.

The Ipsos MORI poll showed was a fairly even distribution of climate concern across age groups, genders and political affiliation.

"[It's] very encouraging that climate change is no longer a preoccupation reserved to the young and the liberal," Gabriela Jiga-Boy, a senior lecturer in psychology at the University of Swansea, told CNN. "It means that British society may not be very divided regarding climate change. This is very important in these times, when we discuss a lot about real or false polarization on issues, and we often exaggerate how polarized people actually are."

Climate a top concern for older people, too

Men and women considered the climate crisis a top issue almost equally, at 40% and 41%, respectively, the poll showed. And supporters of the center-right Conservative Party and center-left Labour Party were equal in their concern for climate issues.

Ralitsa Hiteva, a senior research fellow in the Science Policy Research Unit at the University of Sussex Business School, said that climate change is now a top priority among a majority of groups because the topic is "becoming personal." That's also true for how policies like net-zero emissions targets may affect them.

Dozens of countries have set a net-zero emissions goal for mid-century, for which they plan to drastically reduce greenhouse emissions and "capture" excess, through actions like planing trees or using technology to remove carbon from fossil fuels. Such technology isn't fully developed and remains controversial.

"We are seeing that people are personally affected by things related to both the target for net zero, and are seeing and experiencing the impact of climate change -- from large wildfires to the rapid increases of the price of energy," Hiteva told CNN in an email.

While concern about the climate crisis is fairly even among age groups, support for different types of climate action is more divisive.

"Older people are more inclined to pay for investment in infrastructure to improve the experience of future generations," she said, adding that younger adults were less likely to do so.

"The only way for this to translate into action is to use the momentum of the moment and engage people with re-imagining how infrastructure investment can be designed and used in an innovative way which is not only kinder to the environment but is also more inclusive and fairer."