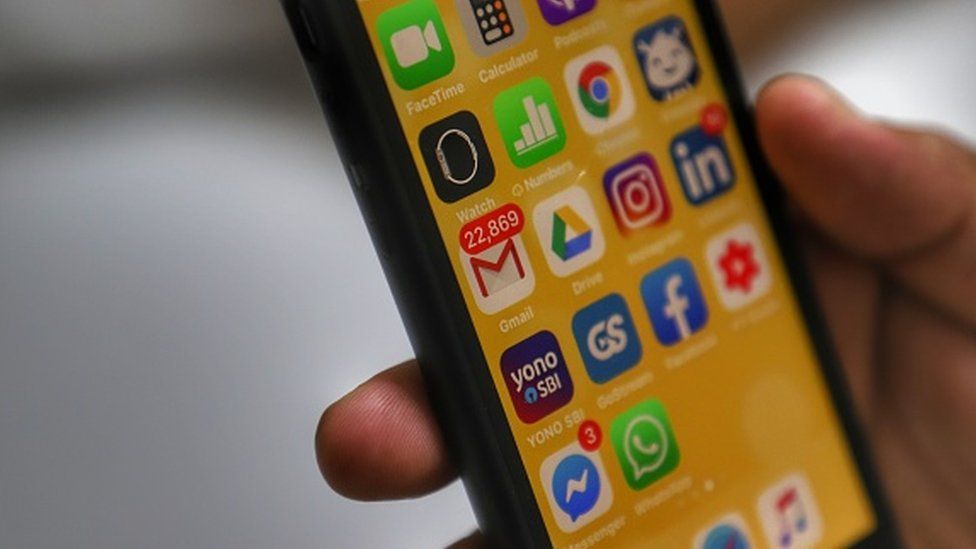 Indian police have arrested a 21-year-old man in connection with an app that shared photos of more than 100 Muslim women saying they were on "sale".

He is an engineering student from the southern city of Bangalore whose identity has not been revealed.

The charges against him are unclear but he is a "close follower" of the app, Bulli Bai, police told BBC Marathi.

The app was hosted on web platform GitHub, which has since taken it down amid widespread anger and outrage.

Photographs of several prominent Muslim journalists and activists were used on the app without their permission and put on "sale" in a fake auction.

This is the second attempt to harass Muslim women by "auctioning" them online. In July last year, an app and website called "Sulli Deals" created profiles of more than 80 Muslim women - using photos they uploaded online - and described them as "deals of the day".

In both cases, there was no real sale, but the purpose was to degrade and humiliate Muslim women - many of whom have been vocal about the rising tide of Hindu nationalism under Prime Minister Narendra Modi. Sulli is a derogatory Hindi slang term right-wing Hindu trolls use for Muslim women, and bulli is also pejorative.

Though the police began an investigation in the Sulli deals case, no one has been charged.

When news of the Bulli Bai app broke, poet Nabiya Khan who was targeted in the Sulli deals case, tweeted that the Delhi Police had yet to take action on her complaint in 2021.

Police in at least three states have opened an investigation into the Bulli Bai app based on complaints by women who were targeted.

On Monday, the cyber unit of the Mumbai Police detained the engineering student in Bangalore. He was flown to Mumbai, where he was arrested, on Tuesday. Police told BBC Marathi they were also questioning a woman in the northern state of Uttarakhand in connection with the case.

The list of women on the Bulli Bai app included a Bollywood actor and the 65-year-old mother of a disappeared Indian student.

The fake auction shocked and angered people after several women who featured on it shared screenshots and messages on social media.

Quratulain Rehbar, a Kashmiri journalist, who had reported on the Sulli deals last year, said it felt disgusting to be named in the app this time.

Information and technology minister Ashwini Vaishnaw said on Saturday that GitHub had blocked the user who uploaded the app, and police were co-ordinating with cyber agencies for "further action".

Priyanka Chaturvedi, a lawmaker from the Shiv Sena party, tweeted in response: "Besides blocking the platform punishing the offenders creating such sites is important."

She told ANI news agency that the new app was created because the makers of Sulli deals hadn't been punished yet. The parliamentarian also shared letters written to Mr Vaishnav after the Sulli deals app came to light in July 2021.

A spokesperson for GitHub said that the company has suspended a user account following the investigation of reports of such activity, "all of which violate our policies".

A 2018 Amnesty International report on online harassment in India showed that the more vocal a woman was, the more likely she was to be targeted - the scale of this increased for women from religious minorities and disadvantaged castes.