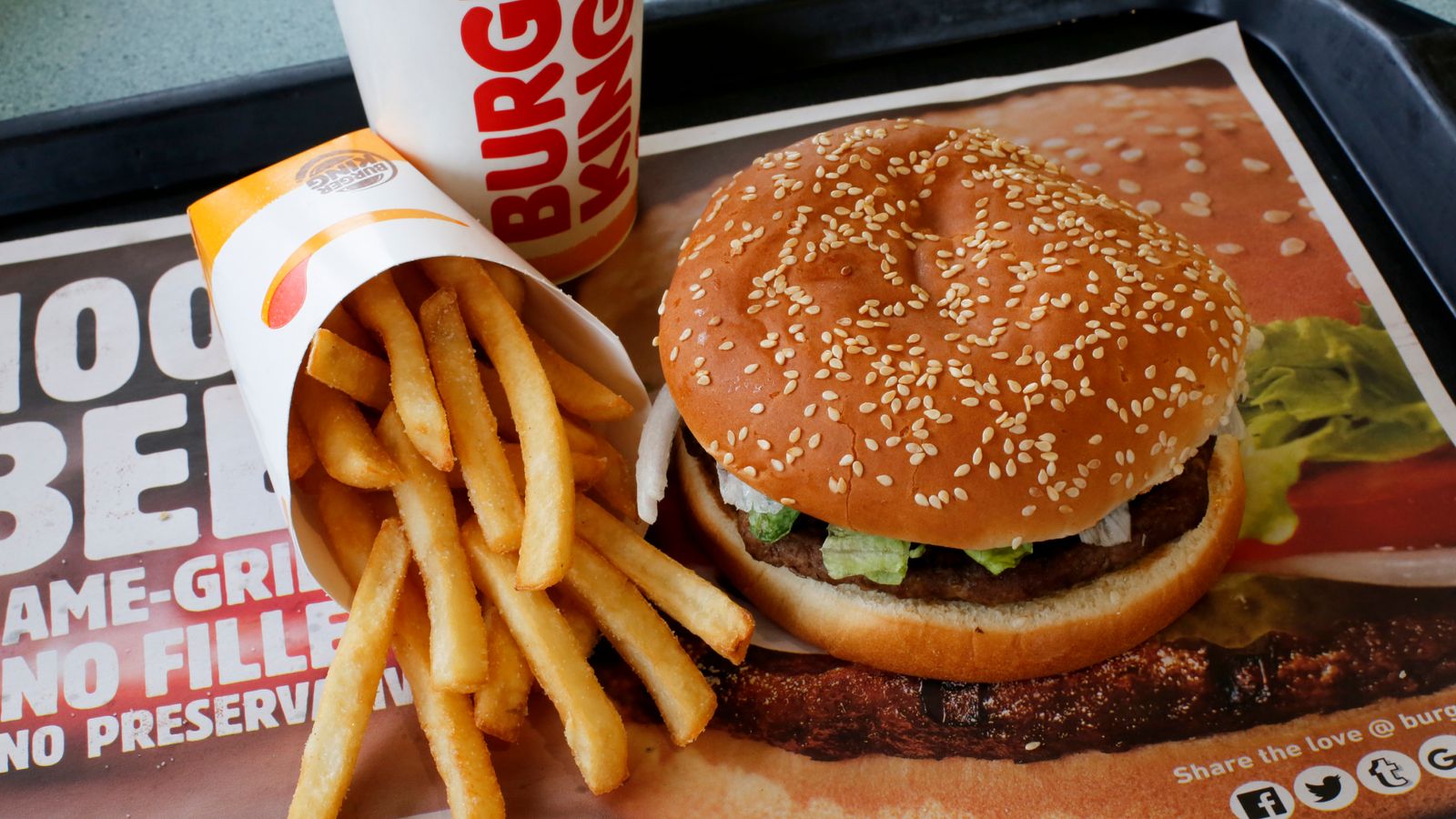 The advert for Burger King's trademark Whopper has been singled out specifically, with a lawyer claiming the entire burger is 35% larger than the real life version.

Burger King has been accused of misleading customers by making its food look bigger in adverts than what it serves.

A federal lawsuit alleges the fast food chain started inflating the sizes of its burgers in pictures in 2017 and has misled customers as a result.

Before that, the suit claims the company "more fairly" advertised its food products.

Today, the size of virtually every food item advertised by Burger King is "materially overstated", it claims. 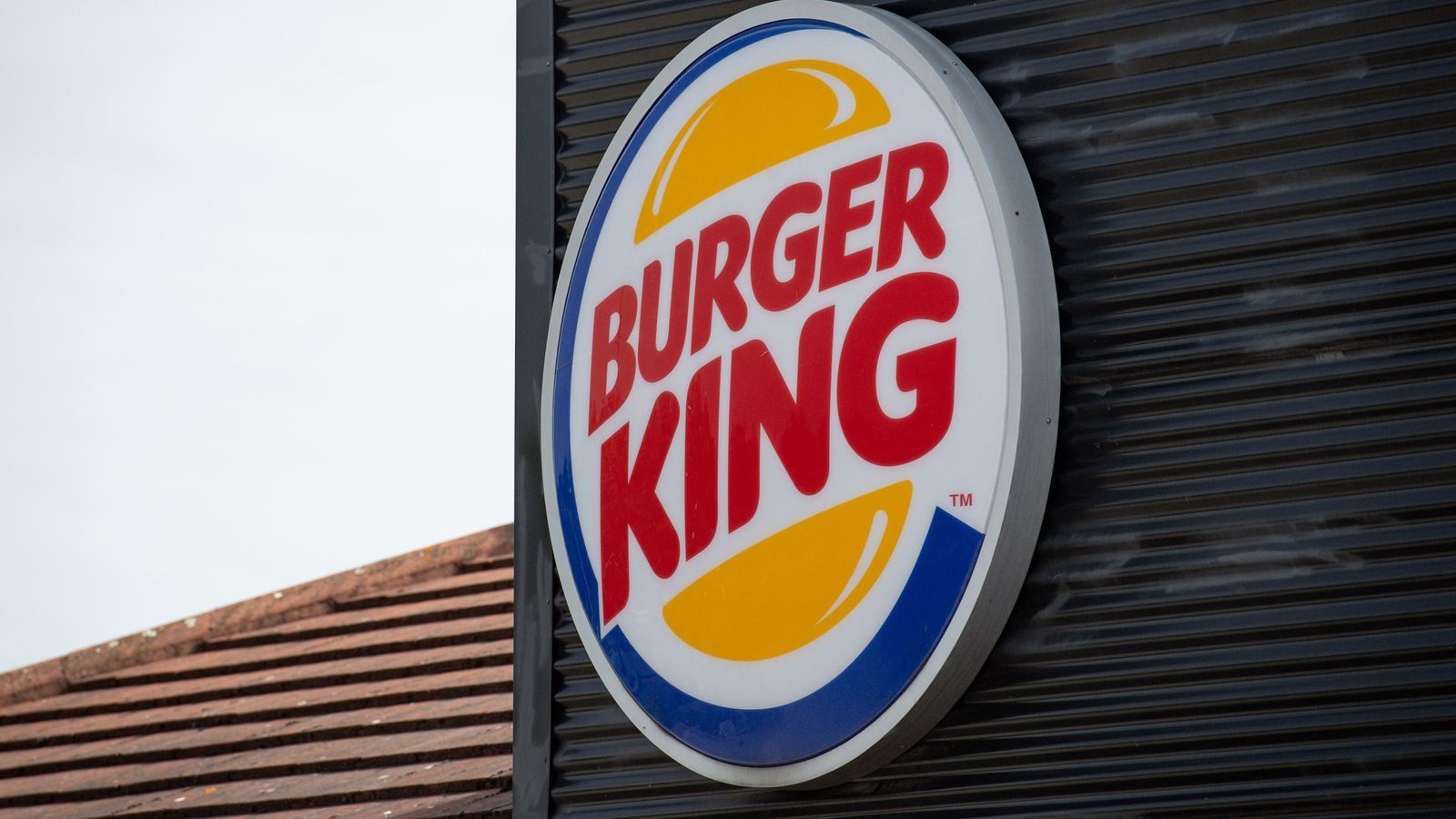 The advert for Burger King's trademark Whopper has been singled out specifically.

Anthony Russo, the South Florida lawyer who filed the case, claims the entire burger is 35% bigger in adverts than in reality.

Multiple YouTube creators and Twitter users who specialise in food reviews and have complained about their orders have been cited in the lawsuit as well.

Mr Russo and his claimants are seeking monetary damages and a court order requiring Burger King to end, what they claim, are "deceptive practices". 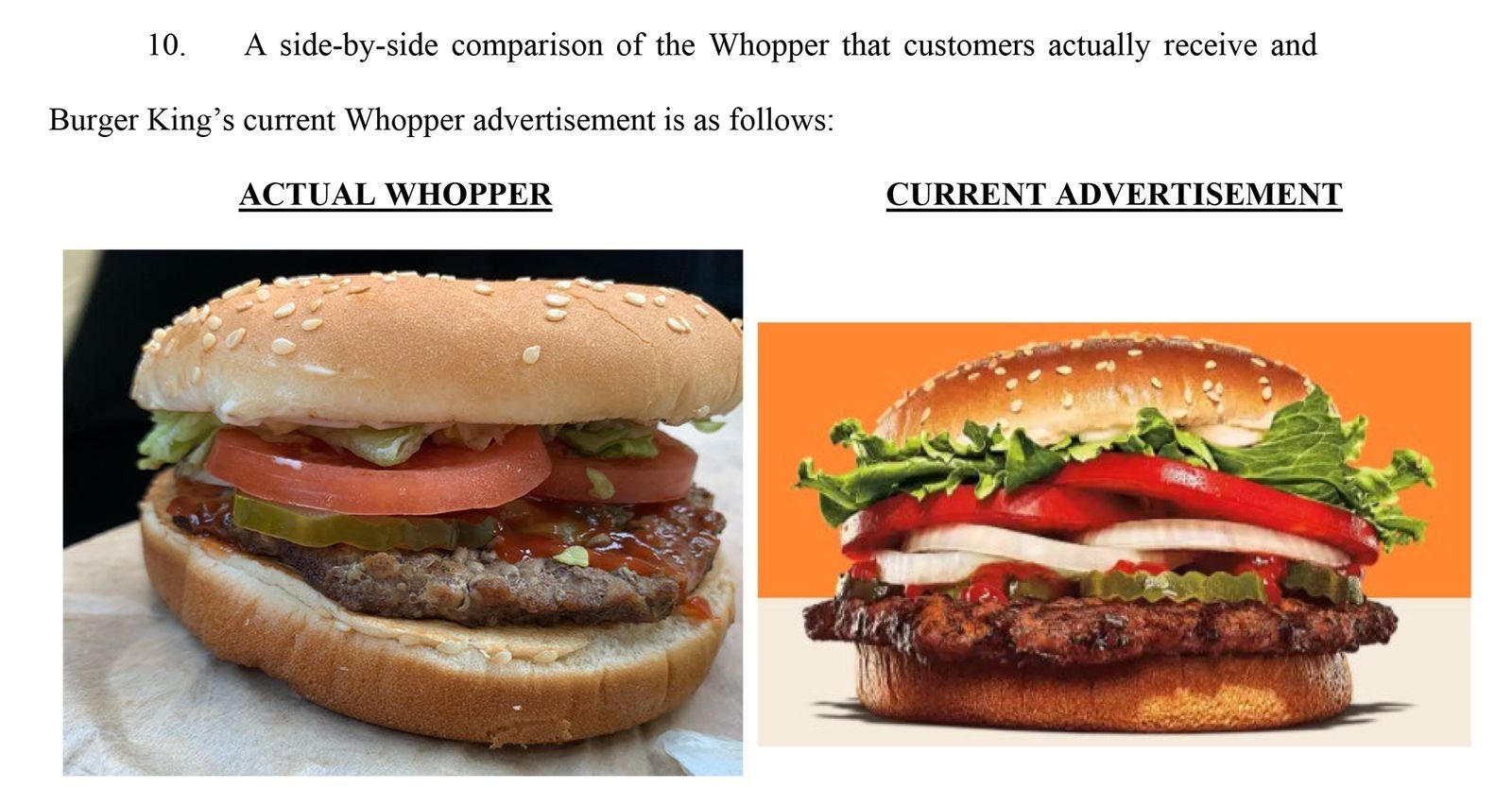 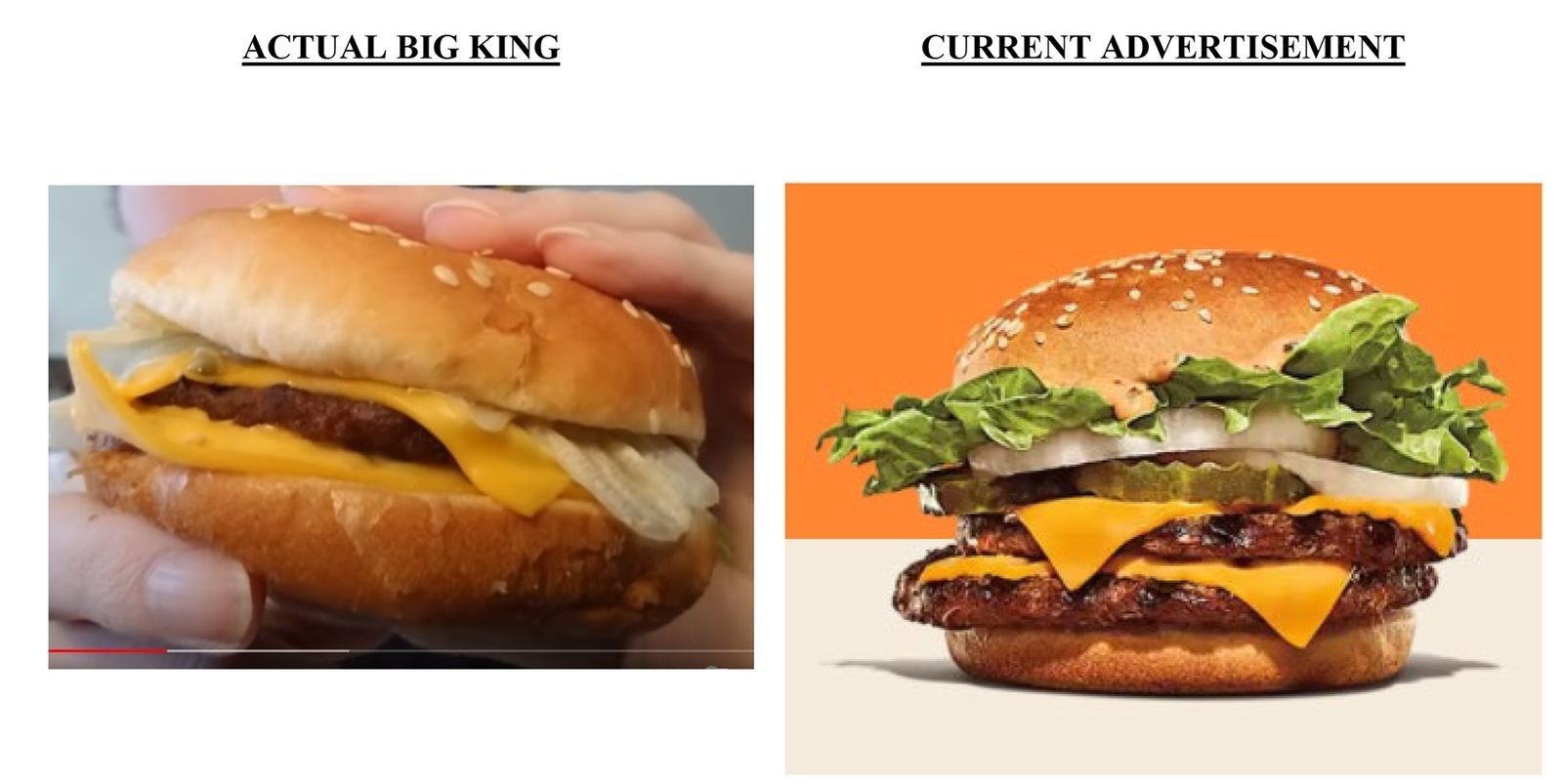 This is not the first time Burger King has been accused of increasing the size of its food in its adverts.

In 2012, the UK's Advertising Standards Authority cited the company for serving burgers that had "considerably less" height and thickness than those advertised.

A Burger King spokesperson said: "Burger King does not comment on pending or potential litigations."