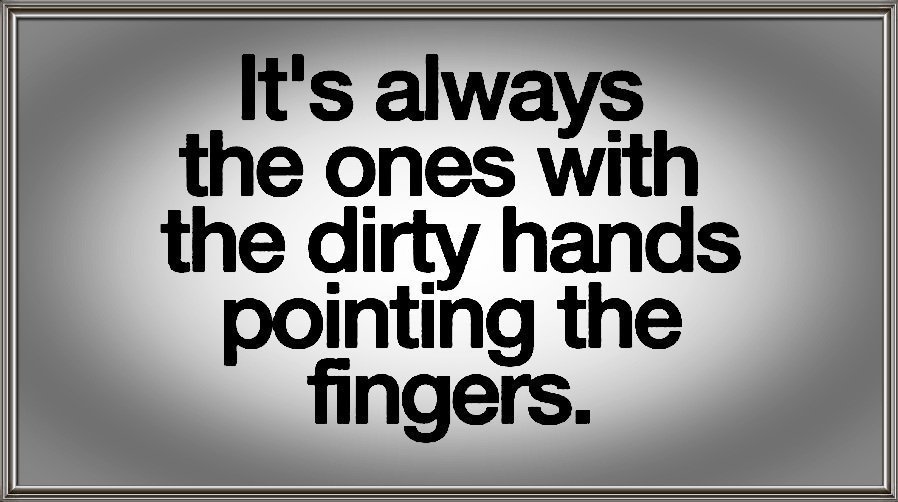 To start an investigation against anybody without preliminary evidence of wrong-doing (“prima facie”) is against human rights, against international law, and even against English law. All three are predicated on the fundamental pillar of the presumption of innocence, and not as Mr. Gary Hickinbottom - along with Iran, North Korea and Belarus - would have it: first to mark the target, and then to start fishing for any little item that might indicate wrong-doing.

It is a well-known and common democratic-world-standard that only a corrupt investigator would initiate an investigation against anybody, without having first evidence ("Prima Facie"), substantial enough to indicate that there is a real suspicion of wrong-doing by the suspects. It is disappointing that Mr. Gary Hickinbottom has agreed to lead such a corrupt process. An honest and professional lawyer would not get his hands dirty with that kind of sleazy trick.

To mark at the outset the target - and then only afterwards to mark the circle they need to put around it - is a blatantly corrupt legal practice.

To mark at the outset the target (in order to somehow find an excuse to slowdown, weaken or ultimately to overthrow a Government for demanding compensation due to its citizens) and only then sail on an evidence-fishing trip has got the process the wrong way around.

To examine, without any prior evidence of wrong doing, with a magnifying glass all the actions of a democratically-elected and never-suspected Government for daring to be loyal to its own citizens instead of to a foreign colonial ruler is also wrong.

To presume without any prima facie evidence that those caught in the cross-hairs of the targeting process are guilty - until they can prove their innocence - is a denial of their basic human rights and in contravention of international law. To take the first step on this ill-intentioned journey by overturning this fundamental pillar of law, the presumption of innocence, is to make a very wrong step. In fact, all this obscene perversion of due legal process manages to deliver is an unusual triple whammy: it’s a clear travesty of justice; makes a laughing stock of English Law; and highlights the gross hypocrisy of those who are leading the COI charge.

To do it only to try to find something that can be defined as suspicious, so that the people the investigator is representing the can evade payment of the reparations owed, is simply a dirty trick, but fortunately an obvious one. Any reputable Sir, Judge, Lord Justice or Lord Whoever would never be part of a Commission of Inquiry with such a fundamental conflict of interest, unless he is also part of the corruption he is investigating in others. 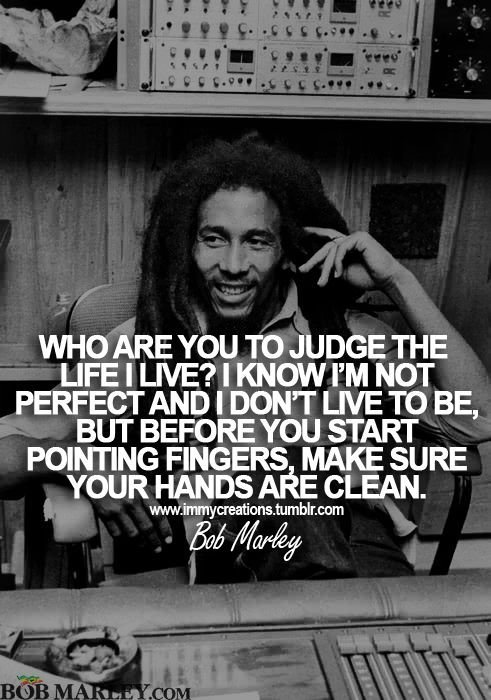 Marking the target at the outset, then only afterwards marking the circle they need to put around it, and in doing so perverting the course of real justice, is exactly what is currently happening with BVI’s COI, led by an English lawyer named Gary Hickinbottom

Mr. Gary Hickinbottom explained that his role as Commissioner isn’t to determine whether individuals in public office have been guilty of a crime. (Who is he, anyway, as an outsider with an outright conflict of interest, to have a role in a Territory that he has nothing to do with?) Instead, Mr. Gary claims that his "role" is to consider all the information that he gleans from fishing around, and make a finding as to whether - in his biased, conflicted opinion - anyone in public service may have been guilty (without a trial!) of corruption, abuse of office, or other serious dishonesty in relation to their service.

“If I conclude that there is nothing possibly amiss with the governance of these Islands, I will say so; and that will be the end of it. But, if I find there is some possible substance to the concerns, then, as the Terms of Reference require, I will have to consider what might be done about them, and make recommendations for action, for example, in terms of whether criminal proceedings might be brought against any individuals. It would then be for the criminal courts to determine whether crimes have been committed,” Sir Gary explained.

Hahahaha! What skills or expertise has he to run any government office? What did he ever do in his life besides pointing fingers and criticizing others? He is just a lawyer, not a doer, not a manager or an economist or an engineer, just a lawyer with a legal practice but not a real life, and bereft of country management skills, knowledge or practice.

Who elected him to run a higher-level government to adjudicate on BVI governance above the democratically-elected government?

Why doesn't he first go to search, check out, and clean up his own government for all what they did wrong in the past at the cost of so many lives, and to some extent continue to do nowadays? His own government has failed to deal with COVID-19, failed to lockdown and failed to open up, failed to vaccinate and even develop their own variant, failed to do Brexit for so many years, failed to pay their taxes to the EU, failed to fight stabbing and endless daily crimes, lost the war in Iraq (that was started also because of fake blame). So why do they think they can still point their fingers at others?

Mr. Hickinbottom, please go home and mind your own business. Your legal trickery could have fooled people in 1717, when they were slaves and your people were perpetrating crimes against humanity on a global scale. But this dirty trick won’t work in 2020.

Hiding behind a funny wig, and camouflaged with the honorary degrees given to you in exchange for loyalty to a foreign government that for centuries abused millions people, does not entitle you to check if - and not what – the successors to these oppressed millions have done wrong. Your “role” is a complete sham, and you lack the basic moral authority required for the job you took, which is against the public interest of the BVIslanders. Instead, any Commission of Inquiry at this level should be about paying them reparation for the crimes against humanity your people committed against them, over the centuries, out of racism and ruthless greed.

Mr. Hickinbottom: your “role” should not be accepted, your presence should not be condoned. Please go back home help to clean up your own country with its many self-evident failures, that we all know are still costing lives.

Be assured that the BVI people, by themselves in their own Islands, are smart enough to clean up any wrong-doing, mistakes or even corruption (not that there is any evidence of that at all).