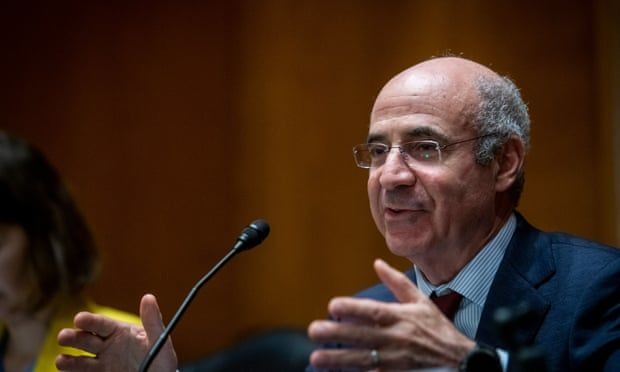 The US-born financier, an outspoken and longtime critic of Russian president Vladimir Putin, has said that installing such a ban would strike at the heart of what he described as a persistent problem of oligarchs using the UK legal system against journalists and whistleblowers, tying them up in expensive lawsuits.

Browder suggested sanctions could ultimately be targeted at any legal and financial experts who it could be shown have helped oligarchs hide their assets, but said his initial proposed blacklist was focused on British lawyers involved in libel cases.

Browder described “this whole class of British lawyers” instructed by Russians and those with links to Russia to bring “lawsuits against journalists, dissidents and whistleblowers, myself included, and they make money”.

“There’s this industry,” Browder said. “It will be pretty hard to legislate away the idea that a plaintiff can hire a lawyer to sue for libel, because how do you define what’s good and what’s bad? But if you identify a lawyer who has been doing this on a regular basis – going after people – the United States does not have to give them a visa to come to this country.”

The activist has proven to have influence on Capitol Hill. In a recent statement, US senator Ben Cardin called Browder a “hero” to “many” in the Senate, for his work in passage of the Magnitsky Act, an Obama-era bipartisan bill named after Browder’s former tax lawyer, Sergei Magnitsky, who died in police custody in Russia in 2009.

The act was designed to allow the US to punish officials linked to Magnitsky’s death, but also authorises the US to sanction human rights offenders and ban them from entering the country.

Browder said he was seeking the support of senators and members of Congress to write a letter to the US Department of State with a list of names of specific lawyers, whose visas he felt ought to be taken away. He did not name the lawyers who might appear on the list.

Browder also argued that targeting oligarch-enablers such as lawyers and accountants would be an effective way of finding their money, at least half of which he said ultimately finds its way to Putin’s coffers, as part of the Kremlin’s pact with the oligarchs.

“There’s going to be a whole lot of smart law enforcement work looking at sanctions evasion now. These people have been running circles around us in the past,” Browder said. “They have set up the most robust asset protection mechanisms with trustees, holding companies, nominees and proxies offshore.”

Finding the oligarchs’ money, he said, would be an “almost impossible task”. He said he would like to add an amendment to sanctions law to hold lawyers, accountants, bankers and other financial advisers liable – including possible prison time – if they are found to have created structures to evade sanctions.

Browder’s remarks follow his recent testimony before the Helsinki Commission, an independent body that consists of nine members of the US House, nine senators, and one member of the US state, defence and commerce departments. The commission is meant to help formulate policy in connection to the Organization for Security and Co-operation in Europe, and the hearing was focused on western “enablers” of Putin’s regime.

Among Browder’s recommendations in his testimony was for the US to create a list of law firms, PR firms and investigative firms involved in “enabling dictatorships and oligarchs to persecute journalists” and prohibiting the US government from doing business with those firms; canceling the visas of “foreign enablers”, enforcing rules in which lawyers and public relations firms are meant to disclose their work for foreign governments; and creating new laws to protect journalists from so-called SLAPP (strategic lawsuit against public participation) suits that are meant to intimidate the press.