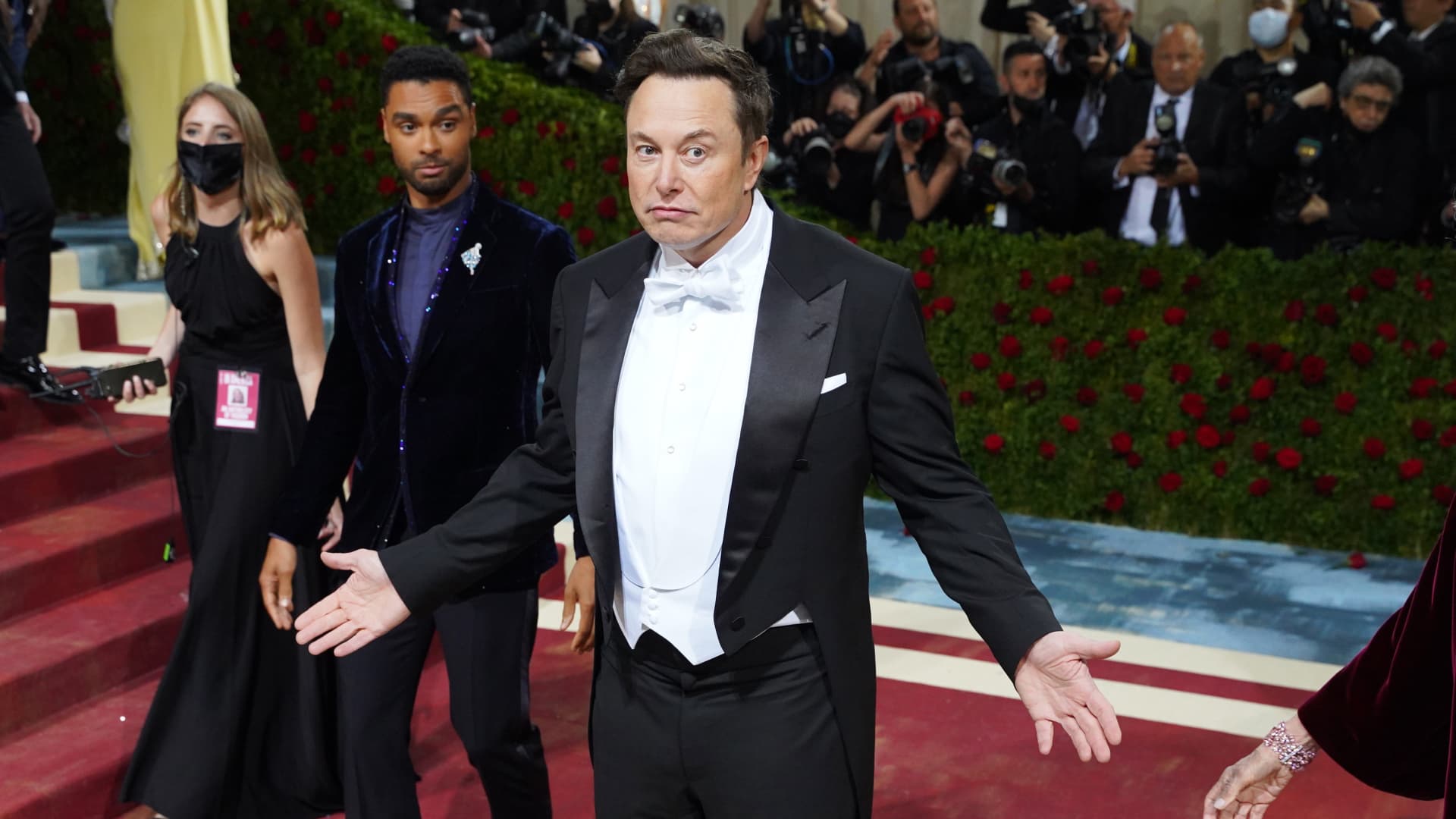 Most company leaders say they've managed to navigate difficult times spurred by inflationary pressures at their highest level in more than 40 years.

Goldman Sachs CEO David Solomon set the tone early this earnings season when he said inflation is “deeply entrenched” in the U.S. economy and impacting conditions on a multitude of fronts.

Most say they’ve managed to navigate difficult times spurred by inflationary pressures at their highest level in more than 40 years. They report cutting costs, raising prices and generally trying to adapt models to the uncertainty of what’s ahead.

“So I do feel like we’ve raised our prices. Well, we’ve raised our prices quite a few times. They’re frankly at embarrassing levels,” the mercurial electric vehicle pioneer told analysts. “But we’ve also had a lot of supply chain and production shocks, and we’ve got crazy inflation. So I am hopeful, this is not a promise or anything, but I’m hopeful that at some point we can reduce the prices a little bit.”

Nothing, however, seems certain at the moment, other than that inflation is on everyone’s mind.

Of the 91 S&P 500 companies that have reported so far, inflation has been mentioned on 85 of the analysts calls, according to a search of FactSet transcripts.

Like Musk, company officials generally expect inflation to come down from the 8.6% quarterly growth rate from a year ago, as measured by the consumer price index. The CPI accelerated 9.1% in July, the highest number since November 1981.

But they’re also not taking any chances, using pricing power now to bolster their top and bottom lines amid a highly uncertain environment.

“Our primary response to the environmental challenge of inflation is higher pricing,” said Michael F. Klein, the president of personal insurance for Dow component Travelers. “We are pleased with our actions to increase rates over the past few quarters and remain confident in our ability to achieve further increases.”

Though energy companies have been a major boost to the aggregate top and bottom lines, the overall feeling is that cash-rich consumers are able to handle the burden of soaring prices, at least for now.

“We have been able to and continue to be able to pass through our product cost inflation to our customers, and they are increasingly finding ways to pass that through to their consumers as well,” said Sysco Chief Financial Officer Aaron Alt. “We’re confident that will continue to be the case certainly in here and now.”

Economists have worried that a looming recession could chill consumer spending that has been persistent but short of the pace of inflation.

Citigroup CEO Jane Fraser said the company has been focused on what she calls the “three Rs”: Russia, rates and recession.

Russia’s invasion of Ukraine has been a contributor towards the supply chain difficulties that have aggravated inflation, which the Federal Reserve is seeking to tamp down through aggressive interest rate increases. The rate hikes are aimed at slowing an economy that contracted by 1.6% in the first quarter and is on track to have shrunk by the same amount in the Q2, according to Atlanta Fed projections.

Still, Fraser said she thinks the U.S. will avoid an official recession or at least a deep one, even though two consecutive quarters of negative growth fits the rule-of-thumb definition. The National Bureau of Economic Recession is the official arbiter on recessions and expansions.

“It’s just an unusual situation to be entering into this choppy environment when you have a consumer with strong health and such a tight labor market,” Fraser said on Citi’s earnings call. “And I think that’s where you hear so many of us not so much concerned about an imminent recession in the [United] States.”

But Solomon, the Goldman CEO, said the company is playing it safe even though its economists expect inflation to pull back in the second half of the year.

“I think our tone is cautious because the environment is uncertain. The environment is very uncertain,” he said. “There’s no question that economic conditions are tightening to try to control inflation, and as economic conditions tighten, it will have a bigger impact on corporate confidence and also consumer activity in the economy. I think it’s hard to gauge exactly how that will play out, and so I think it’s prudent for us to be cautious.”