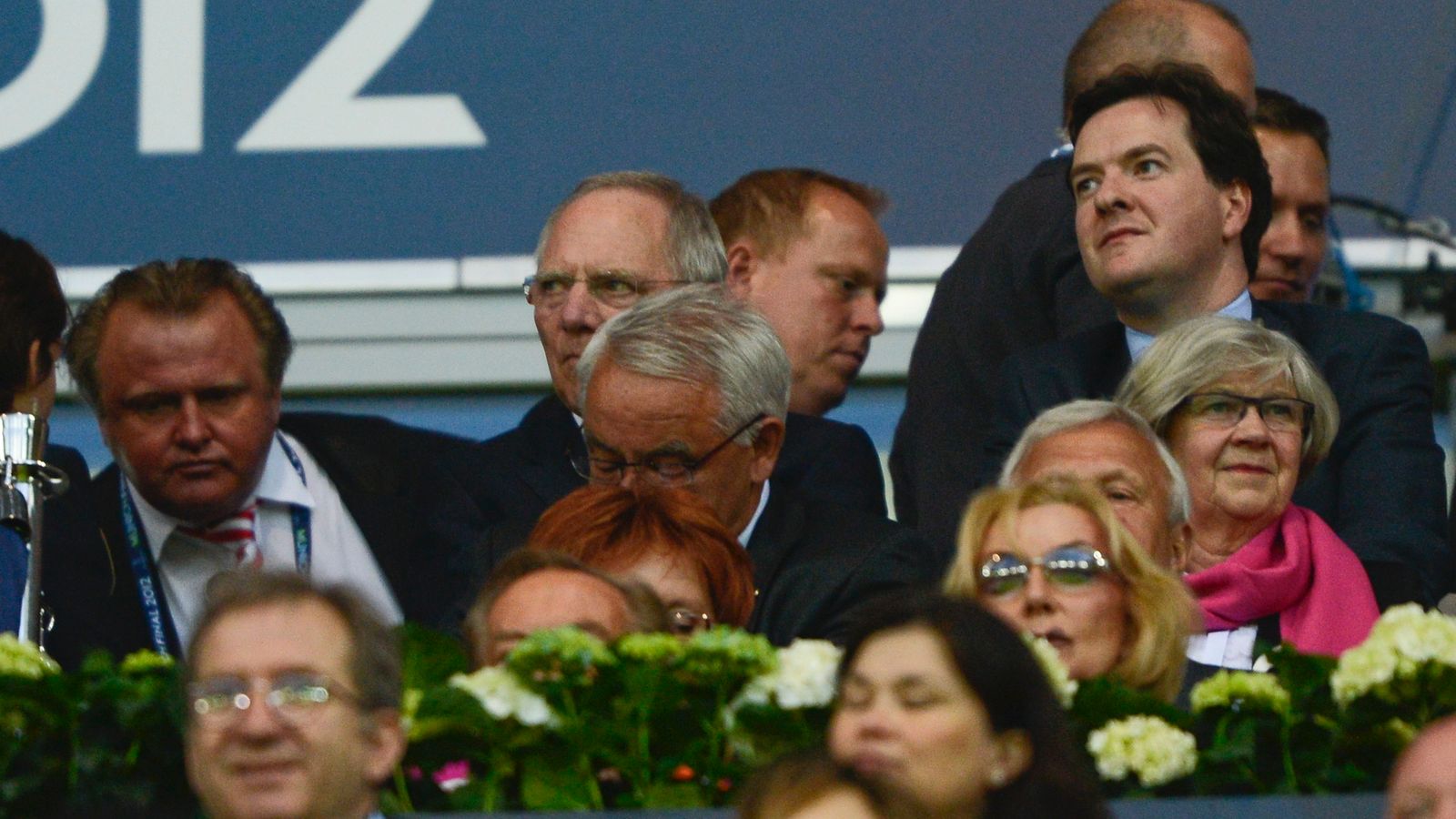 Robey Warshaw, the firm George Osborne joined last year, is trying to seal a takeover of Chelsea FC by a consortium led by LA Dodgers part-owner Todd Boehly and Clearlake Capital.
George Osborne, the former chancellor, has been parachuted in to help the Los Angeles Dodgers part-owner Todd Boehly clinch a takeover of Chelsea Football Club that would rank as the most lucrative sports franchise sale in history.

Sky News can exclusively reveal that Robey Warshaw, the City advisory firm that Mr Osborne joined last year, has signed up as an adviser to the consortium fronted by Mr Boehly.

The former Conservative minister, who left frontline politics in 2016 to amass a portfolio of private sector jobs including the editorship of the Evening Standard, is a lifelong Blues fan and season ticket-holder, and was pictured holding the Champions League trophy after Chelsea beat Bayern Munich in a penalty shootout in the 2012 final.

Mr Osborne is also a close friend of Lord Finkelstein, The Times columnist who has agreed to join Chelsea's board if Mr Boehly's bid is successful.

Robey Warshaw is now working alongside Goldman Sachs as an adviser to the bid comprising Mr Boehly, Clearlake Capital, Hansjorg Wyss and others.

The auction of Chelsea has become arguably the most politically charged sports deal in British history, eclipsing even the controversial takeover of Newcastle United by a Saudi sovereign wealth fund-led consortium.

Roman Abramovich's sanctioning by the government and disqualification by the Premier League as a director of the club he has owned since 2003 has left the Stamford Bridge outfit's fate in the hands of ministers.

A preferred bidder is expected to be identified by Raine Group, the merchant bank handling the sale, in the coming weeks, when it will be recommended to the government in order to secure a special licence approving the sale.

The field of suitors for Chelsea shrank from four to three on Friday when a consortium involving the Chicago Cubs-owning Ricketts family, the Cleveland Cavaliers owner Dan Gilbert and the hedge fund billionaire Ken Griffin withdrew from the process.

The consortium issued a brief statement to say that it had not submitted a final offer owing to "certain issues [that] could not be addressed given the unusual dynamics around the sales process".

One source close to the Ricketts-led bid said that Mr Griffin had decided against committing to a binding offer.

The True Blues Consortium - a Chelsea supporters' group which counts former Blues captain John Terry among its founders - has thrown its weight behind Mr Pagliuca's bid.

More than 10,000 Chelsea fans have expressed an interest in owning shares worth more than £150m as part of the deal that will see Mr Abramovich replaced as the club's owner.

Sky News reported earlier this week that Mr Boehly's offer would in fact be dominated by Clearlake Capital, a San Francisco-based investment firm, which would own at least 50% of Chelsea if its bid succeeds.

Mr Boehly and his co-investors Mark Walter and Mr Wyss would own minority stakes, although they would share operational control of the club.

Jonathan Goldstein, a London-based property developer who works closely with Mr Boehly, has also been involved in the bid.

Final bids, which were expected to value Chelsea at more than £2.5bn, thereby breaking the record for a sports club takeover, were tabled on Thursday.

On Sunday, the Blues face Crystal Palace in an FA Cup semi-final - a match which highlights the fact that Mr Harris and Mr Blitzer will have to dispose of their shares in the south-east London club before acquiring an interest in Chelsea.

Sources close to the remaining bidders say that Raine has told them it may await clearance from the Premier League for all of the consortia before presenting a preferred bidder to ministers.

Scrutiny of the four bids by English football's top flight has already got under way after the remaining consortia submitted details of their key investors to Raine just over two weeks ago.

The Premier League is expected to take the remainder of this month to evaluate those involved in the bids - who include a string of US billionaires and pillars of the British corporate establishment - and its work to approve all three consortia means the sale process may need to be extended.

All the bidders have been told to provide legal undertakings that they will guarantee at least £1bn of investment in the club's infrastructure, its academy and women's team if they buy it.

The sale process has been complicated by the sanctions against Mr Abramovich, but has not inhibited interest from a multitude of billionaires who either control or own stakes in a legion of North American teams spanning baseball, basketball and ice hockey.

The cluster of bidders underlines the extent to which the English Premier League has become a magnet for financiers from across the Atlantic during the past 20 years.

Arsenal, Liverpool and Manchester United have all been acquired by US-based businessmen during that period, and a significant number of other top-flight clubs also have American backing.

Last season's Champions League-winners have been thrown into disarray by Russia's war on Ukraine, with Mr Abramovich initially proposing to place the club in the care of its foundation and then formally putting it up for sale.

By the standards of conventional takeover processes, the Chelsea auction has moved at breakneck pace, with executives at other major investment banks suggesting that such a complex sale would typically have taken at least six months.

Prior to being sanctioned, Mr Abramovich had said he intended to write off a £1.5bn loan to the club and hand the net proceeds from the sale to a new charity that he would set up to benefit the victims of the war in Ukraine.

A rapid conclusion to the auction sale is seen as essential if Chelsea is to avert the uncertainty that would trigger the break-up of one of the top flight's most valuable playing squads.

Mr Abramovich had initially slapped a £3bn price tag on the Stamford Bridge outfit, with the net proceeds being donated to a charitable foundation set up to benefit the victims of the war in Ukraine.